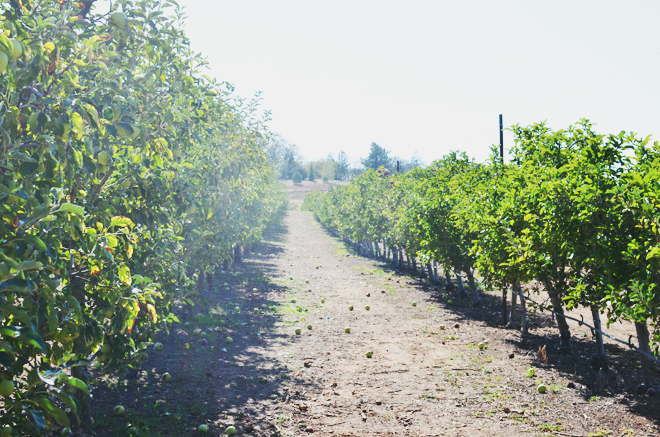 If your local, or visiting Southern California, spend an afternoon apple picking in small town, Julian, about an hour east of San Diego, and two hours south of Riverside. There are plenty of apple orchards for apple picking, but you will want to make sure and check their sites online or call ahead because some might already be out of apples and closed for the season. We went to Volcan Valley Apple Farm because they are an organic apple farm and their apple trees are all trellised, so Ben wanted to check that out. They charge $10 for a 5lb. bag. 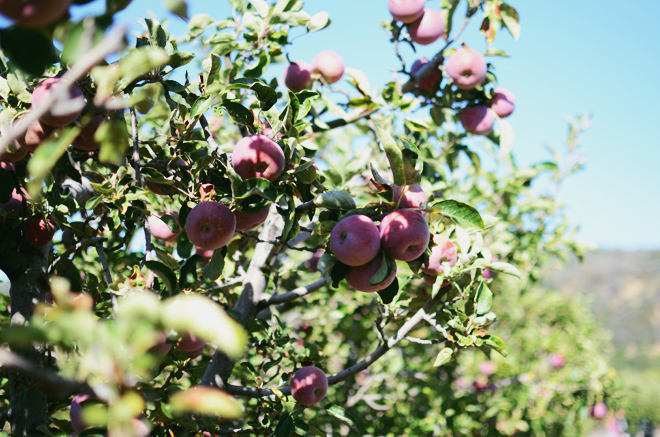 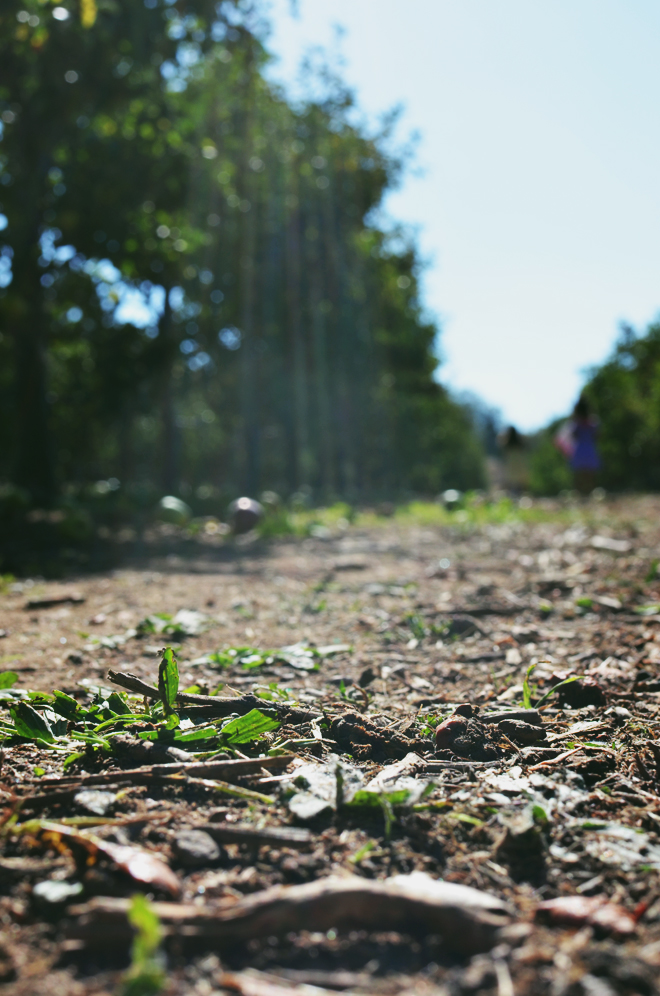 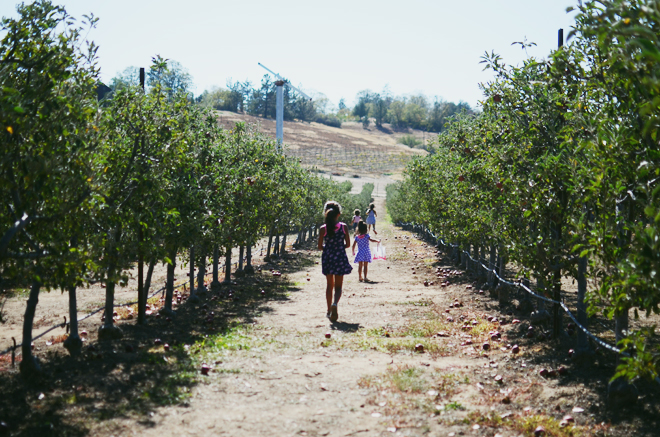 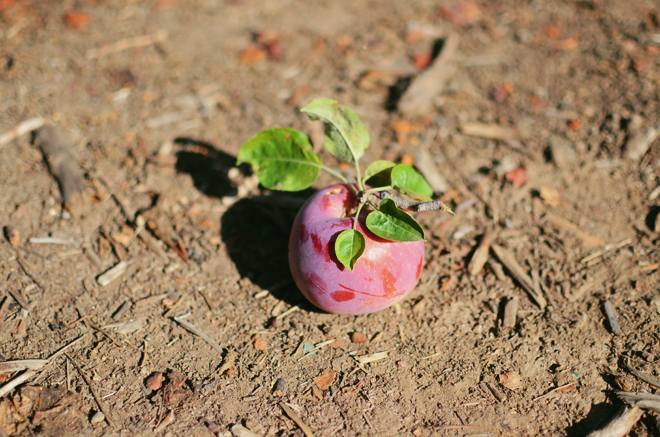 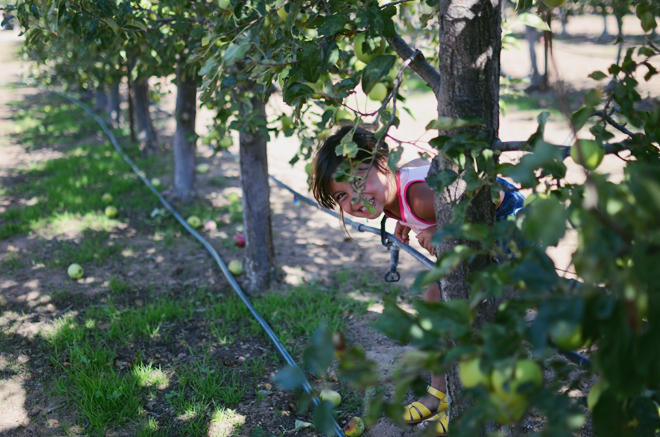 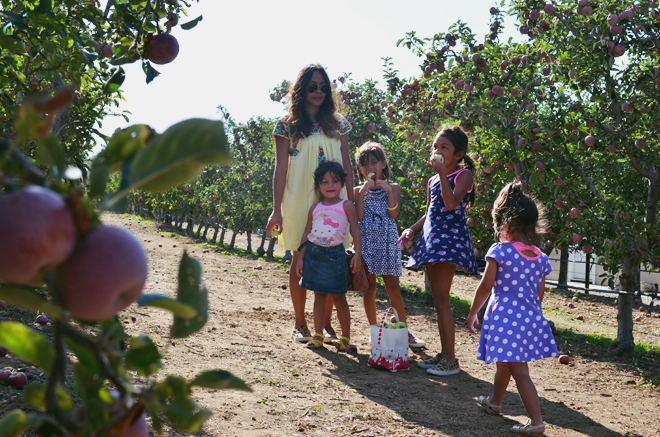 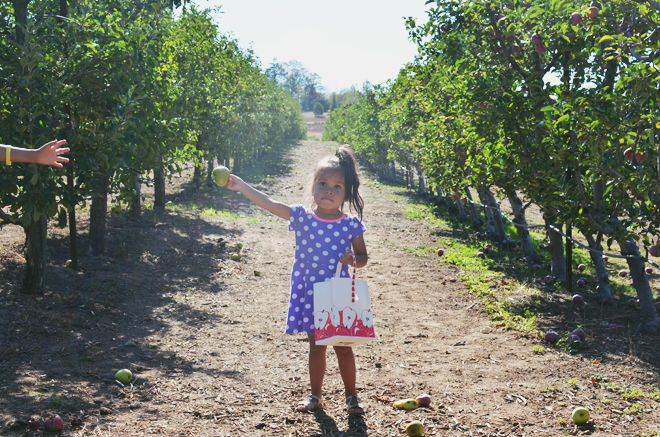 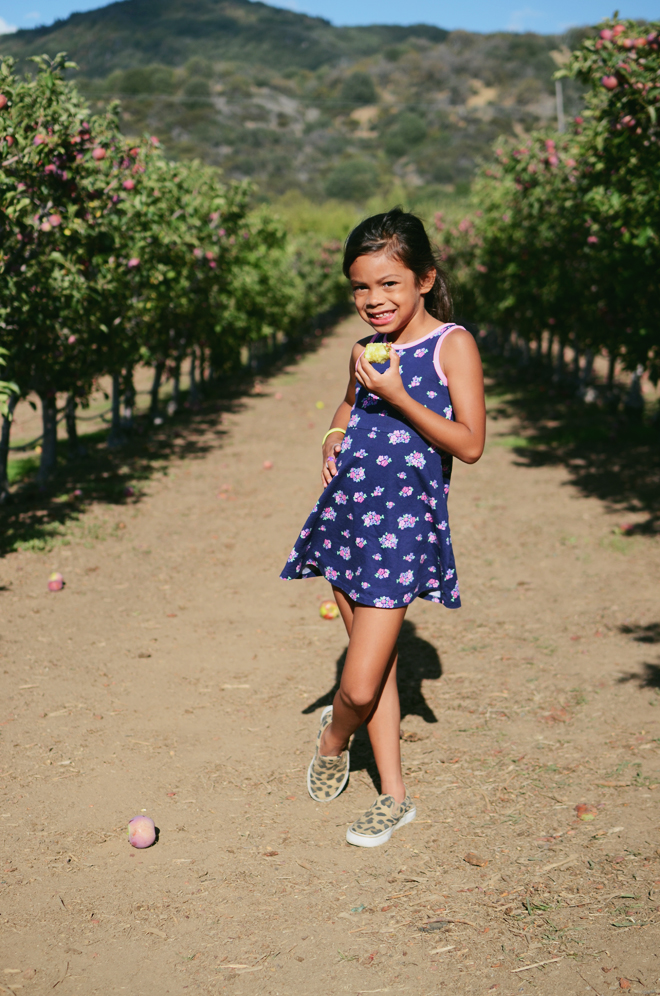 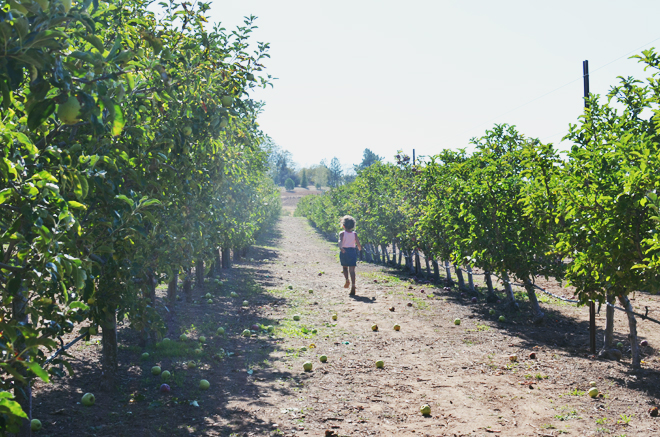 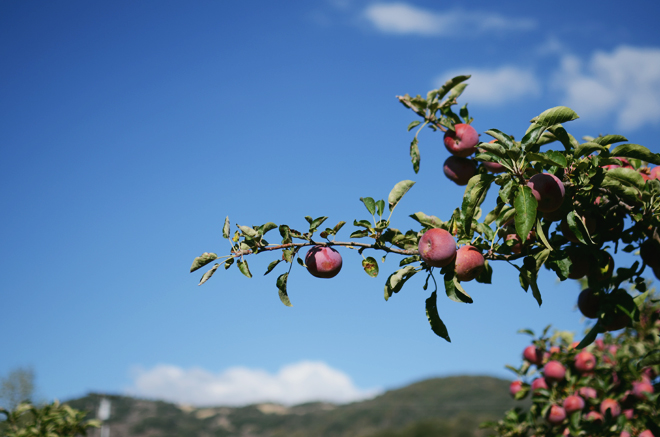 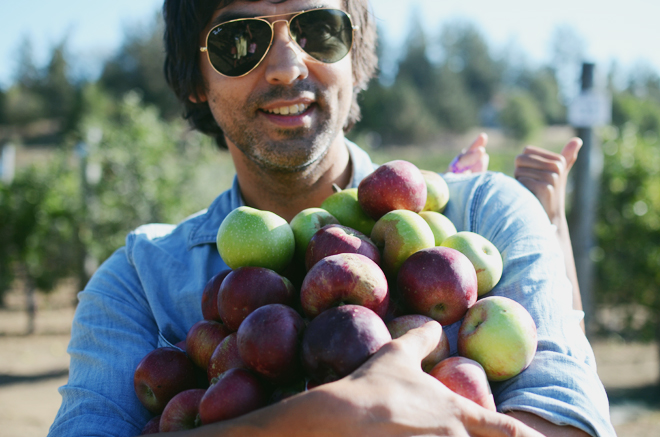 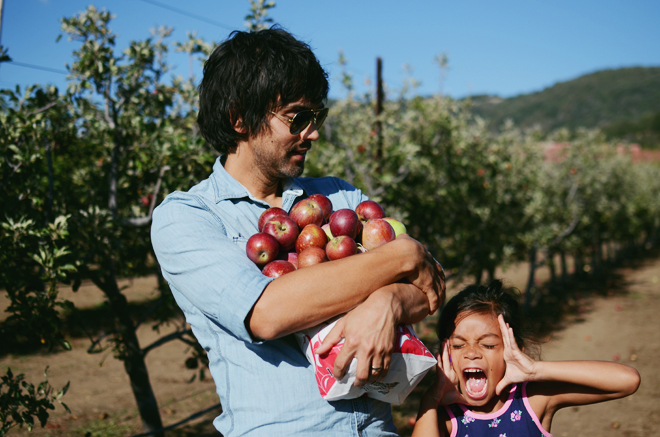 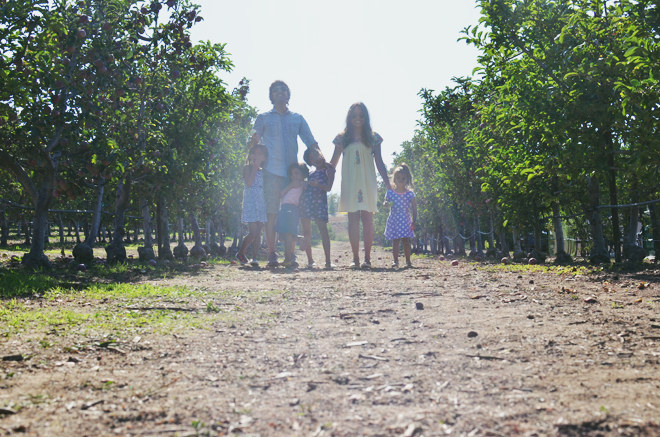 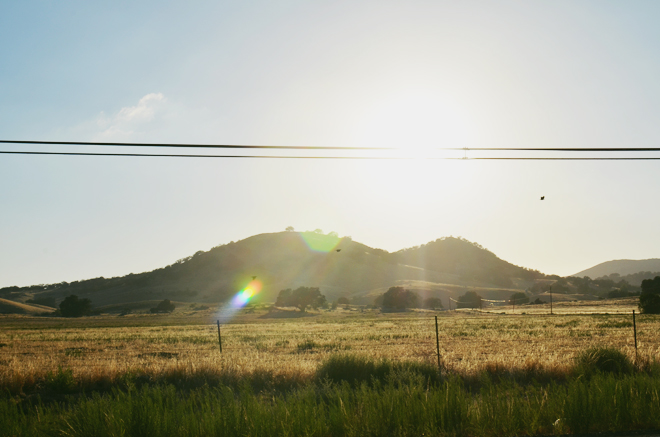 Once the girls set foot in the orchard, they just wanted to take off running. We found an aisle that was free from other pickers and we let them run wild. Soul loved it the most and kept running up and down the aisles. The workers at the farm told us we were free to eat apples as we pick, and boy we made sure to get our fill. I think each of us ate about 4 apples! The kids were loving that so much. You can see True above doing her best impression of Apple Jack (one of the My Little Ponies). The varieties found at this particular orchid were Pippin, Empire, Jonathan, and Golden Delicious. They had other varieties (Gravensteins) that weren’t available yet, but they should be now, and some other varieties (Gala and Fuji) were already done for the season.

We picked a lot of apples. A LOT! Another wonderful thing about this particular apple farm is that since they have dwarf apple trees, there are plenty of low branches for the little ones to pick from. Glow was initially hogging the apple bag, but once it got too heavy for her to carry, she gladly passed it off to us. People were in awe of how many apples we picked! I think we came home with 15 lbs. We put them in the fridge and they have all kept pretty well. It’s been two weeks, and they all still taste absolutely delicious.

After we went apple picking, we went into town and strolled Main Street for a bit. I really wanted to go to the Julian Pie Company because of the reviews on yelp, but they had already closed for the day. I read that their cinnamon ice cream is amazing, so we may have to make another trip back one day. We did end up getting a slice of apple crumb pie from Mom’s Pies (they had pretty good reviews on yelp too), with a side of cinnamon ice cream. Here’s a tip, the pie shops on Main Street have really long lines, but if you go to the ones on the way out of town, you’ll likely avoid the lines.

I would have loved to check out more of the historical sites in Julian, but we were running out of time. This means we will just have to go back again someday.

dress to jumpsuit with illustration