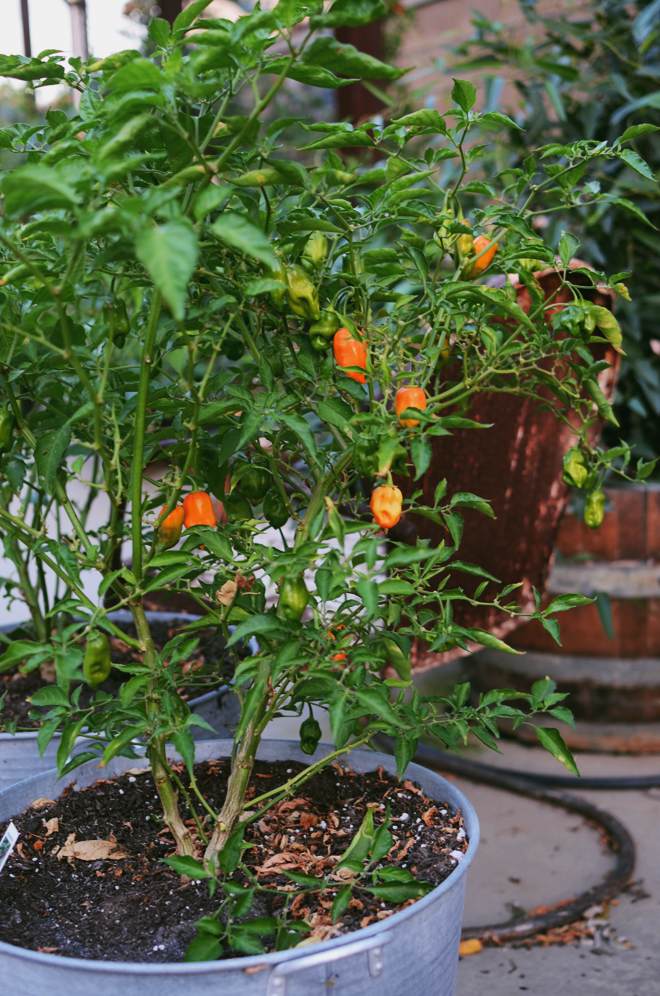 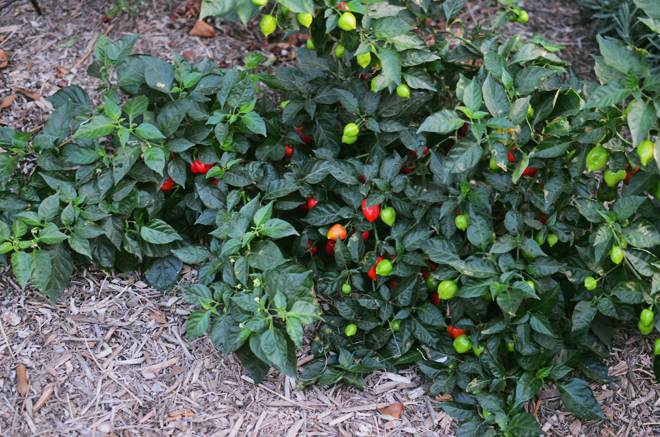 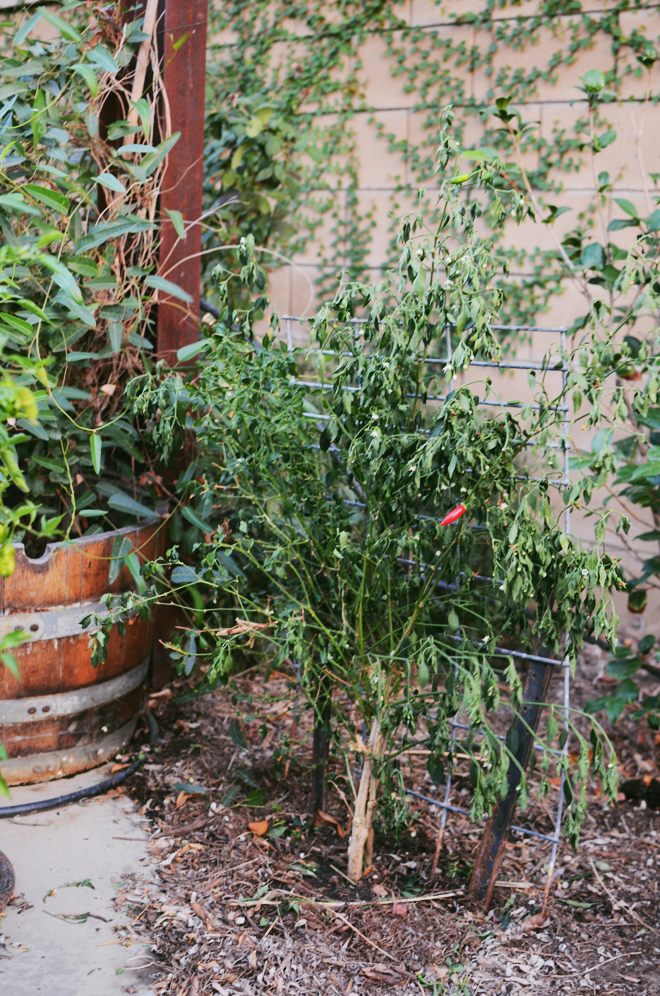 They started off like this, then they went, “BOOM!” and now we don’t ever need to buy habaneros from the grocery store. Yippee! We use about 7-8 habaneros a week for this dish (it’s our Friday night thing). Oh gosh, the dish is insanely hot, but it tastes so good. Habaneros have this sweet flavored heat, and combined with lime, tomatoes, and avocados, make this ceviche dish one of our favorite things to eat.

We put most of our pepper plants in the zinc pots, but the one we put in the ground just went crazy. We thought it was an orange habanero because that’s what it was labeled, but obviously it’s a red one. After doing some research, we learn the red ones are way hotter than the orange. The red habanero has an average Scoville rating of 450,000 versus the average for the orange is 200,000.

Our serrano pepper plants were green and bushy, but Ben needed to move them because he needed the space for some fruit-bearing trees. So he transferred them to another area of the garden. The image above is a photo from the day he made the transfer, and while it’s worse now than when it was initially transferred, hopefully it’ll be ok (only time will tell!). If not, we will just have to replant. We also have a Padrón pepper plant (not really that hot) and a Ghost pepper plant (supposed to be ultra-hot, but one fruit has formed, but not ready for harvest yet… scary!). We want to grow some Thai chilies too.

Our current garden project is building more raised beds because Ben has plans to add more trees in them. Every weekend, he is out there building more beds. He’s taken out a lot of my floral bushes and roses to make room for more fruit trees. Our garden projects seriously never end.