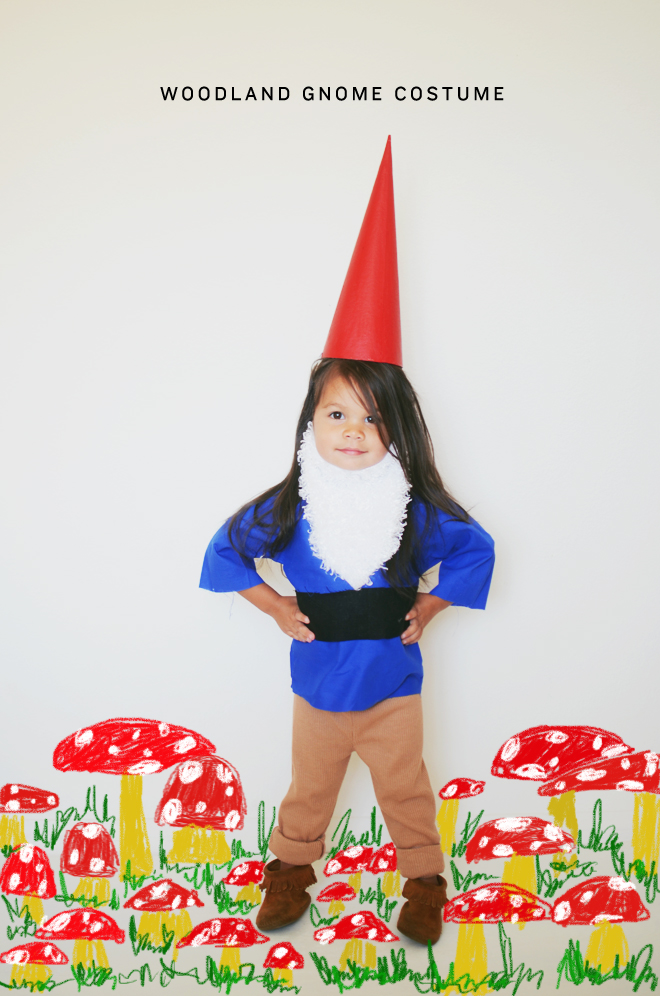 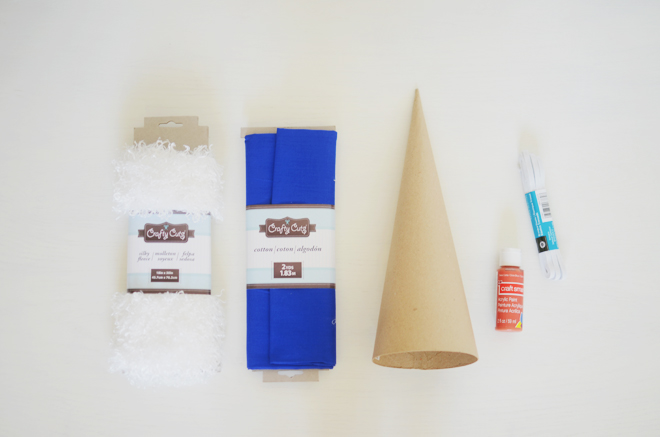 Directions:
1. Paint your cone. We did two coats of red. Once it is completely dry, punch a small hole on one side of the cone for the elastic, and then another hole directly across for the other elastic end. Cut the elastic to a length that would be appropriate for your child’s head (or whoever is going to be wearing it), insert each end through the hole, and knot to secure. 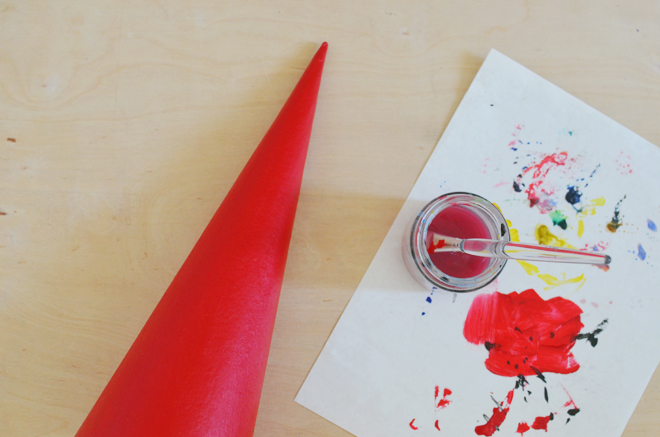 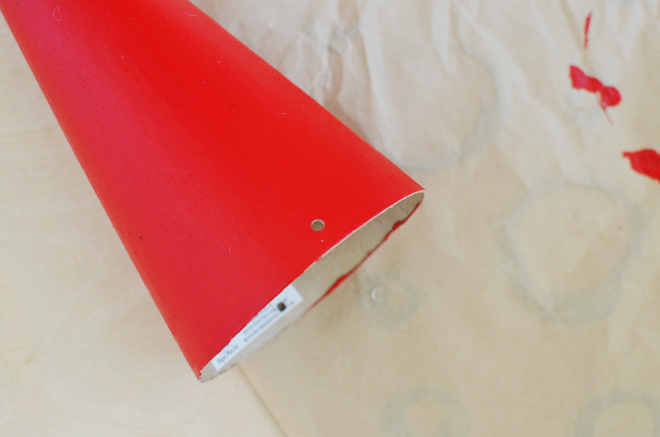 2. Using the Gnome Beard Template, cut out the beard from the silky fleece fabric. After it is cut, shake off the beard to rid of any excess fleece fibers. Cut the elastic to a length that would be appropriate to be worn on top of the ears and around the back of the head. For my child, 9″ was a sufficient length for the elastic to be snugly worn around. Sew each end of the elastic in its place (see template for placement). 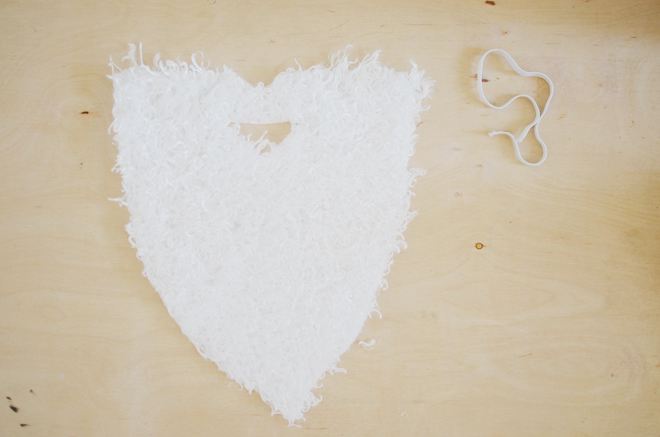 3. Using a loose shirt or dress as a guide, add an extra 1″ for the seam allowance, and cut out your gnome top in a kimono-like shape. With the right sides together, sew along the shoulders and down the sides of the shirt, turn right side out, and press. I left the neckline, bottom, and sleeve openings raw and unfinished. If unfinished edges drive you crazy, go ahead and fold those openings in 1/4″, press, fold another 1/2″, press, and then edge stitch around.

Typically, I would wash the fabric before sewing, press it, then cut out my pattern and sew it together. This time though, I skipped all of that. I was going for fast and easy! 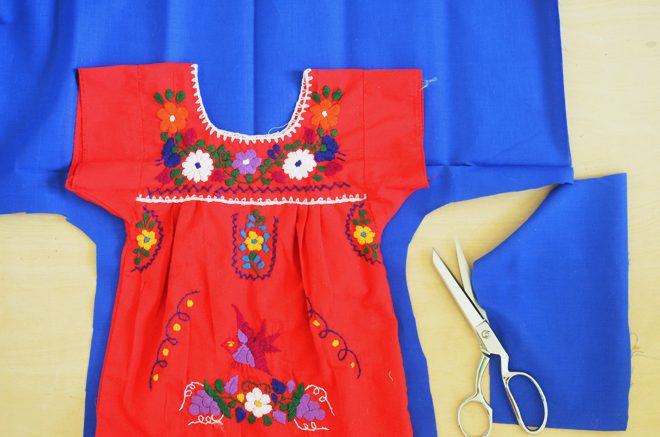 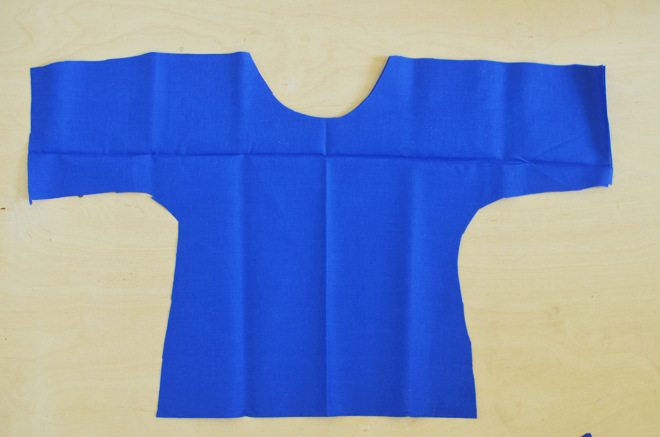 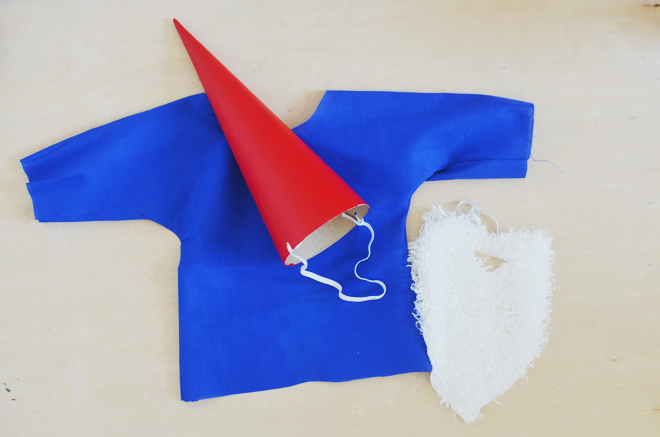 There you have it… the basics for a whimsical gnome costume. We already had some brown leggings, so we just used that for pants, I cut out a strip of black fabric to be used as a belt, and our gnome was complete. The tricky thing is getting your child to wear the beard (at least it was for me)! She refused to wear it under her nose, so I gladly settled for under her chin. If you think your child won’t want to wear it under his/her nose, don’t bother cutting out a place for their mouth, but as you can see here, you can’t even really see the hole that was cut out for it. And if I were going to do it again, I would have used black elastic instead so it would hide in her hair well. 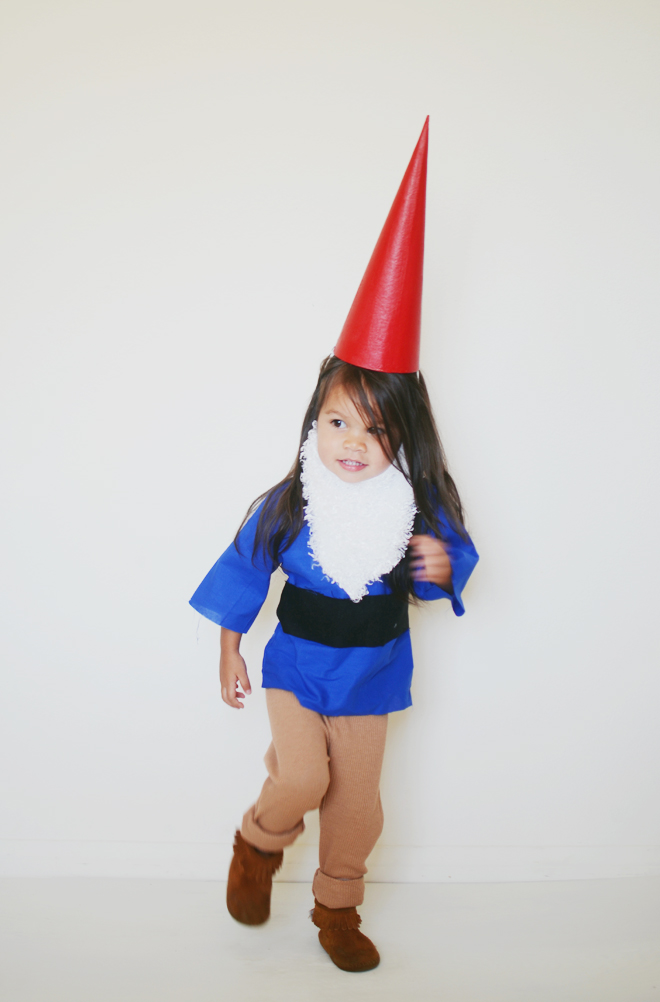 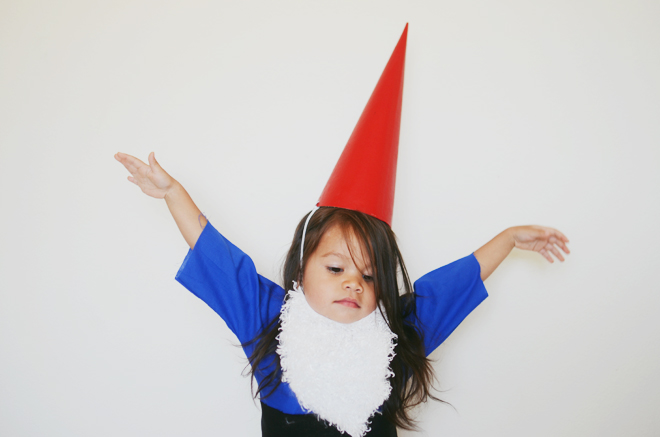 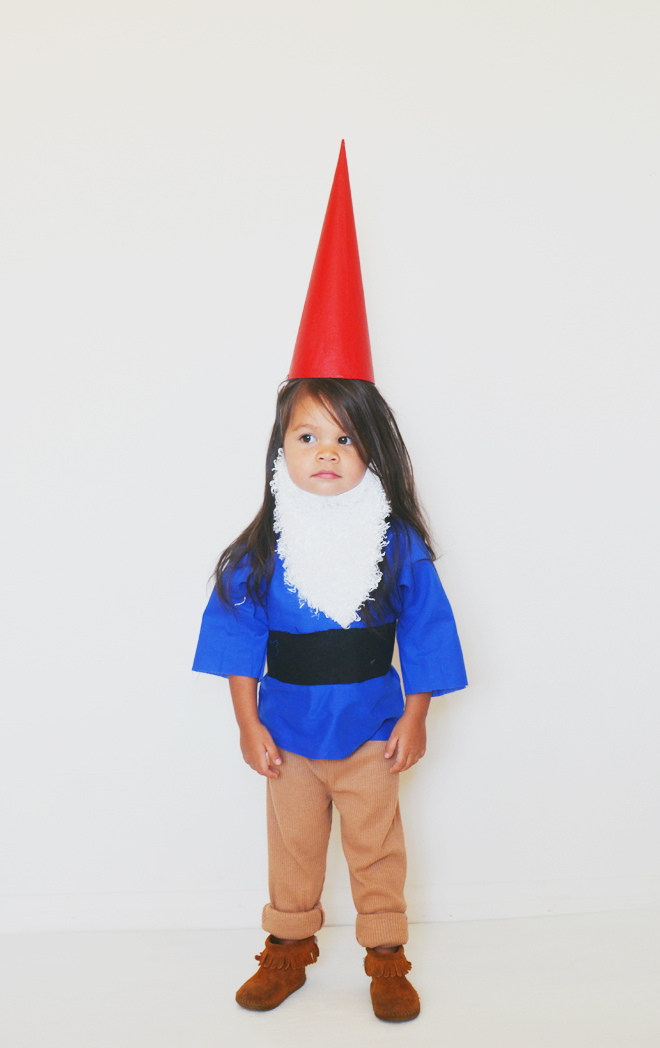 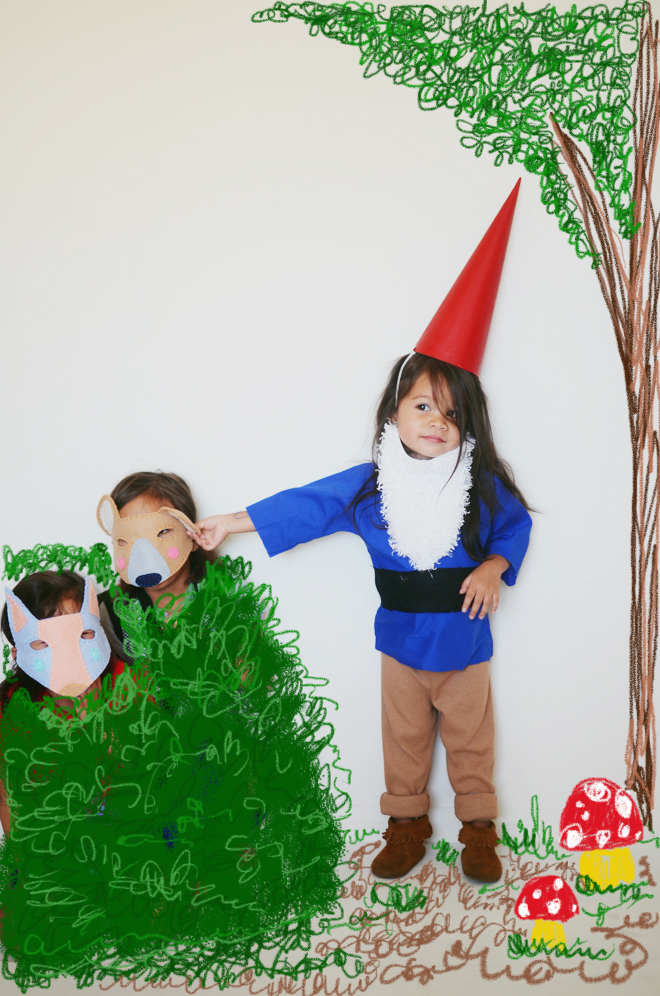 Make some woodland animal masks for the rest of the family and then you’re ready for a cohesive family costume, or you can even go for Snow White and the Seven Dwarfs. I called this a woodland gnome, but it most certainly could be a garden gnome, and you could make everyone else wear flower masks made from paper plates or something garden-y like that. In addition, I think making the gnome hats and beards would be cute for a woodland or garden party. My friend threw this woodsy one-derland party recently, and I wish I had this costume idea then to share with her.

This post is part of the Michael’s Maker’s Series.