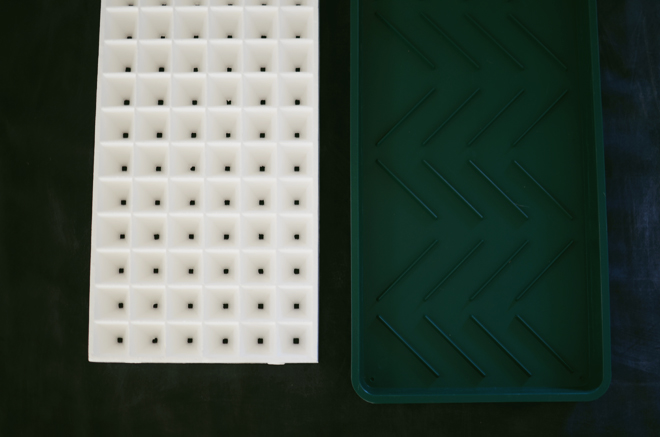 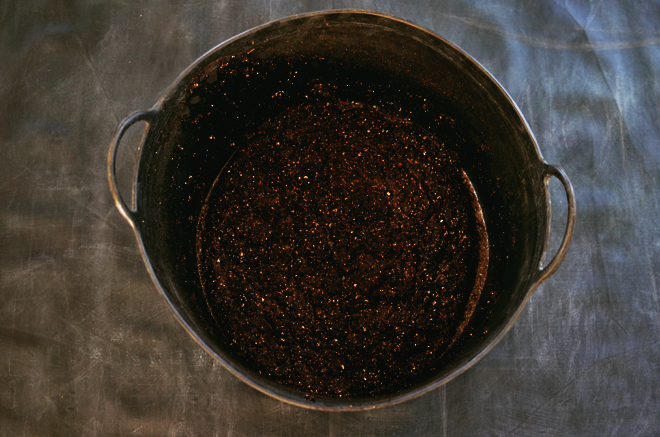 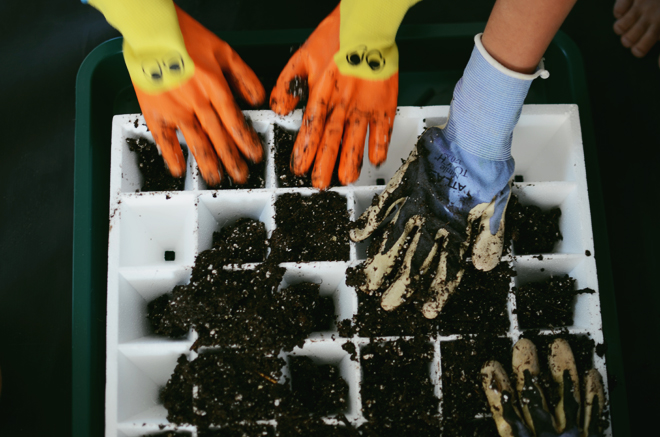 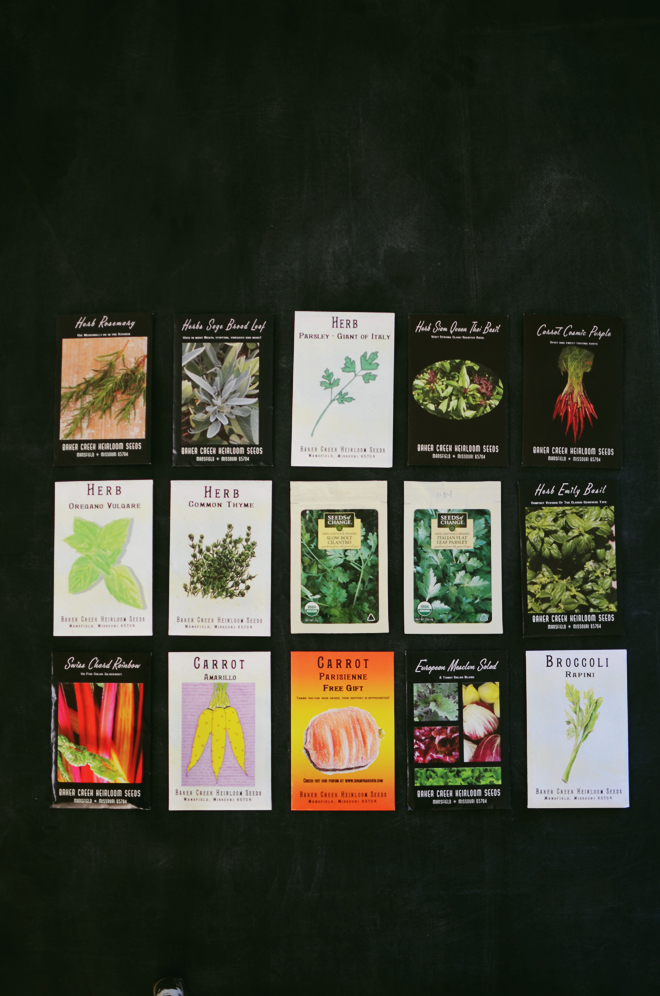 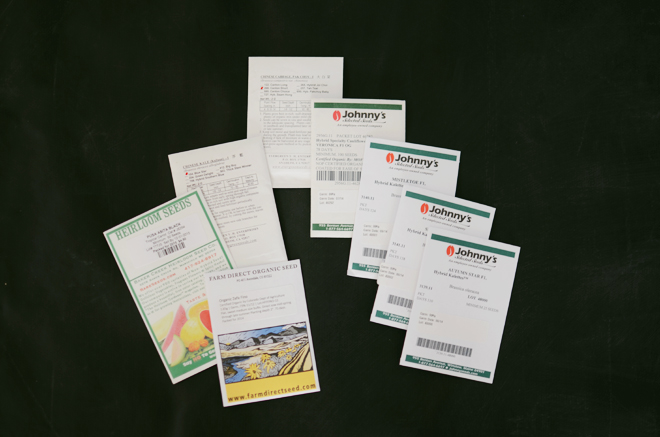 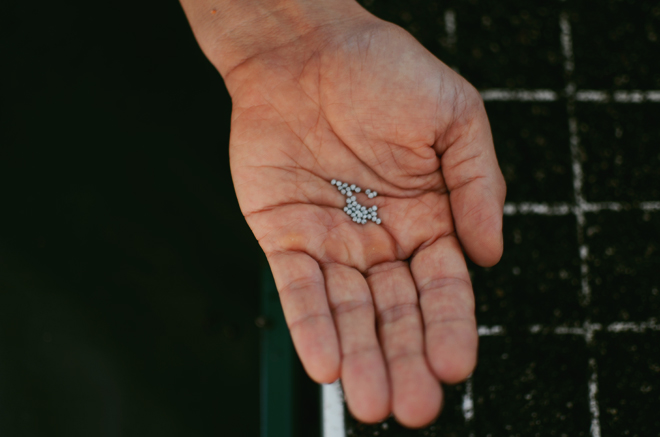 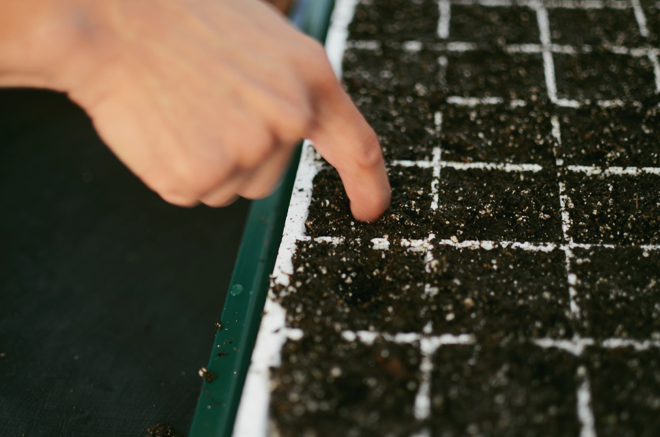 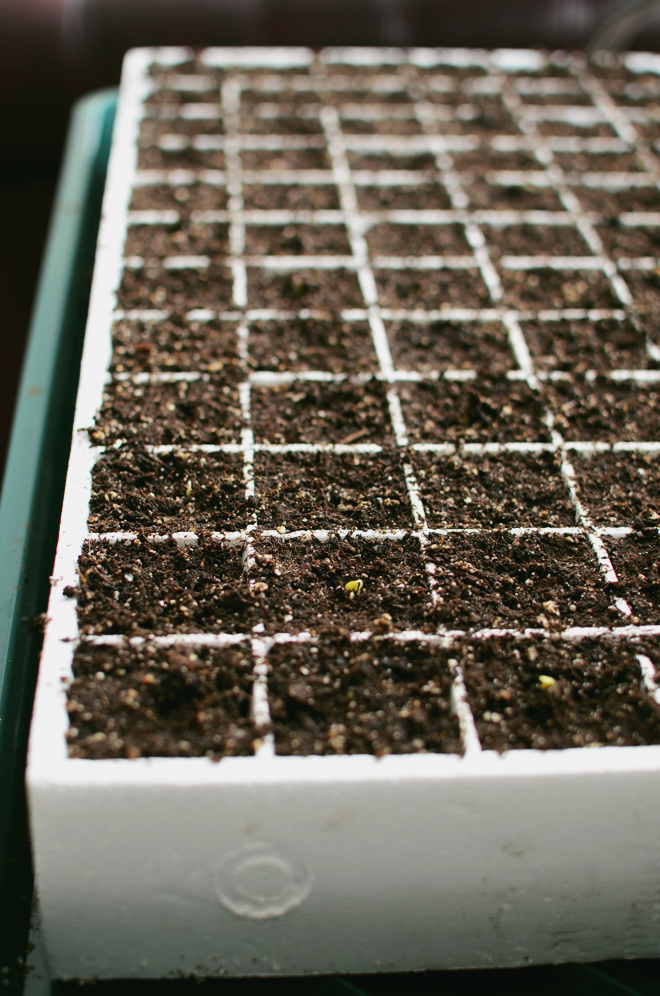 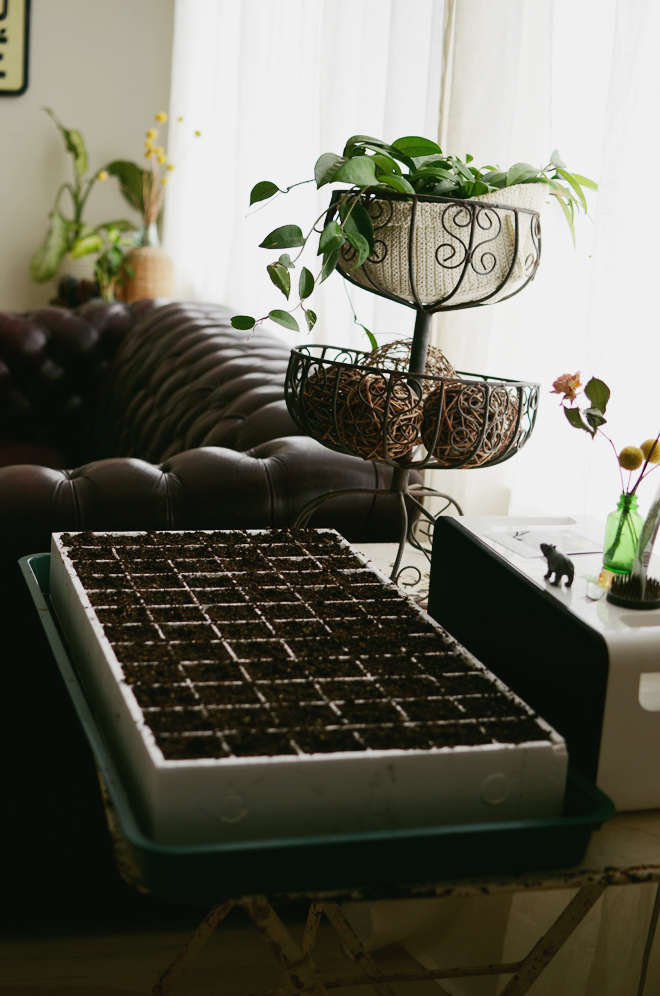 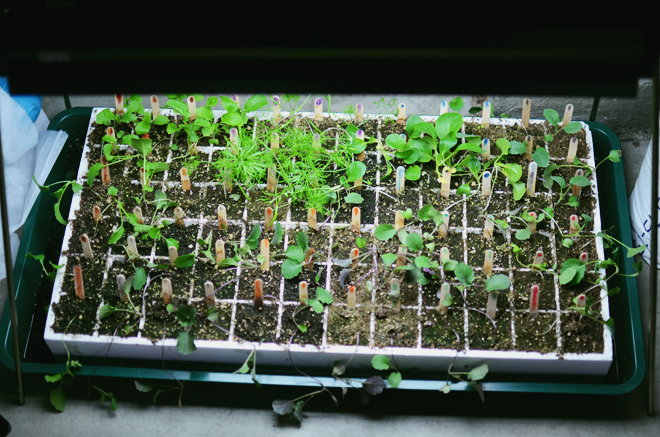 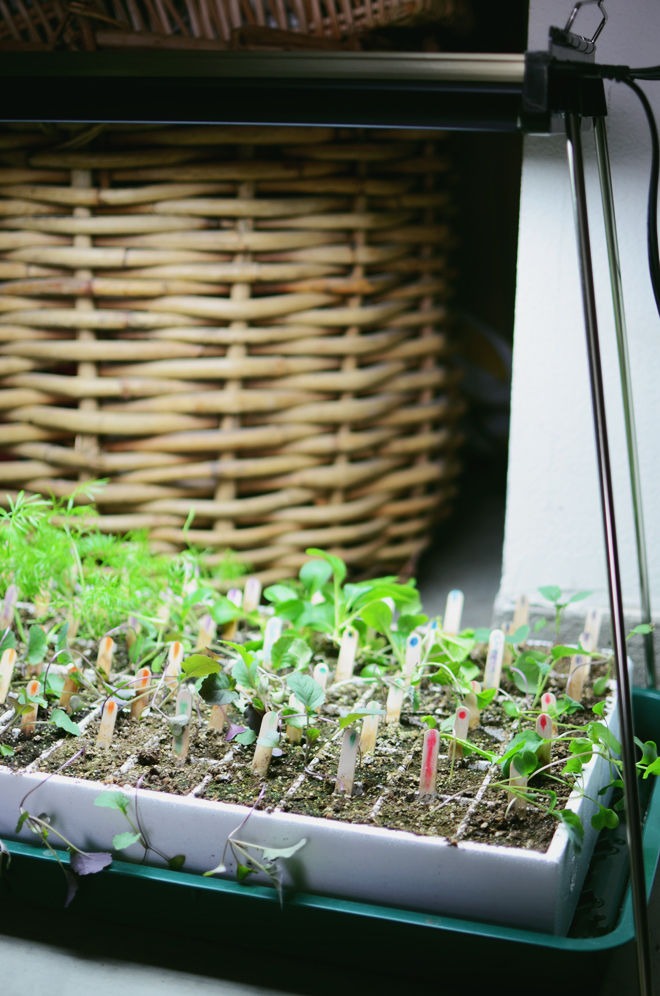 We got started with our winter garden about a couple months ago. To start the seeds, we used:
– Pro-Mix 4-cu ft Potting Soil (mixed with water)
– seed starter tray
– medley of cool-season tolerant vegetables

This was our first time of starting vegetables from seed, indoors in trays. One of the new vegetables we’re trying were 3 varieties of kalettes (a cross between kale and Brussels sprouts). The packet instructions on these (and another one I believe), suggested they be started indoors. Wanting to follow the instructions well, Ben decided to experiment with a seed starting tray. (In the past, we’ve always just placed the seeds in the soil in the raised bed.)

Since seeds need good light, Ben had read that a South-facing indoor location with plenty of sunlight (it gets plenty here in So Cal), should be fine. Well, despite being in the brightest spot in the house, we noticed they were getting too leggy (abnormally long stems) after a few days. We realized they probably weren’t getting enough light (as hard as it was for us to comprehend). So, we purchased a Jump Start light system and moved them to the garage. They really blossomed being underneath the special light.

But, the legginess they had acquired remained. Would they do ok going in the ground? Would these floppy seedlings with fragile, elongated stems challenge the integrity of their health? Would we have to start from scratch?

Well, we experimented with putting them in the ground after being in their trays for 3 weeks. And while they appeared similar to a gym rat with an overdeveloped upper body and chicken legs at times, they seem to be doing well now after being in the ground for 6 weeks now. I have a couple more posts to share about our winter garden soon.

a love-ly string of sweetness