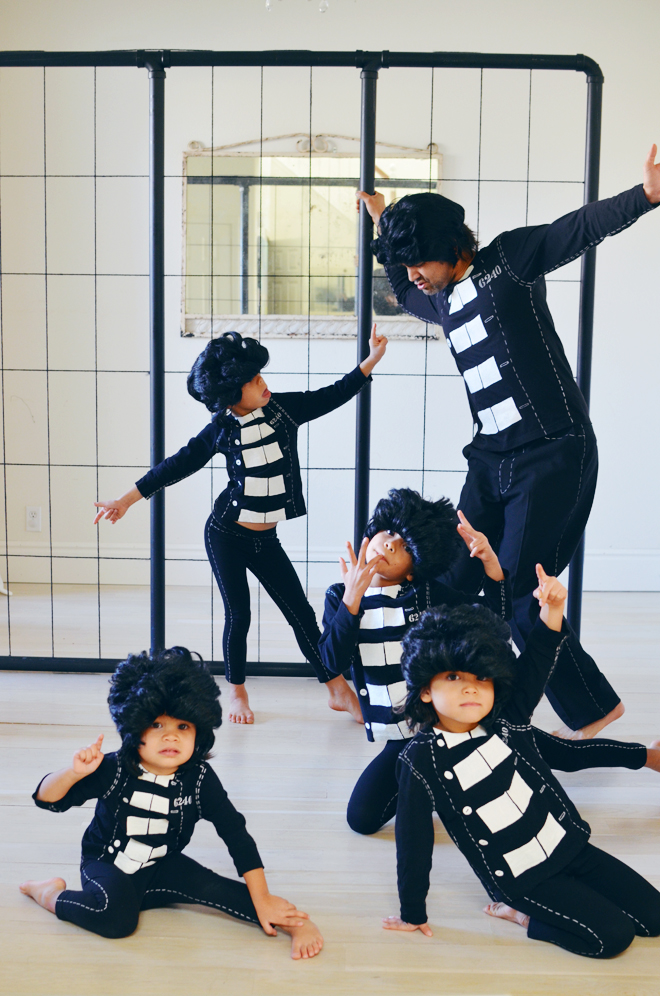 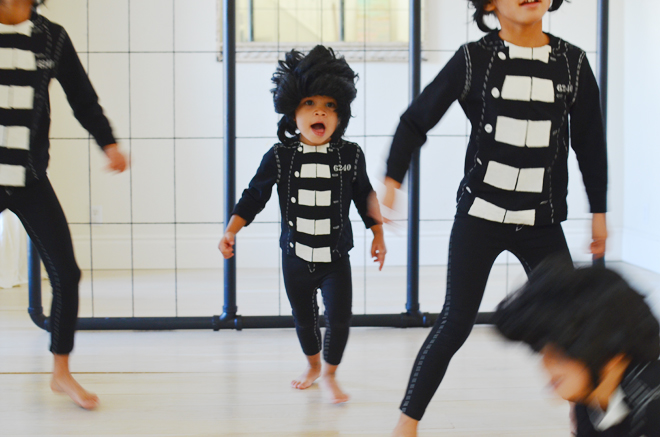 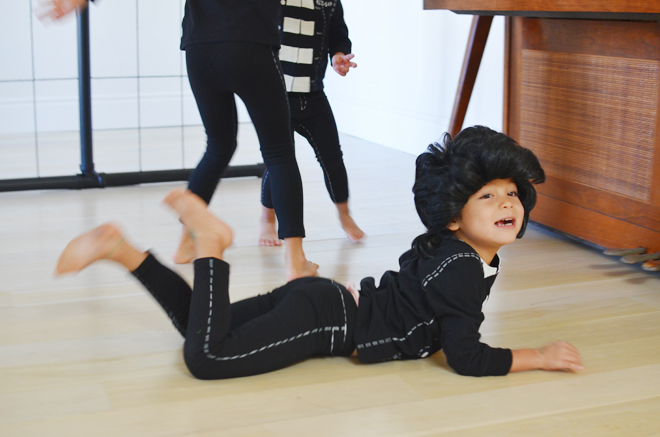 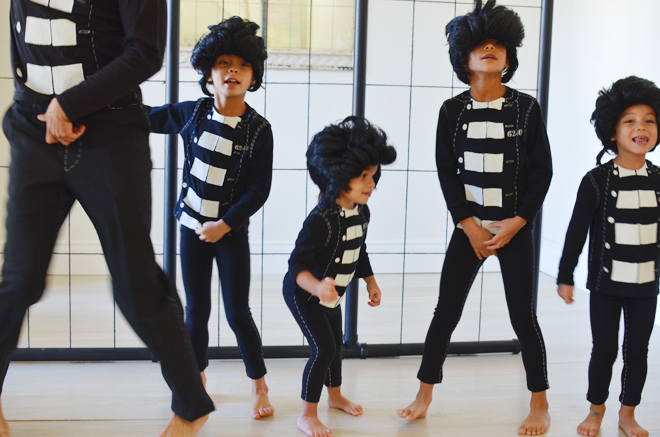 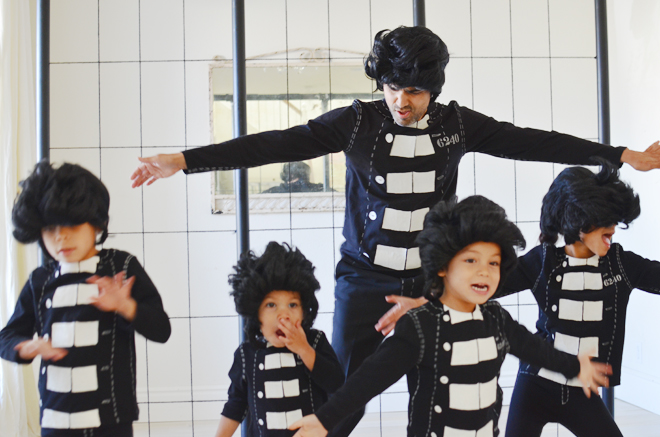 There’s this tradition Ben started when we just had True, and it’s called, “Rockin’ Mommy Day.” It’s not Mother’s Day, but a random day he picks and they end up surprising me with something just to show his appreciation (he’s a sweet guy). I never know when it’s coming and it isn’t a yearly thing either. The last time we had Rockin’ Mommy Day was in 2009, and they surprised me with a Michael Jackson performance (see the post about it here, and here is a picture from the very first one).

Well, one Saturday morning, I got a special note telling me to take the day off, and chillax doing whatever I wanted. Later, I got another note giving me instructions to go downstairs, and I yelped in excitement in seeing all the Elvises. They had me sit down while they did a special rendition of “Jailhouse Rock” for me. At the end, Soul came to me to give me another note accompanied with a little present, which was a southwestern turquoise ring I wanted a couple years ago from our trip to New Mexico, thus giving me a rock. I made them do the performance a couple times, so I could get pictures of it too. 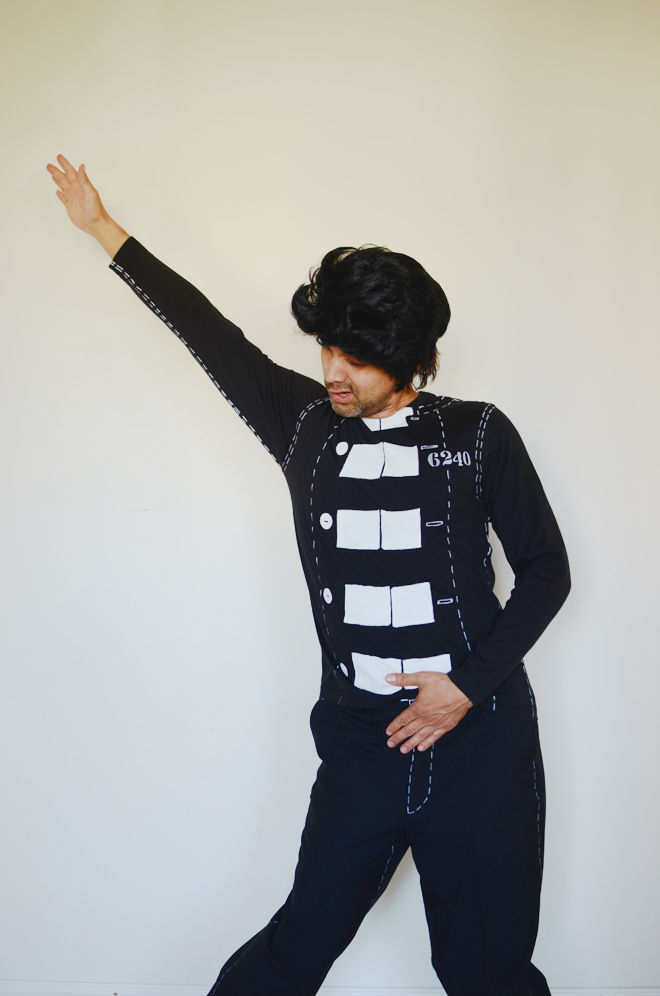 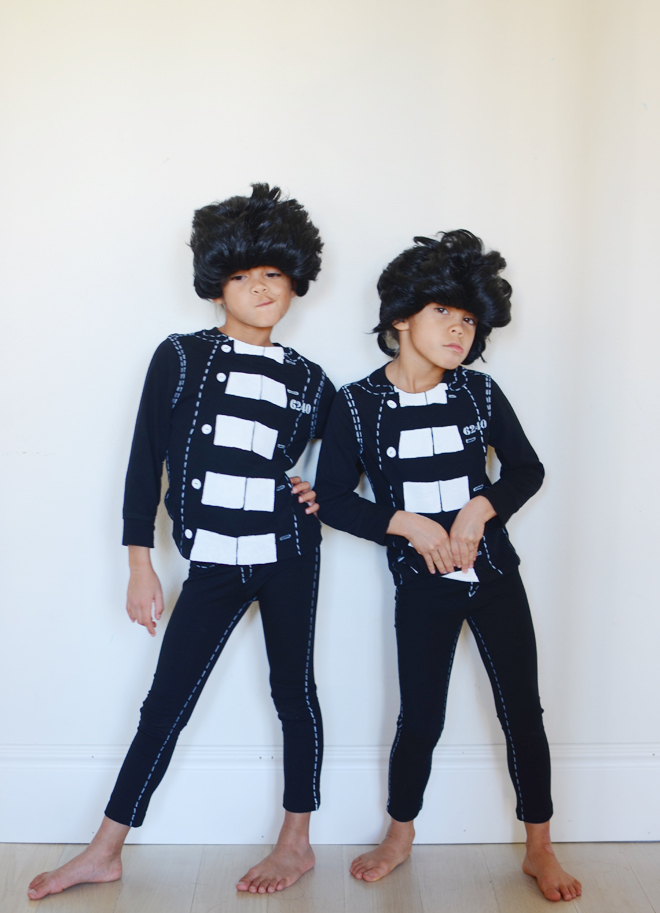 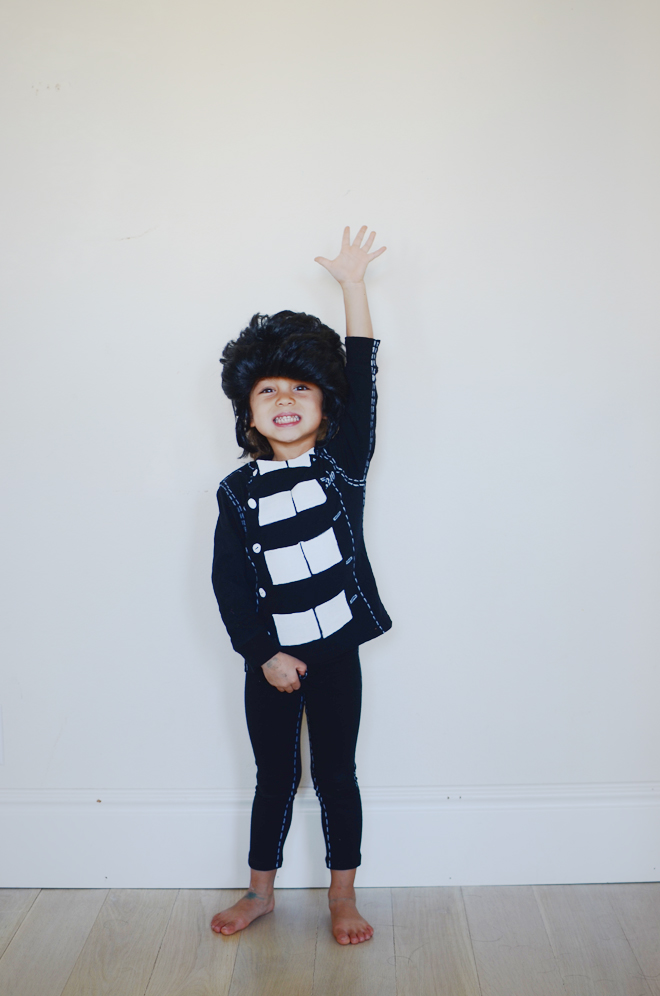 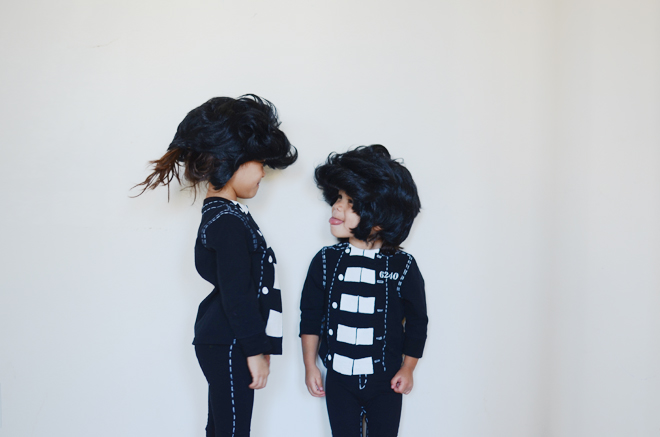 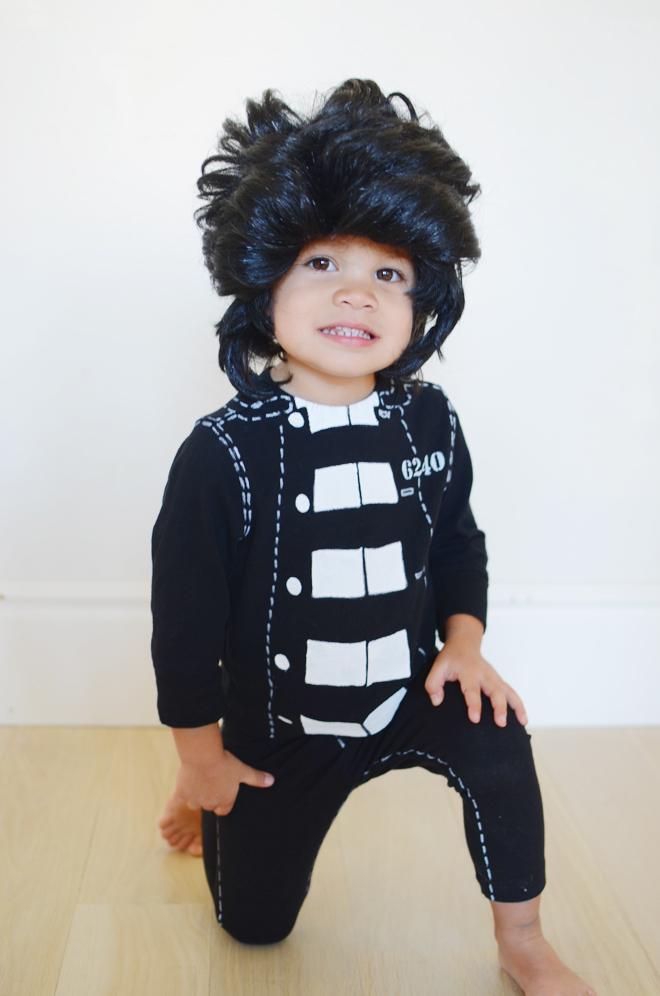 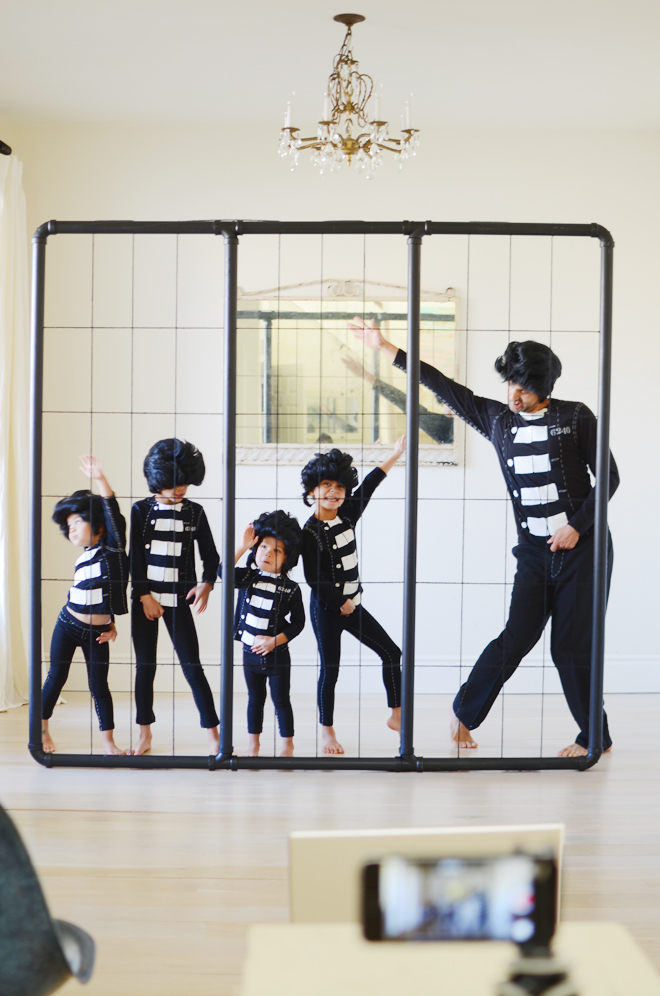 After I got my little surprise, I had Ben spill all the details of how he planned this out. Apparently, he started working on this surprise about a year and a half prior. He purchased the girls’ black shirts and leggings from Old Navy; his top is from Old Navy and his pants, from the thrift store. He hand painted each one with white fabric paint. Upon emailing my friend Karen (Misha Lulu) to get some ideas of how he could make Elvis’s jailhouse outfits come to life, she suggested doing a trompe l’oeil style for the costumes… so that’s what he did. He’s such a perfectionist, so it took him a long time to do each one (back and front are hand painted), hence the surprise did not come to fruition until a year and a half later. Also delaying the surprise, was finding the time to work on the outfits when I wasn’t around, and I’m always around. HA! Another funny thing is, him fearing the girls growing out of the costumes before he could execute his idea prevented him from delaying any further; the girls’ costumes purchased over a year prior were at risk of not fitting anymore!

I saw the jailhouse pipe things assembled in the garage the week before the surprise, and he said it was a trellis for the garden. He always has some sort of project going on for our garden, so I didn’t think much of it. He ordered Elvis wigs for each of them, and when I wasn’t around, which wasn’t often, he would practice the dance with the girls. Even the girls had been keeping this surprise from me for over a year! They did a really good job of not spilling any beans.

The girls did so well with their performance. I was dying of laughter and these teeny Elvises are the cutest ever! Seriously… the wigs! Oh man. And then the little shaking and sliding going on, these girls are so precious. I know they drive me nutso sometimes, but it’s normal, and I love being their mother.

I was so surprised and felt (and still feel) very loved. I’m thankful for these sweet things Ben does, and especially thankful that he leads a good example in showing the girls of how a husband can show love to his wife. I really love that guy of mine a whole lot! The performance was a riot and if you care to see it and get a laugh, you can watch it here.