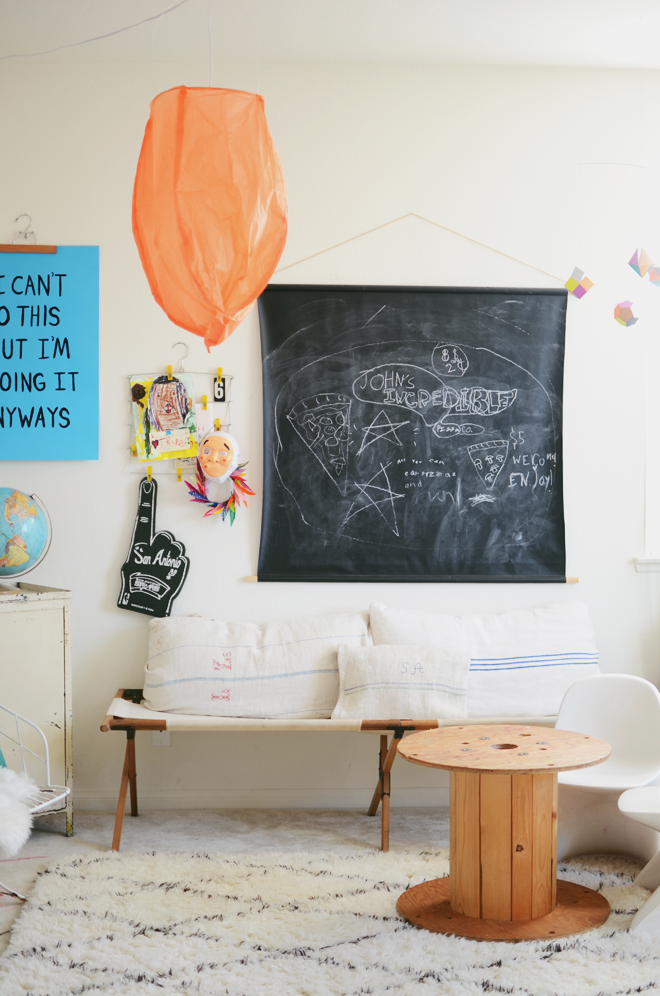 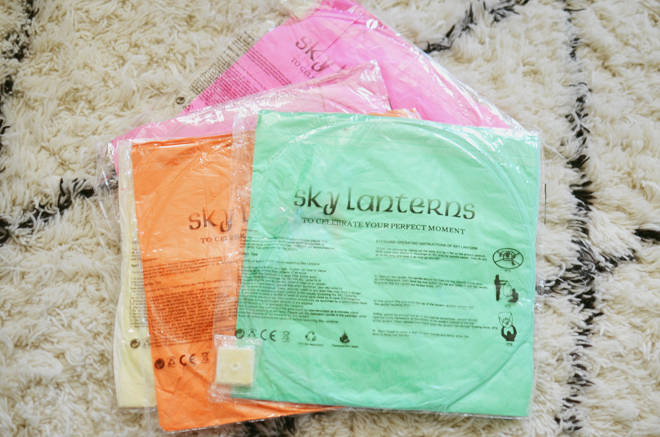 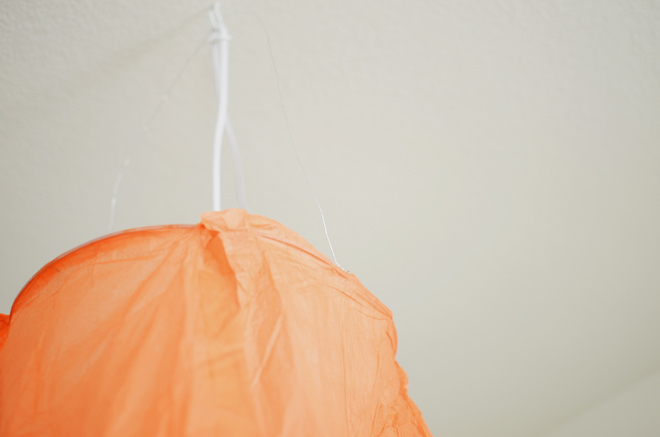 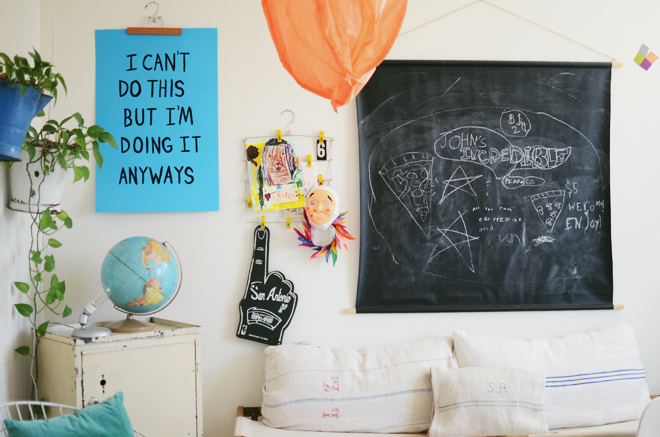 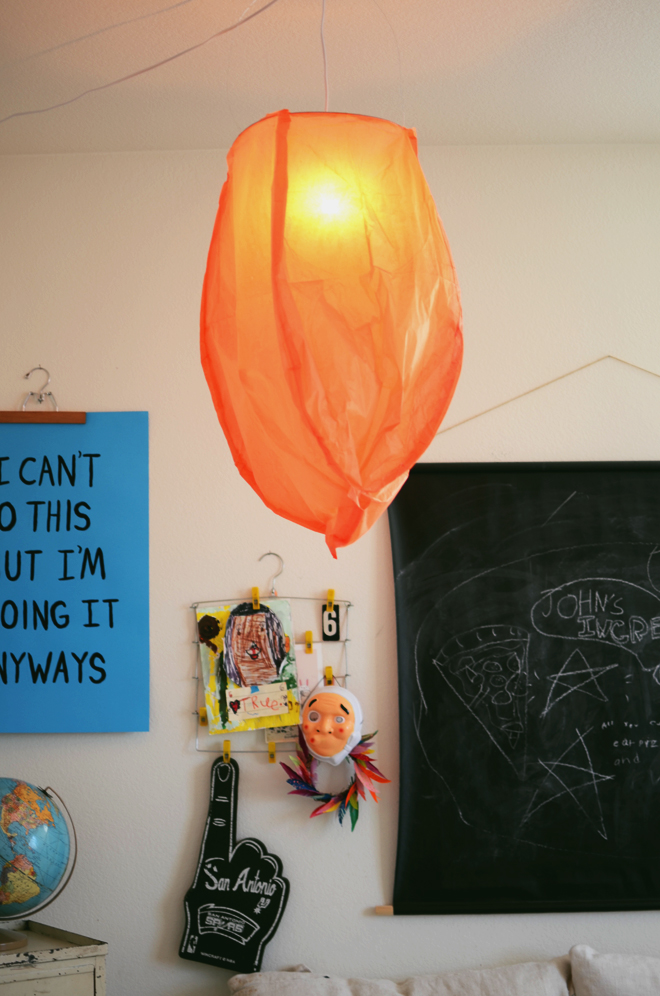 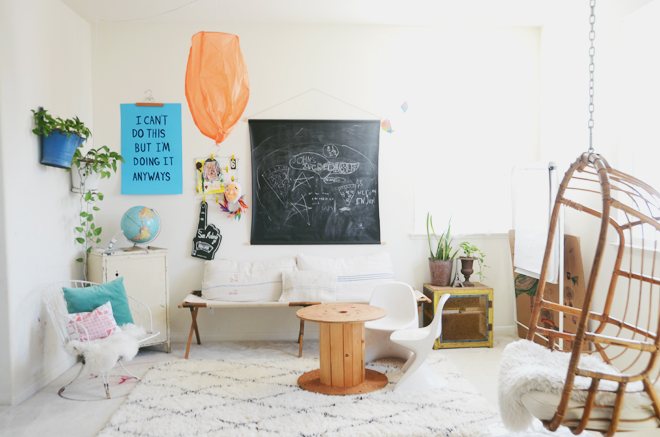 When my friend Abby came over, she noted how our koushi inspired light was very similar to a sky lantern (those lanterns you light up and let float away into the sky, like in the movie Tangled), which then peaked my interest and I asked her if she thought I could use them as a light pendant of sorts. Well, a few days later, Abby had sent a sweet surprise…. a colorful package of sky lanterns arrived in the mail!

She sent the package a couple months back, but I’m just now getting to decorate with it. I want to hang all of them up somewhere, but for now, I just did the orange one in our homeschooling room. I added a 20″ strand of wire and attached it to the hoop already on the lantern, and then I hung it on a screw hook that was inserted into the ceiling. I used our swag light cord kit (from this project) and hung that from the ceiling too. I placed the light bulb near the top center of the sky lantern, and used another smaller piece of wire to keep the light attached to the center of the lantern so it doesn’t move around. When the light is on, its orange glow gives off a warm vibe. It’s not the main lighting in the room, so it wouldn’t get much use, but of course, it’s not something to leave unattended.

I know Abby purchased the sky lanterns from eBay, but I’m not sure from which seller. I’m thinking of adding a couple more to join the orange one, so it’ll be a nice cluster together, but I haven’t decided which colors to mix in.

p.s. the hanging chalkboard on the wall is a project from my book!