there are dinosaurs in our garden

One afternoon, True and Brave were happily playing under the Citrus Trellis, when along came a large, ferocious Velociraptor! They saw the creature and ran off to find a place to hide in their garden. 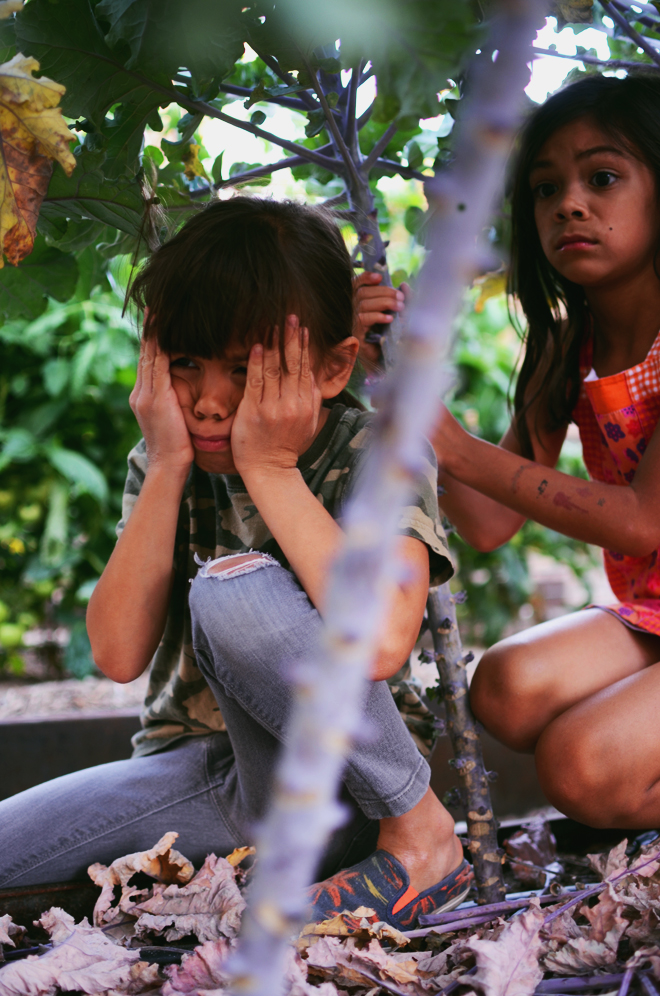 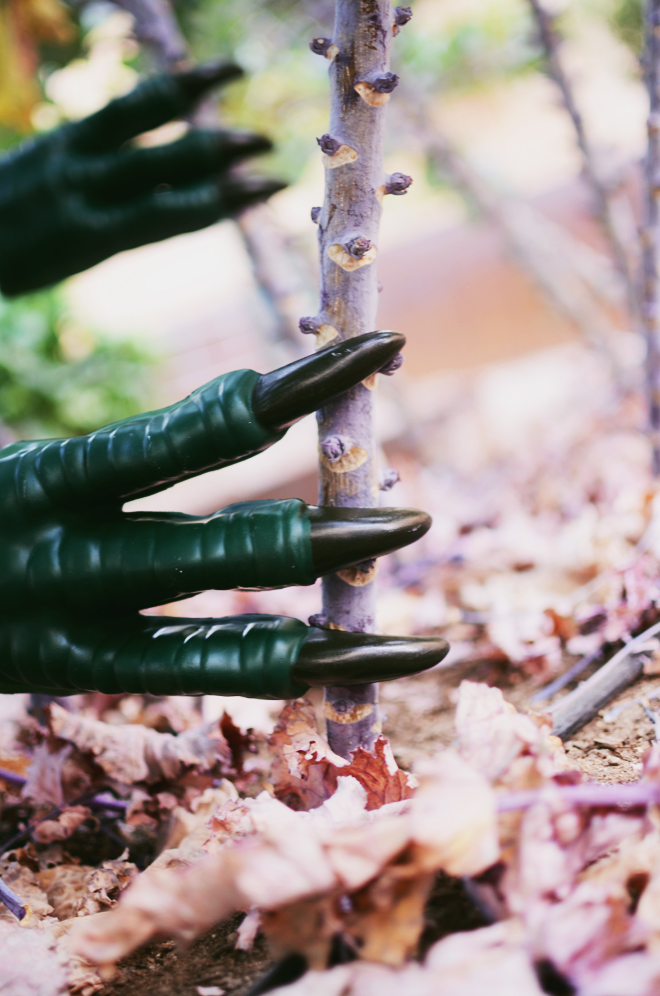 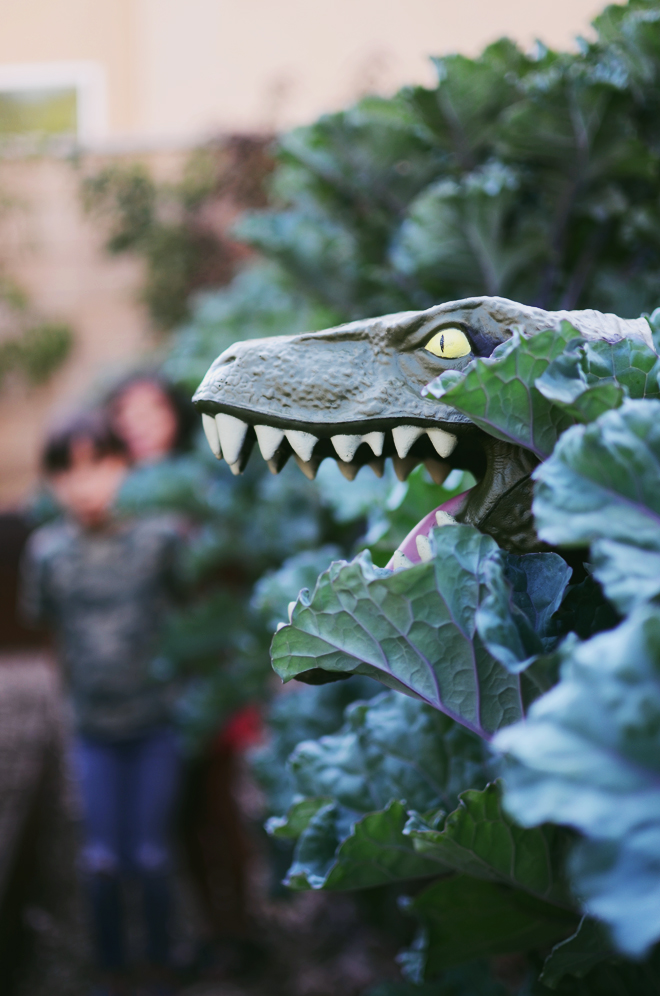 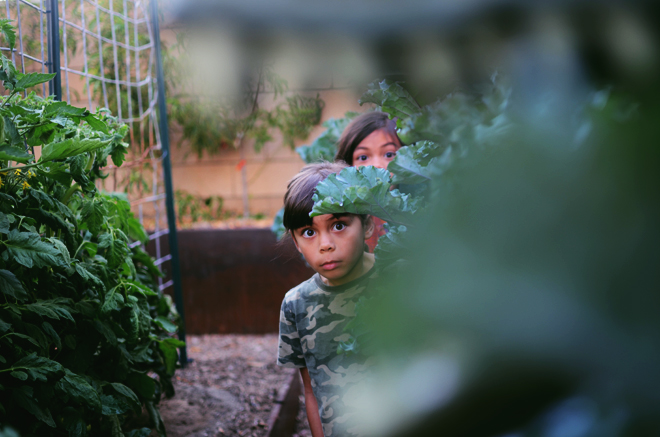 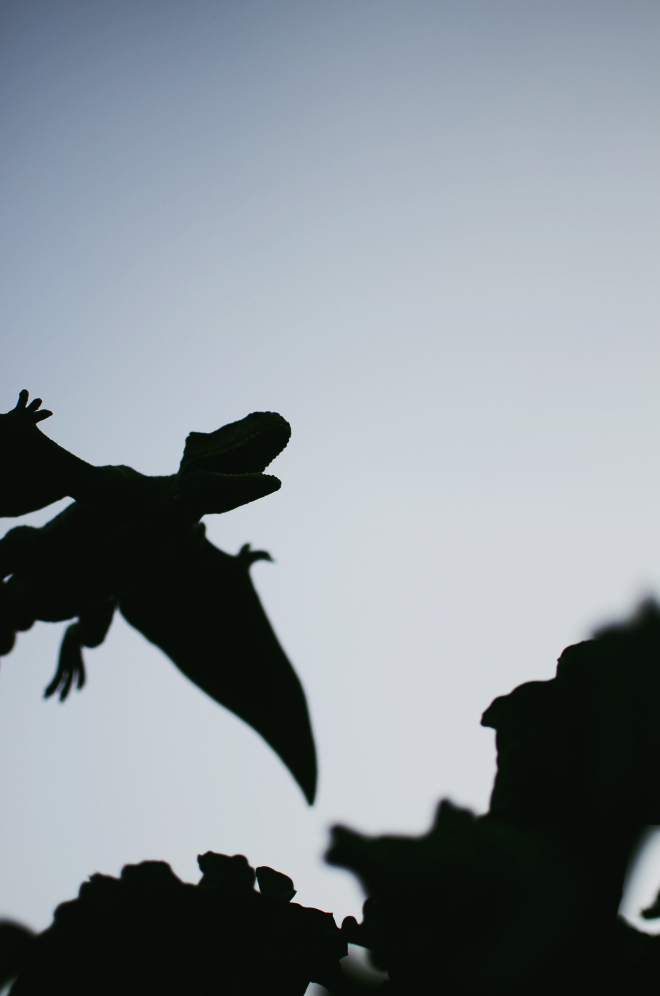 They tried to find refuge in the Kalette Jungle, but the Velociraptor followed them and was lurking nearby. Suddenly, they heard the squawking of a Dimorphodon overhead, and not too far away was the loud growling of a Indominus Rex. True and Brave were deathly afraid because it seemed their once peaceful garden was now overrun by angry dinosaurs.

Out of nowhere, a group of dinosaur hunters drove right into the garden and called out to True and Brave to jump into their vehicle. Panicked, and with no other options, they did as they were told, and the hunters drove away as fast as they could into the Forest of Herbs. Unfortunately, Indominus Rex had caught up to them and was charging at them through all the mint, parsley, and basil. 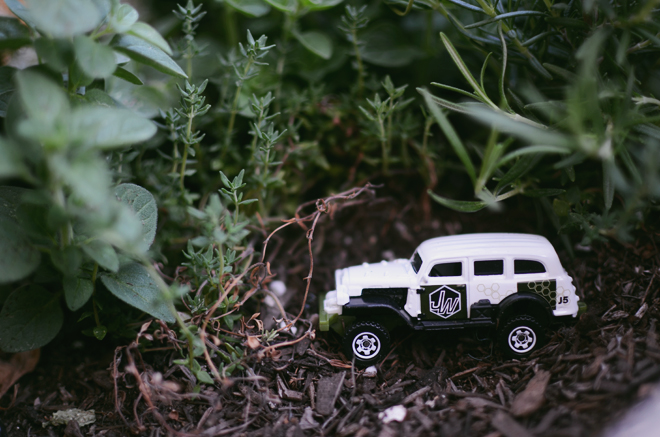 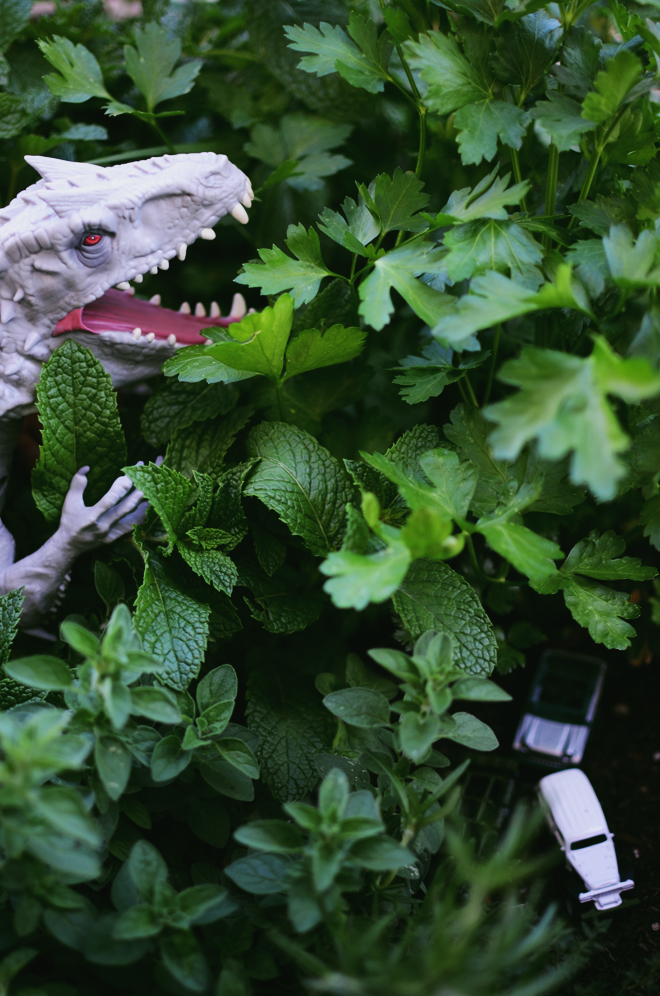 As they were trying to get away, they saw a Pachycephalosaurus hiding near the lemon thyme, and Stegoceratops heading towards the swiss chard. They were completely surrounded, so the only way to get away was to separate and try to find a safe haven on foot. 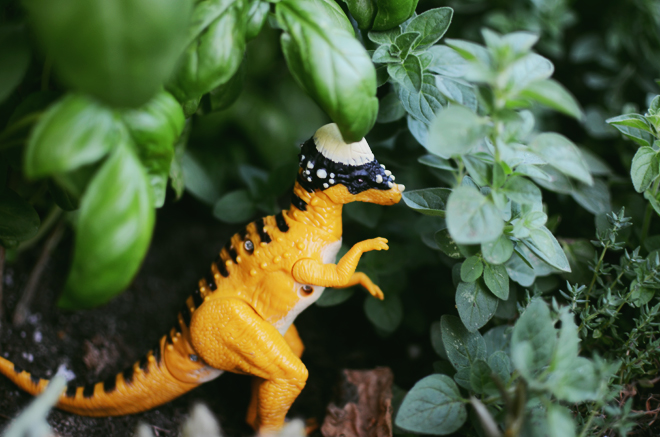 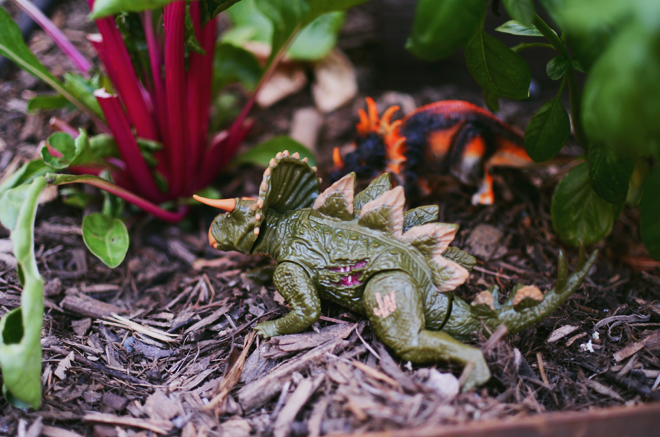 True and Brave, remembered the hidden cave near the Kalette Jungle, so they headed back in that direction. They found a safe spot to breathe for a moment, so Brave started concocting a plan to get the dinosaurs out. 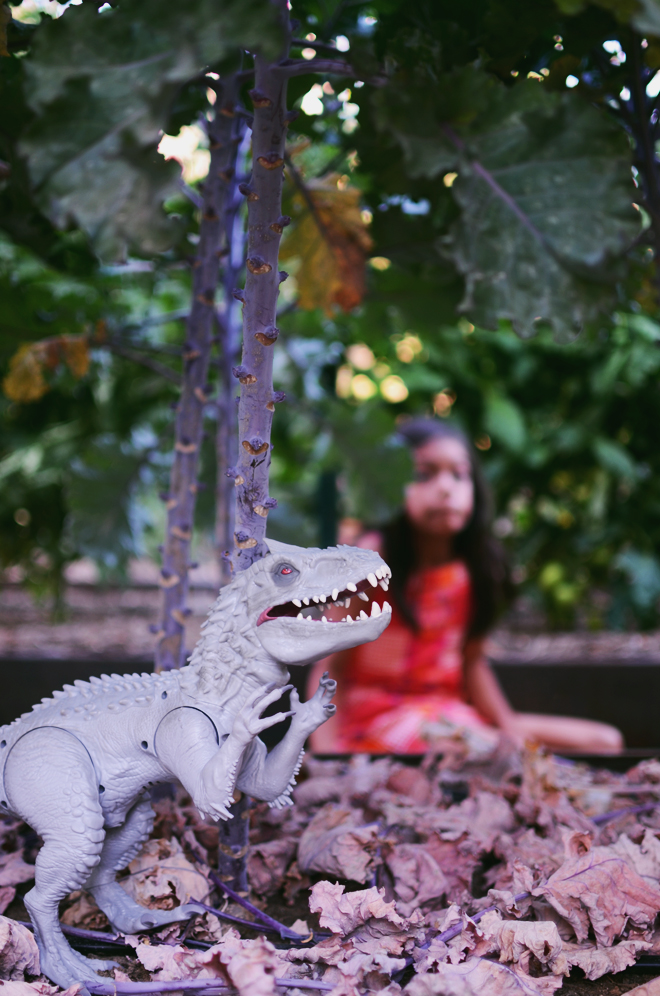 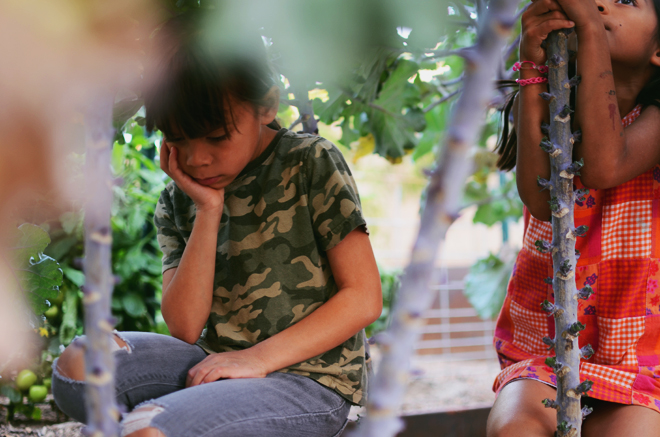 It was just then that they heard loud chewing, and they were afraid that one of the dinosaur hunters just became dino lunch. They cautiously peeked out and saw the Velociraptor was happily munching on the swiss chard. It was then when they noticed that the rest of the dinosaurs were busily chewing on various herbs, fruits, and vegetables that was in their garden. It turns out, the dinosaurs weren’t after them, they weren’t I-wanna-eat-you-angry, they were just hangry dinosaurs! Things can get confusing sometimes when one gets the hangries, and True and Brave totally understood that. Slowly, they approached Velociraptor and Indominus Rex, and gave them both high-fives as a sign of friendliness. The two dinosaurs returned the gesture. 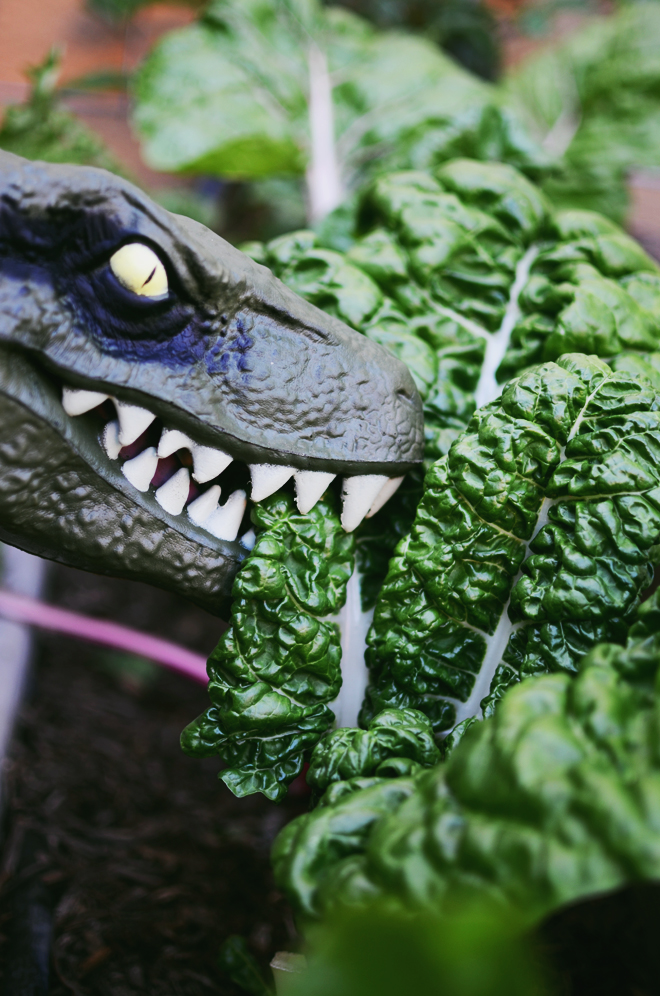 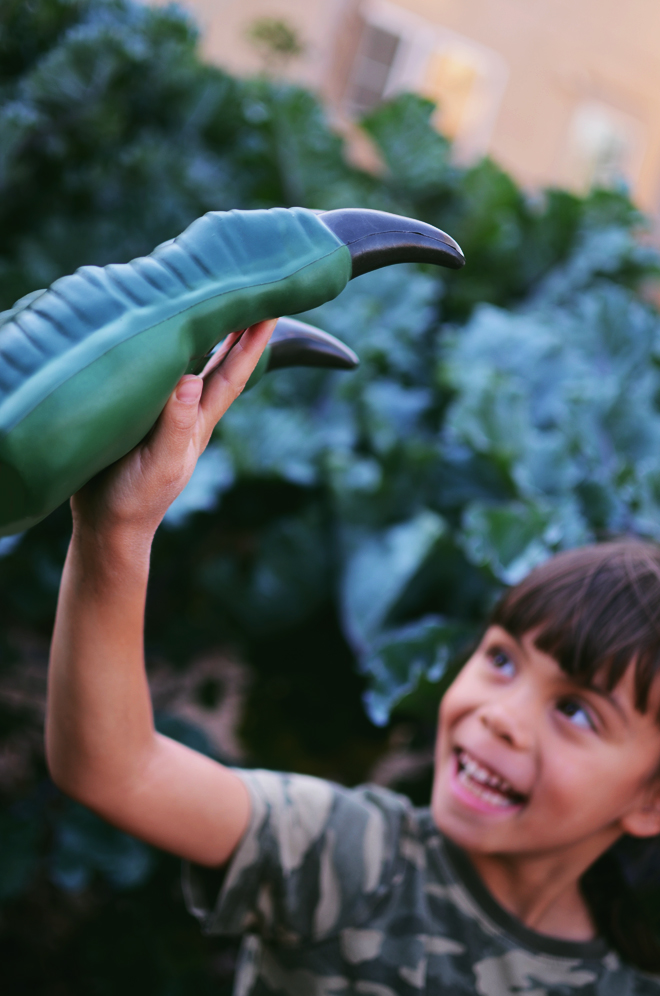 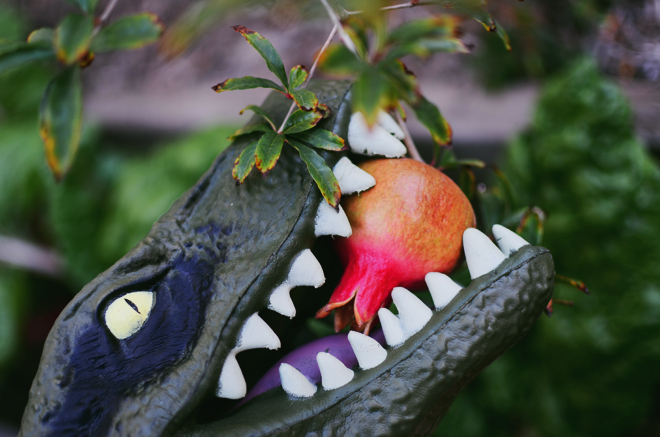 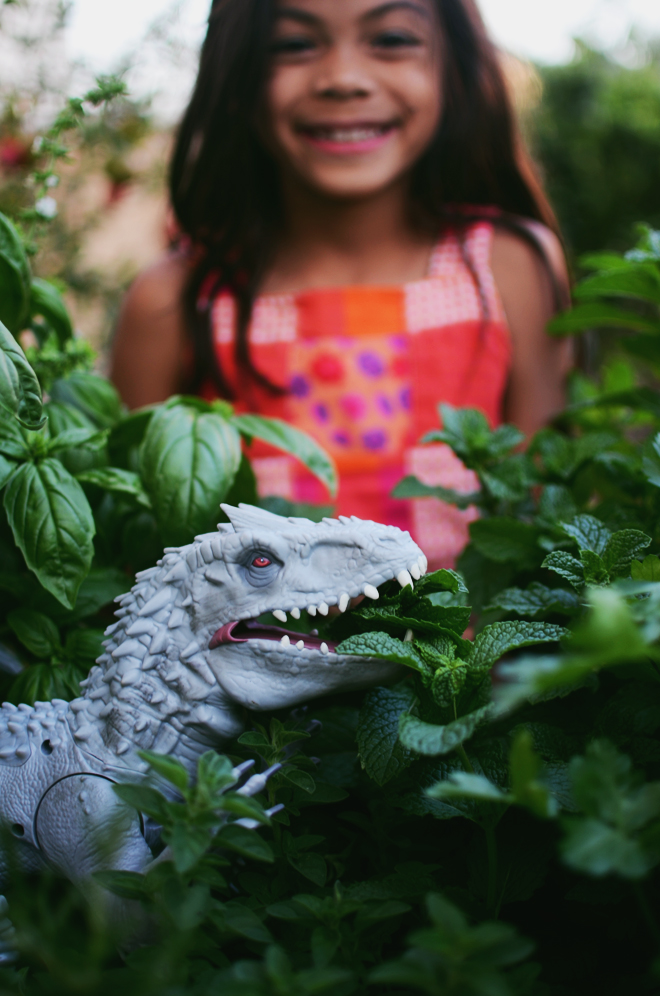 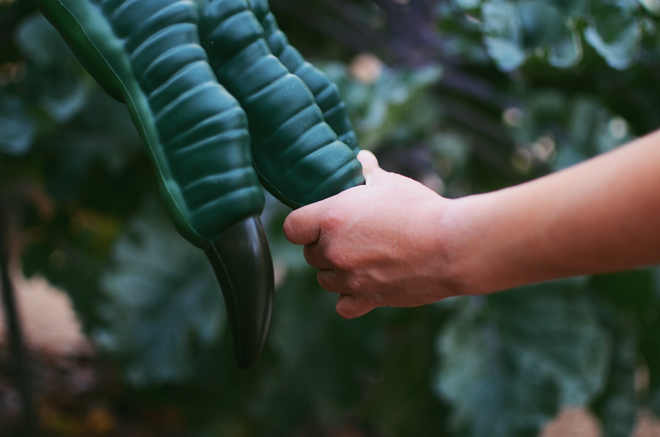 We love coming up with #ourgardenstories on Instagram, so it was especially fun to bring the Jurassic World dinosaurs to life using parts of our garden. Our garden was such a wonderful backdrop to tell this quirky story. True and Brave had so much fun coming up with different poses and positions to tell the story, and they also loved freaking out their little sisters with the dino hands and head.

This post is brought to you by Target. Target teamed up with Jurassic World to bring dino drama to life with the new Jurassic World MovieMaker App. We have given it a whirl, and the girls have fun inserting moving dinosaurs into a picture of themselves; it looks pretty realistic. I hope you enjoyed our silly story, and thank you for your continues support of this space and the brands we partner with. 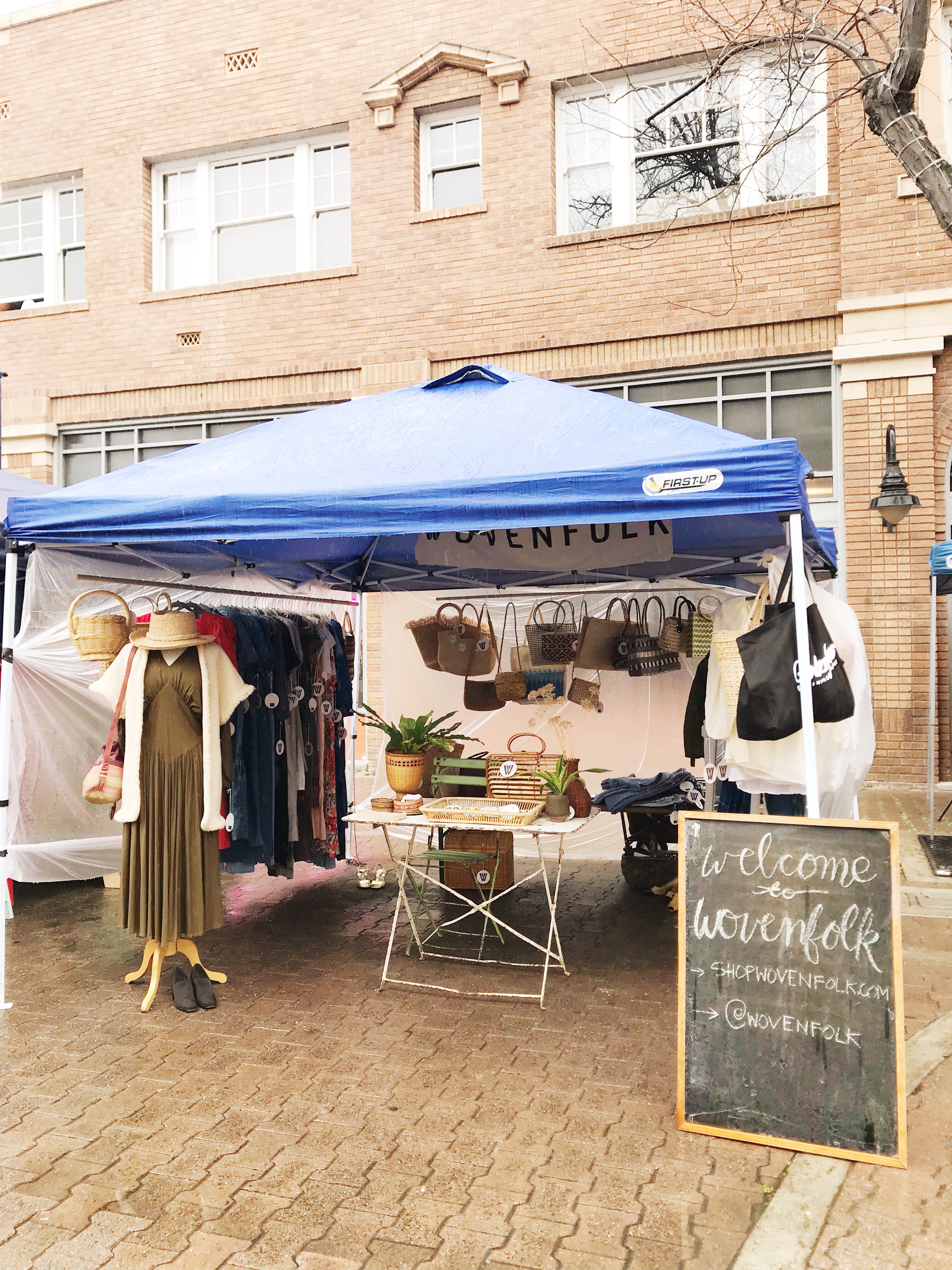 6 comments on “there are dinosaurs in our garden”