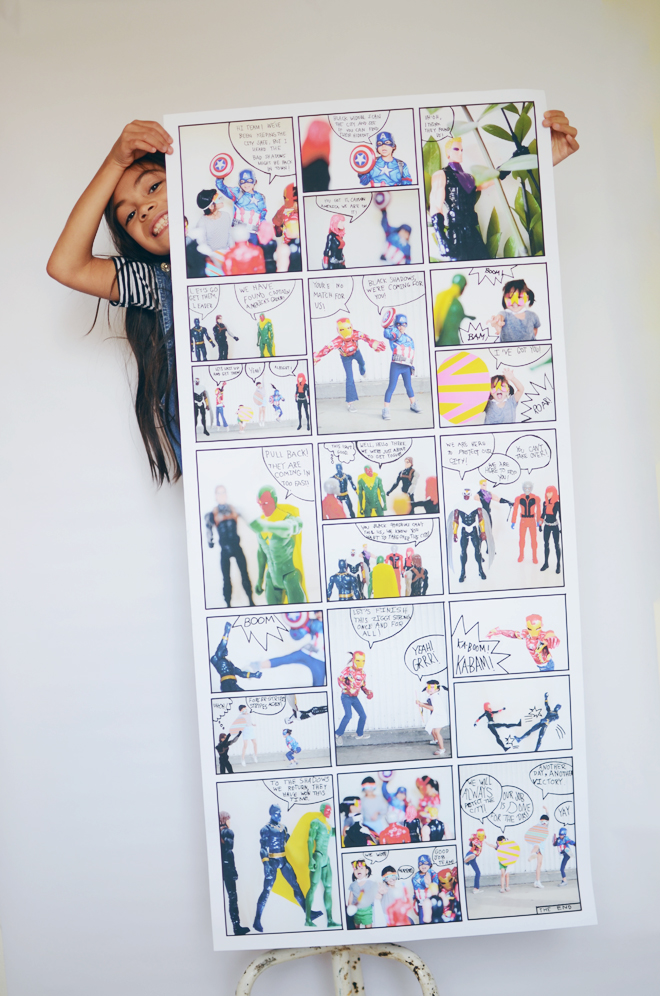 After the girls created their superhero characters, we put those characters into a story, along with some familiar ones. Armed with some Captain America action figures (and Iron Man and his crew), we used those to further develop the plot with some good and bad guys. We created little scenes with the action figures and took pictures of them on top of a white poster board. The girls dressed up in their costumes too and we would place the action figures in the picture along with them, but playing with the placement to make it look like they were similar sizes, and I would snap a picture. If you look closely, I used my (very basic) Photoshop skills and put some of the action figures into the picture with them too. From these images, we picked the order to lay out the story. I added black frames around each picture to give it a comic book look (we consulted their many comic books to try to make it as authentic as possible) and put everything into one large poster. I took it to a local print shop to get printed onto poster paper (their comic strip is quite large). 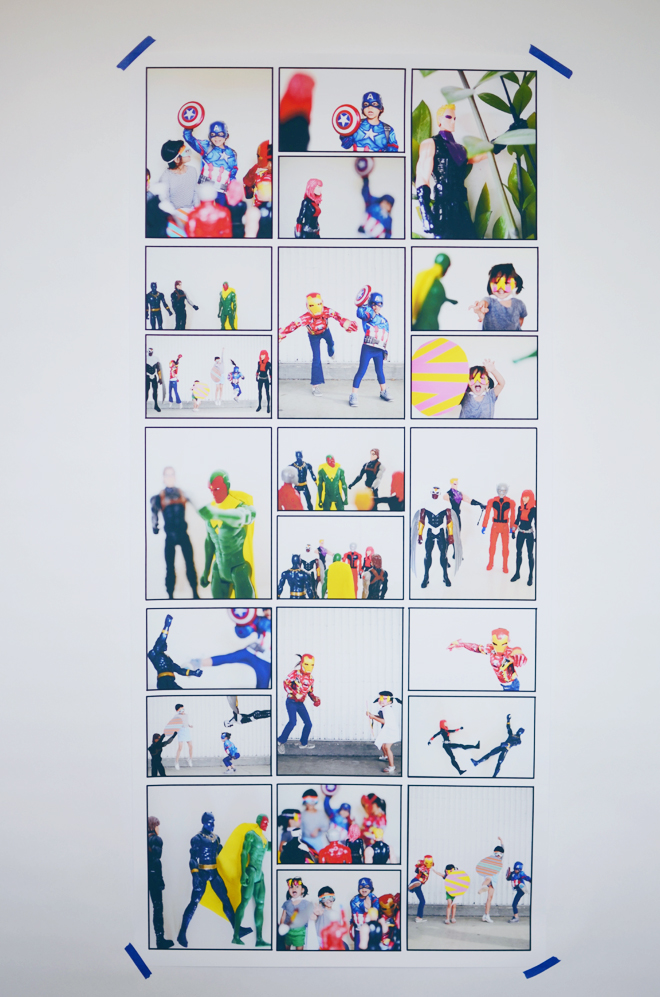 Once we had our comic strip poster, the big girls and I went frame by frame inputting their story. The girls did everything in pencil first, and once everything was just right, they went over all the pencil writing and bubble drawings with a black illustration marker. True and Brave took turns creating each box. When they first started doing the speech bubbles, they were amazed, and commented at how real it looked. They said, “Mommy, it looks like a real comic!” 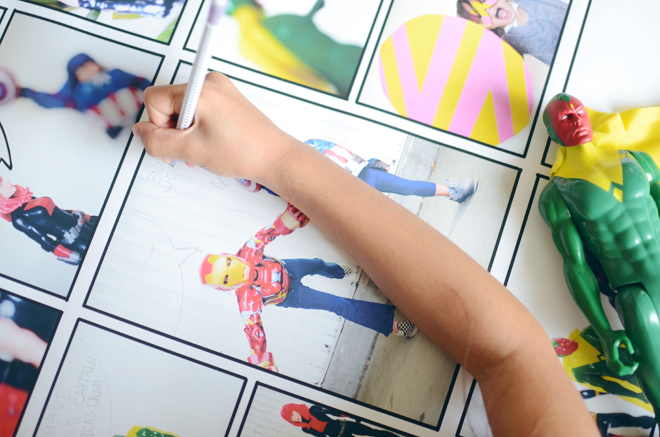 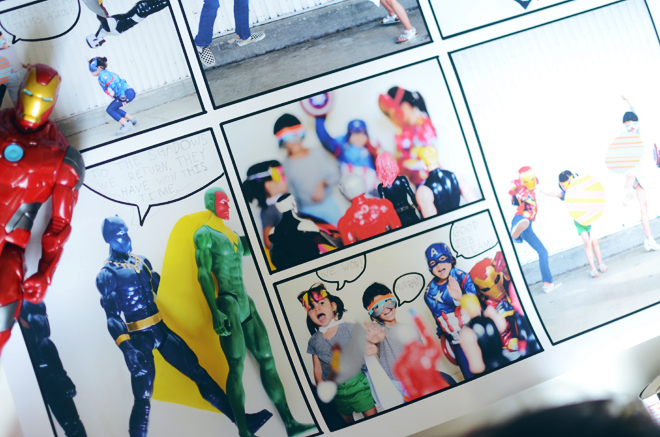 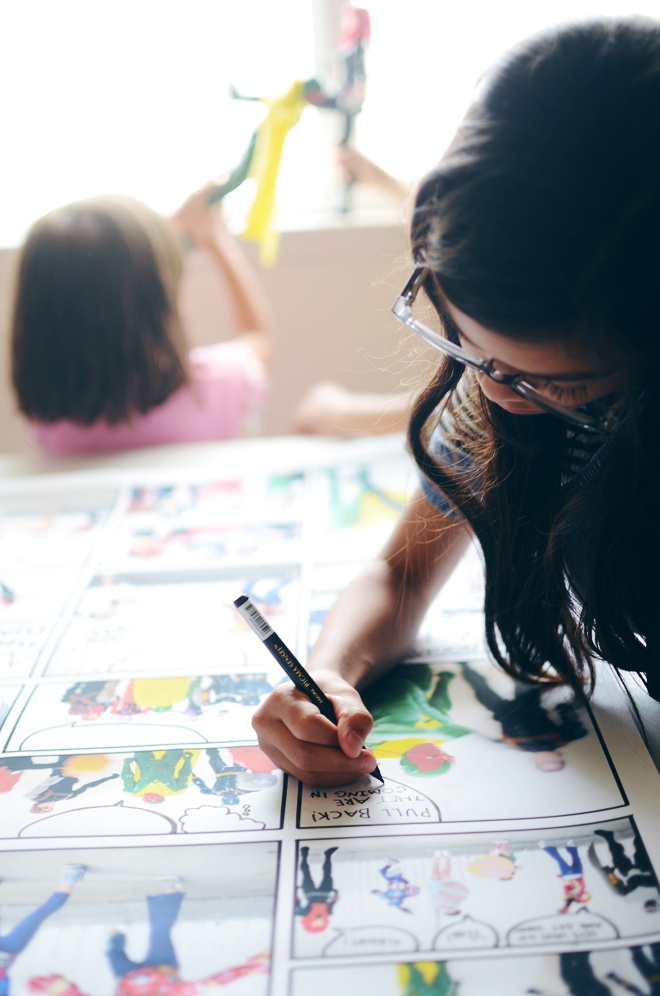 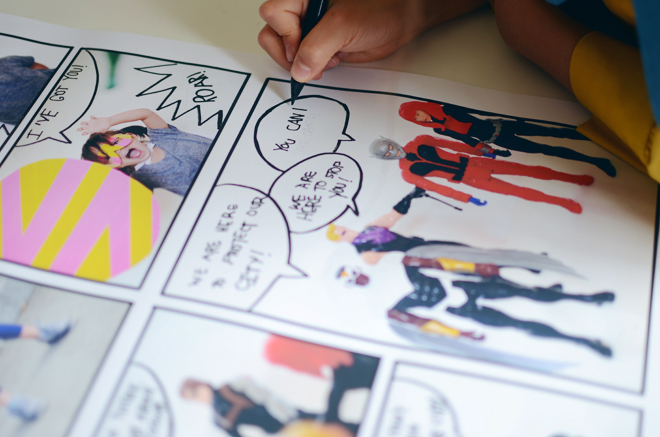 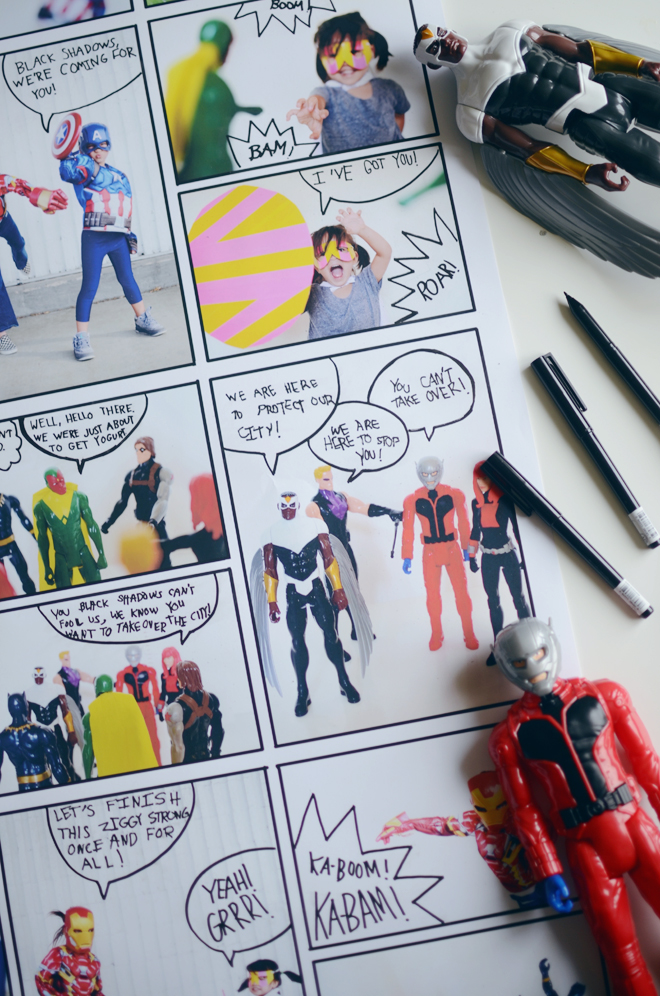 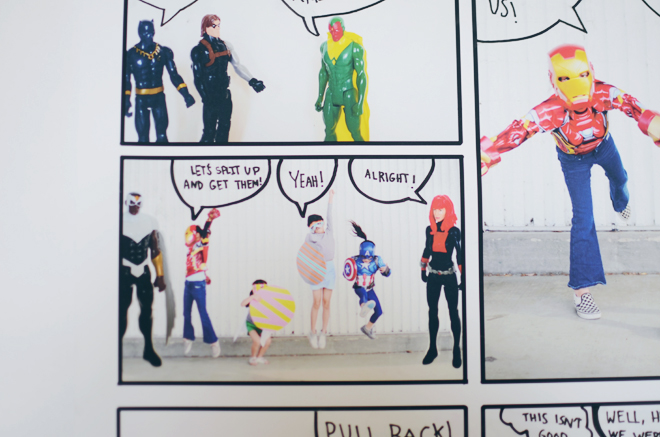 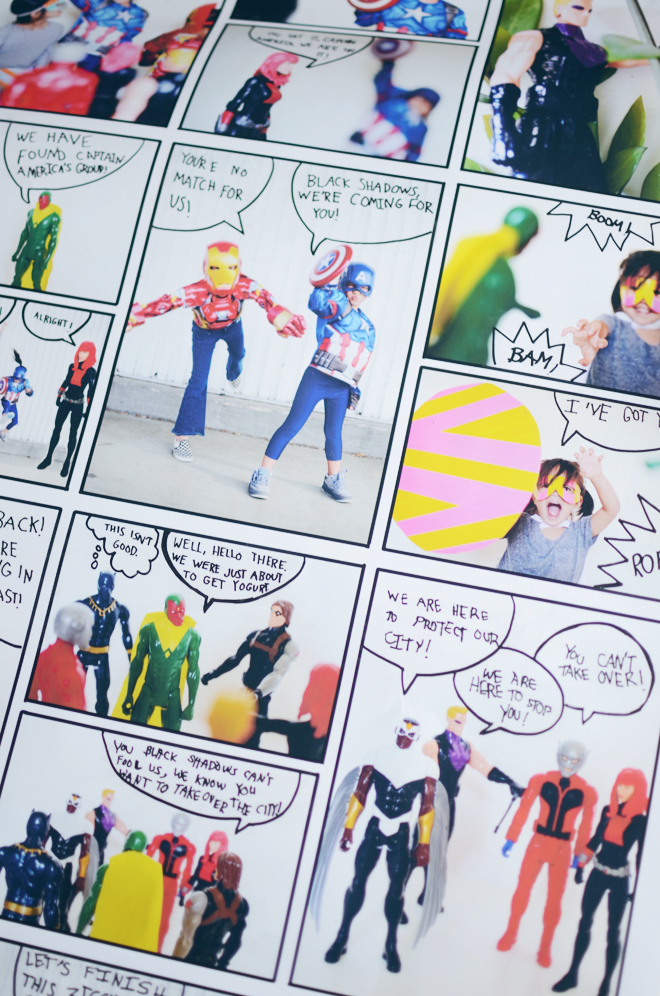 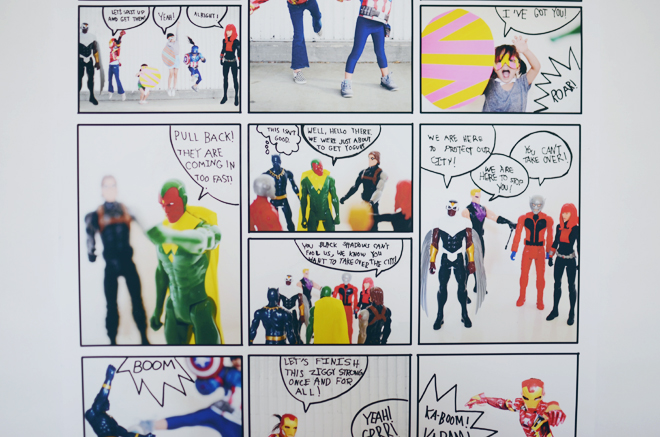 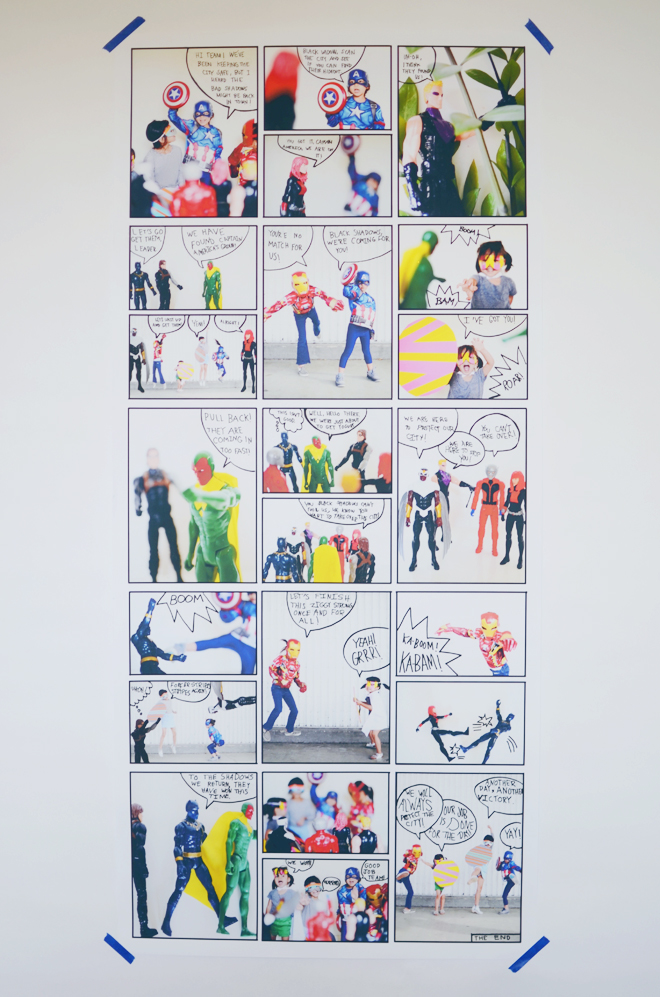 Our story focused on three main parts … the context, conflict, and resolution. The girls had their Avengers team, with made up characters Ziggy Strong and Forcer Stripes, and they named the bad guys Black Shadows. The story took place at the good guys’ warehouse/hideout and the Black Shadows found them and wanted to get rid of them to take over the city. The main job of the good guys is to protect the city, so of course they couldn’t let that happen and a fight ensued. Seeing how the good guys were winning (they have good hearts and great combat skills), and the Black shadows were outnumbered, so they had no choice but to retreat and leave the city.

The girls were able to use this project to further their imagination and story writing skills. We were all very satisfied with how their comic strip and story turned out. It’s exciting for me to see their faces light up when working on creative projects. The girls love this kind of stuff. I have to resist the urge to assert what I want to do (I like working on stuff like this too) and allow them freedom to develop their own ideas. Usually though, their ideas are always way better than anything I come up with.

We will be doing a little bit of redecorating their rooms over the summer and we will need to give this poster a special place on the wall. If you want to read their comic, click here.

Free Products and Other Considerations Provided by Target. Thank you for the time you take here to support this space and the brands I partner with!


nothing gold can stay

4 comments on “making our comic strip”