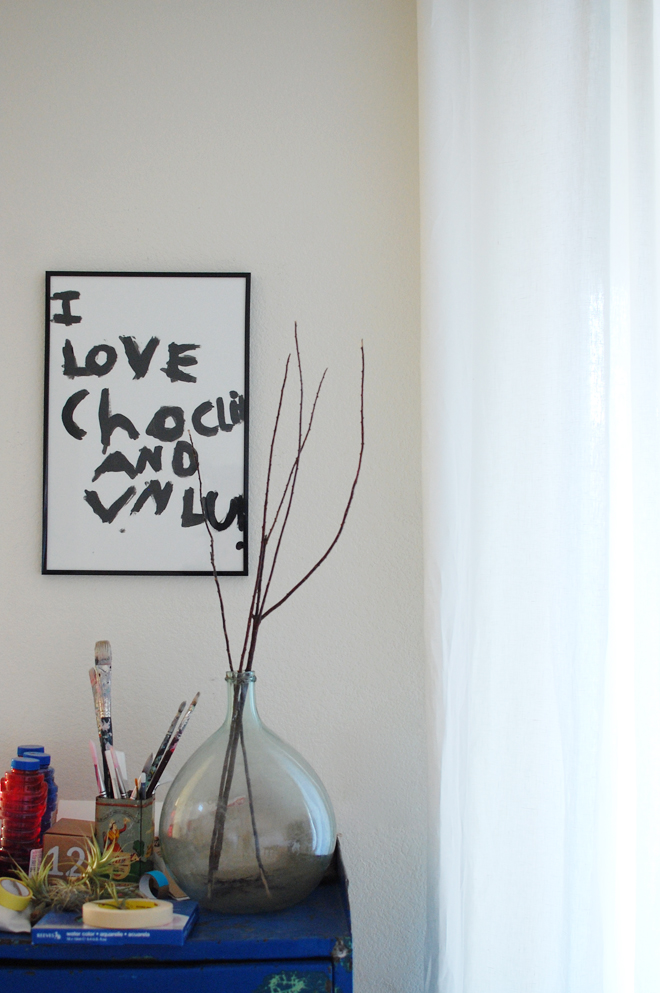 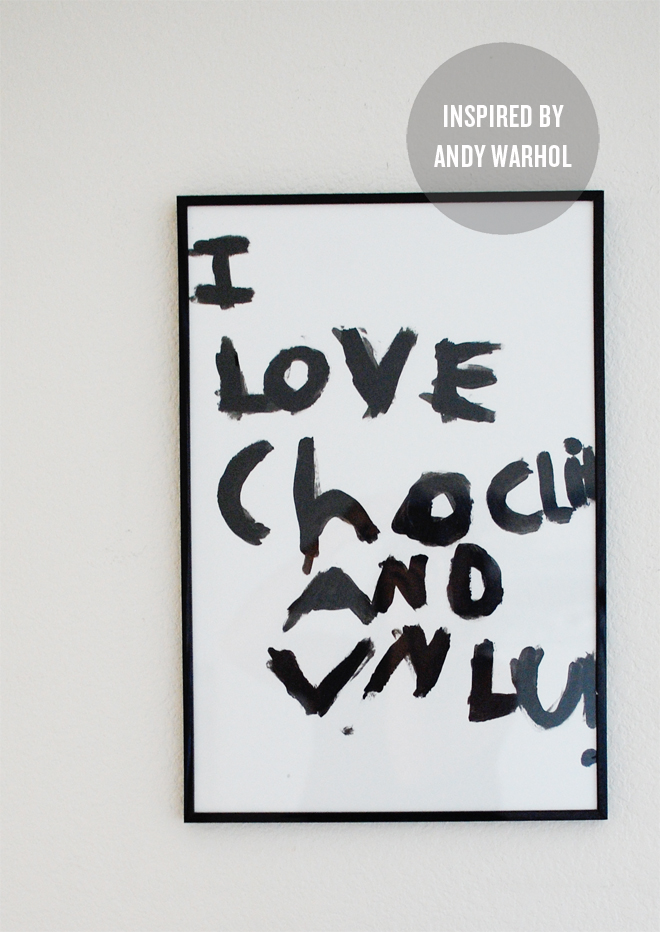 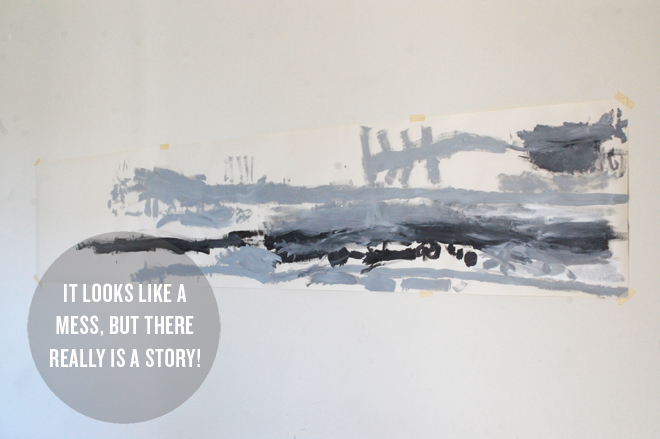 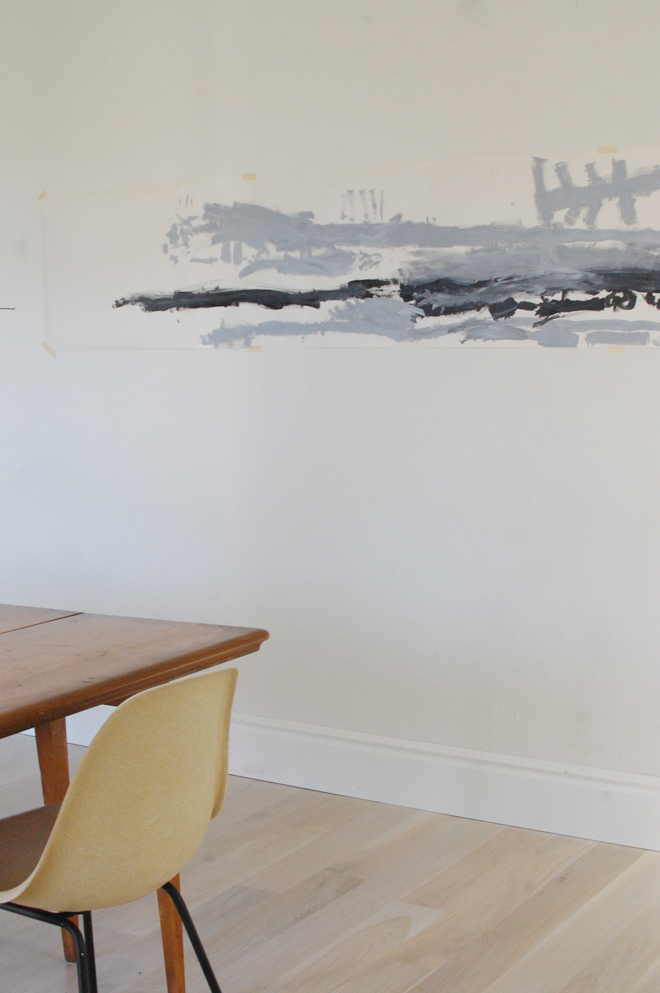 I think our walls are pretty full now. A couple weeks ago, I introduced the girls to Andy Warhol and we made a little lesson of his style of art. Little did I realize, True already studied about him in her art class during the year, so she was chiming in with the things she already knew. Then I showed them some of the posters with his quotes and asked them if they had any personal quotes and so True turned, what she claimed is her most favorite quote, into the art piece that now hangs on the wall.

Another day, I just rolled out a long piece of paper and gave them two colors: black and white and told them to paint me a story. I pretty much always tell them to make a story in whatever medium they are working with (it keeps them occupied). True’s portion was the top and it was something about water and a boat. Brave’s was the bottom and I think it was about Monchichi. The presented their story to Ben when he came home. I just took some masking tape and hung it up! Although, according to True, I hung it upside down. Oops!

Ben said their work reminded him of Robert Motherwell. 1) I had no clue who Robert Motherwell was until Ben told me. 2) I already think Ben’s the bees knees and pretty awesome, but dang, baby 5 almost happened when he started talking about Motherwell. Just sayin’.

*Don’t forget to enter this giveaway and if you are in SD and want some pretty pictures this weekend, contact this gal (or she can just teach you French too!).