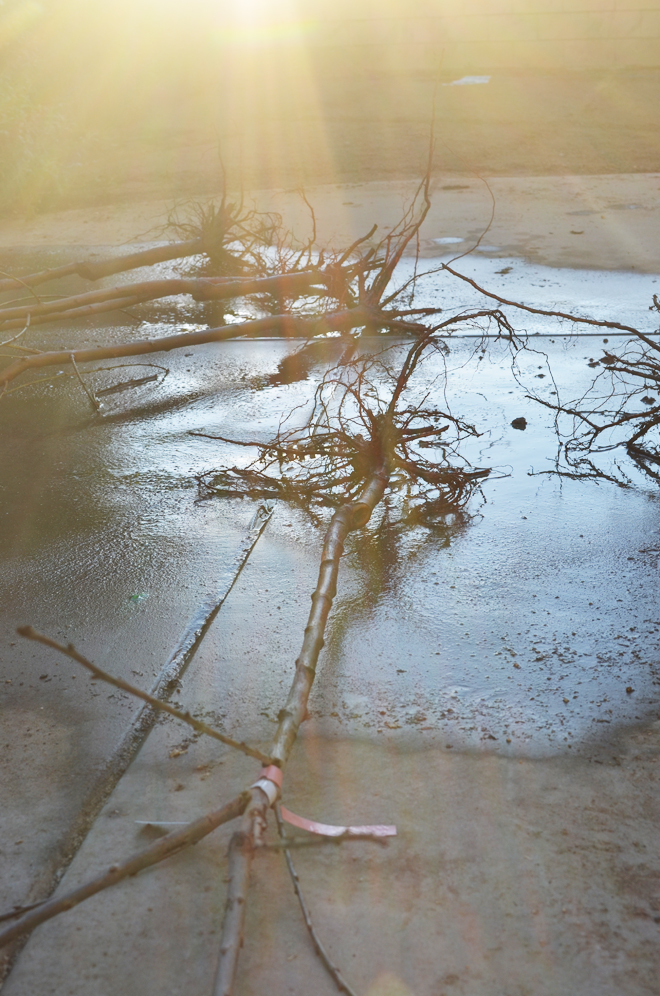 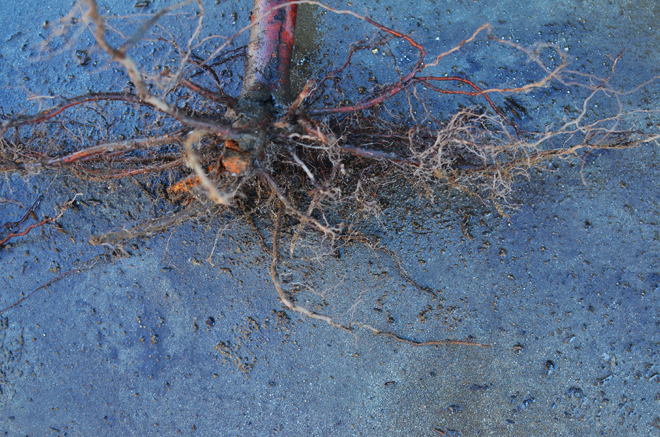 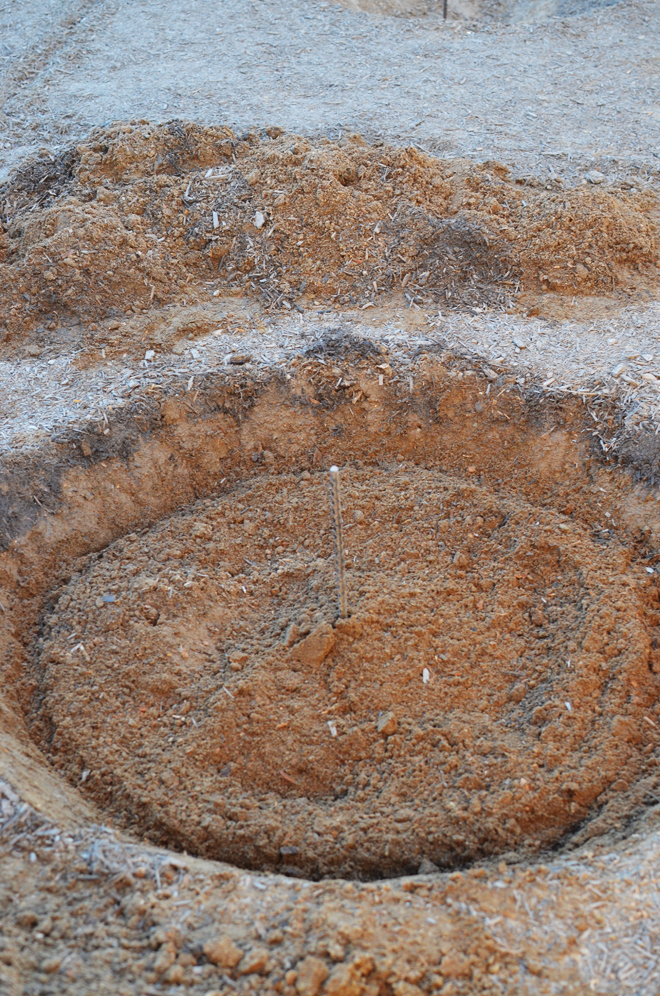 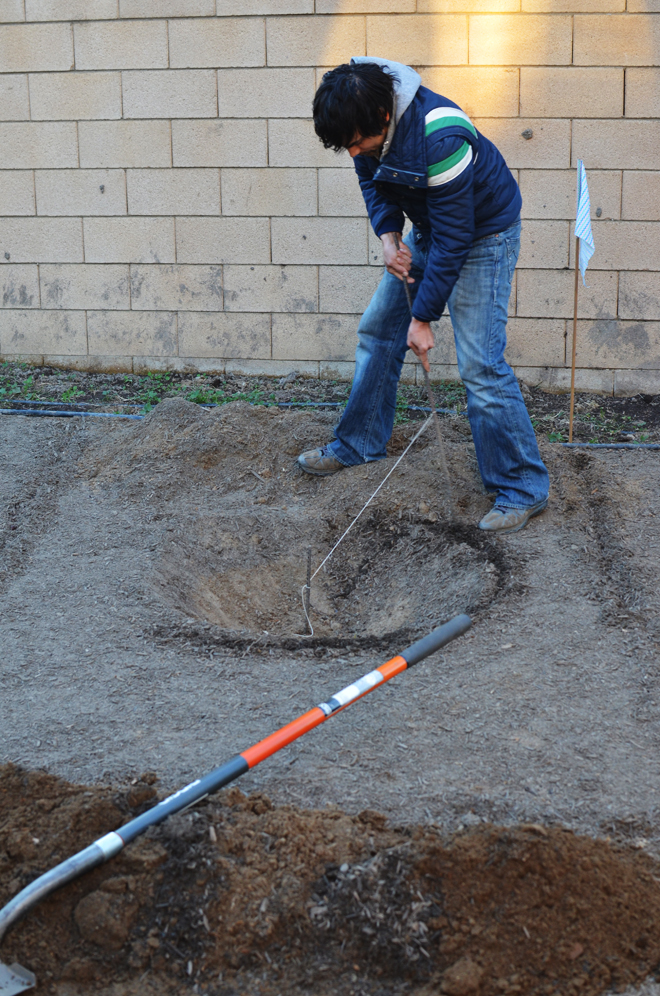 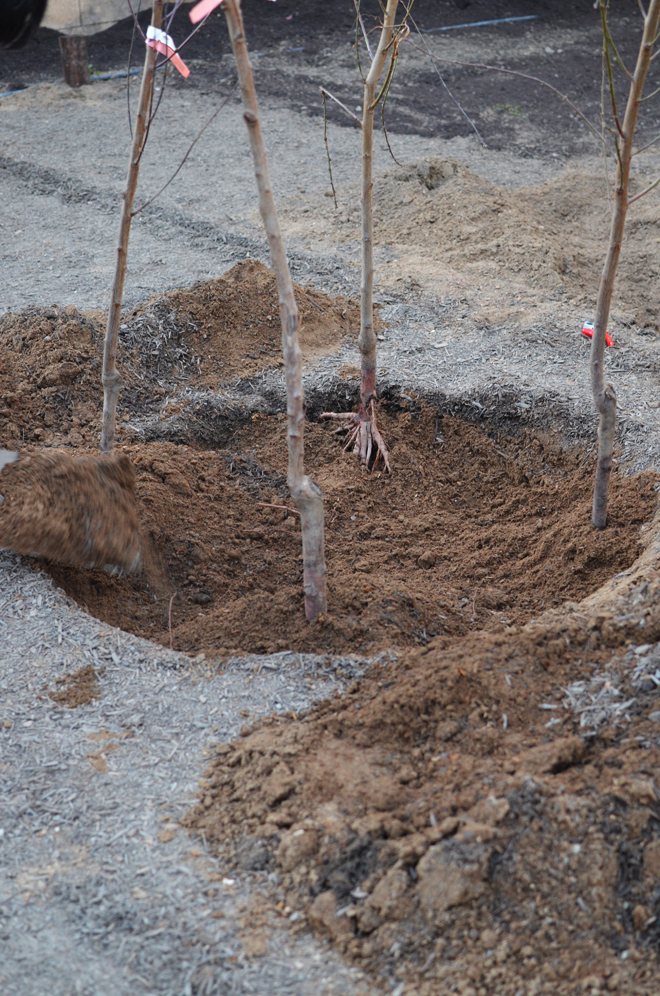 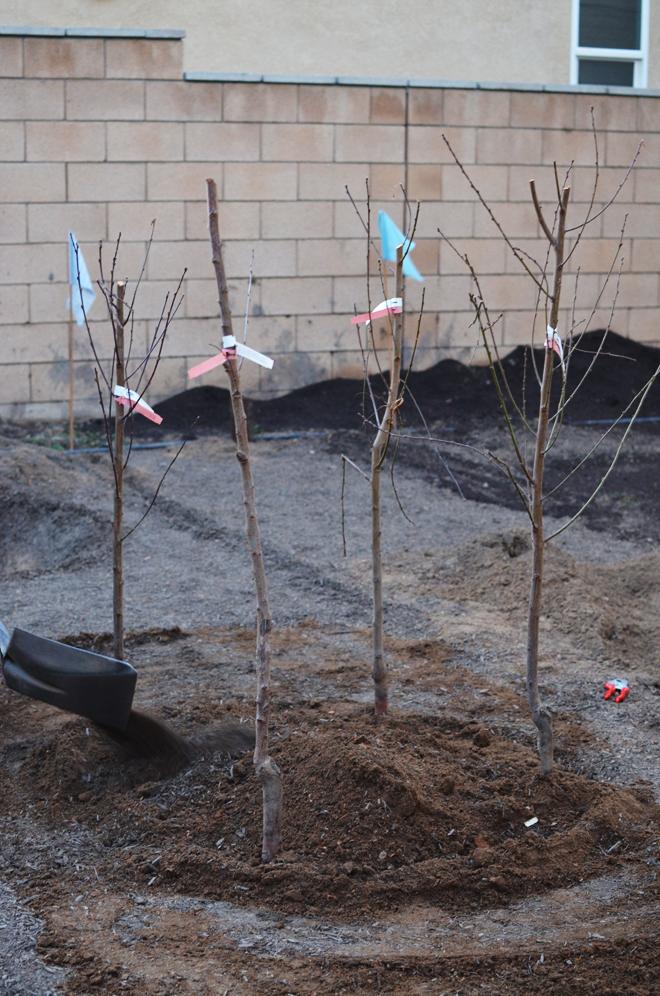 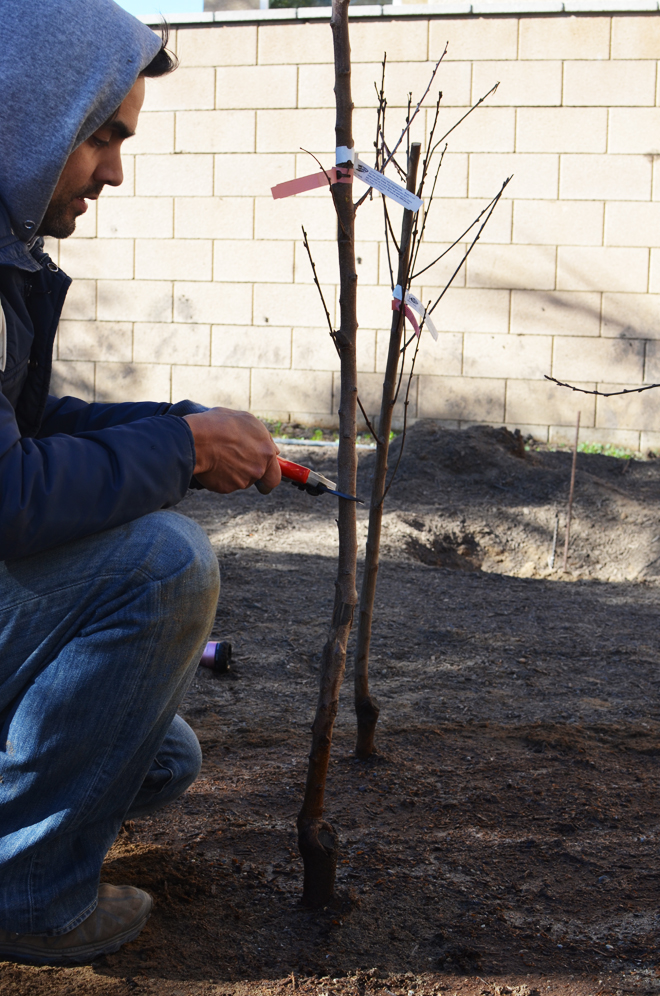 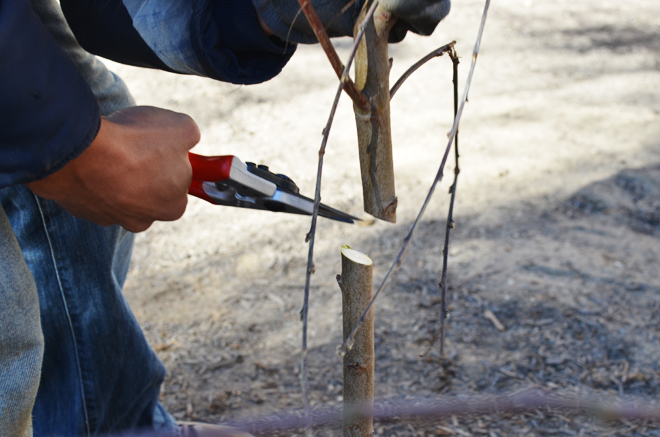 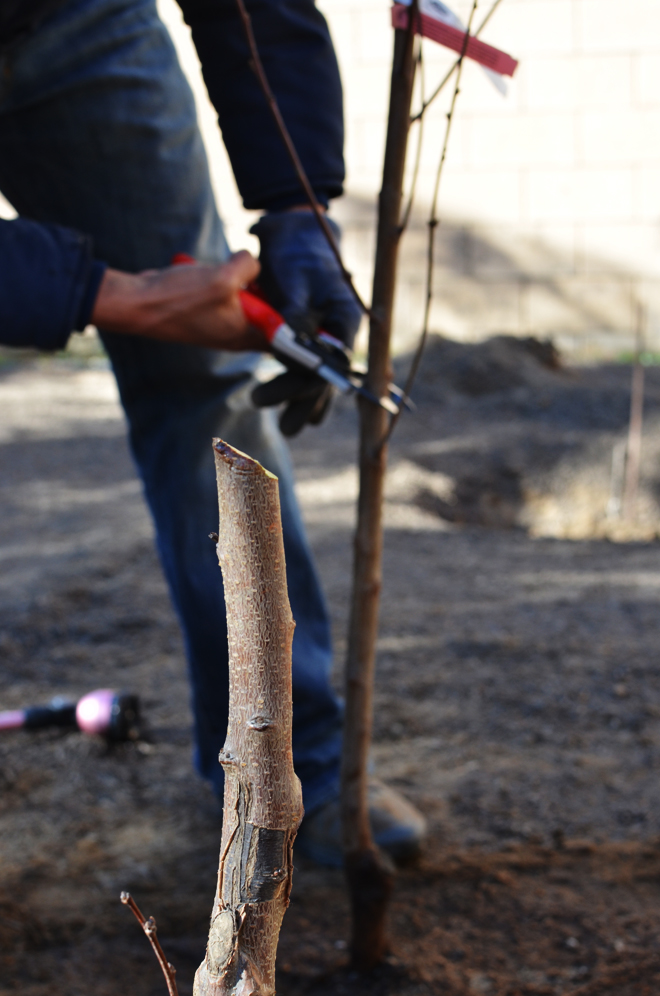 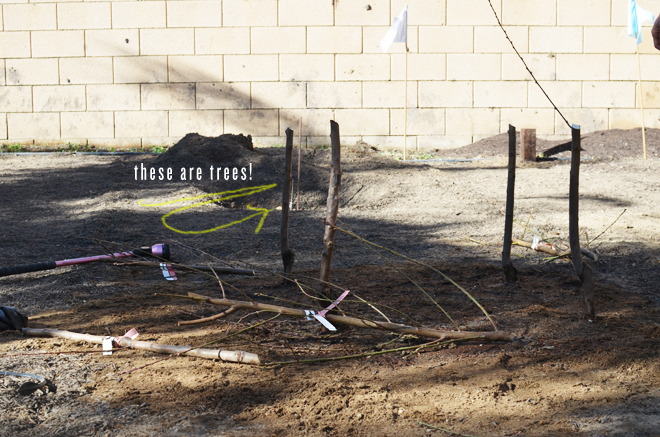 So I’m a little behind in continuing the sharing of our backyard orchard, but don’t worry, you’ll get them. Here, we actually get to planting our trees (well, this is back in December). After we heeled the trees in while we were spacing things out on the dirt, it was finally time to plant the trees. Ben marked the center of the hole with a short rebar segment, then with a string, he made his own protractor of sorts and created a 36″ diameter circle (by the way, he said, not needed, he’s just anal!). He used this as a guide to dig out his hole. Mind you, there were going to be multiple trees planted in one hole.

He dug out the hole to the depth of each of the individual the root systems and all the way around the circle he created. He grouped fruits together that would be most compatible with one another and that would also allow for successive ripening. I know, it’s a whole new language. Honestly, I don’t even understand it all. He tells me and I just nod and say, “Uh huh, uh huh, yeah.” (He spends a lot of time researching this; says he gets MOST of his guidance from the fine folks at Dave Wilson Nursery, their site and their “how-to videos“).

Then, he covered up the bare roots with more dirt and then chopped off the tree up to the height of his knee. It’s feels like a daring thing to do and the trees end up looking just like sticks in the ground, but that’s what you’re supposed to do, so that’s what we did.

We have 4 groupings of fruit trees, which means 4 holes, planted this way: fig trees with 4 varieties, nectarine trees with 4 varieties, cherry trees with 2 varieties, and pluot/peach with 4 varieties. Now, it’s about six months later from when these were done and they look a little bit more than just sticks in the ground now (sticks with some baby branches)… we even starting to see figs growing! We’re totally not pros and while Ben does most of the research that goes into planning this, we both love working in our backyard together!

Go back and see part 2 here…