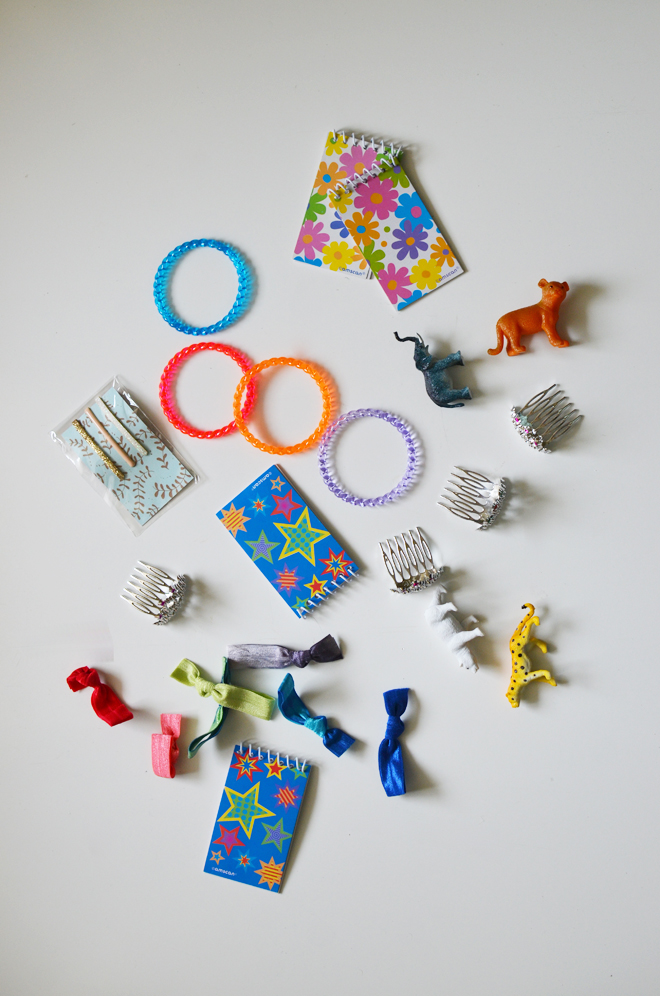 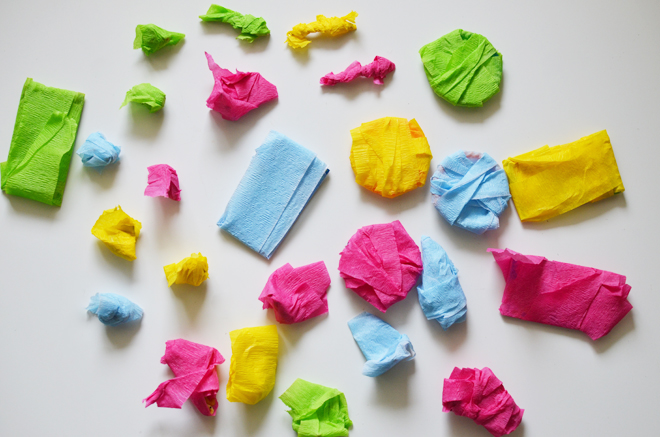 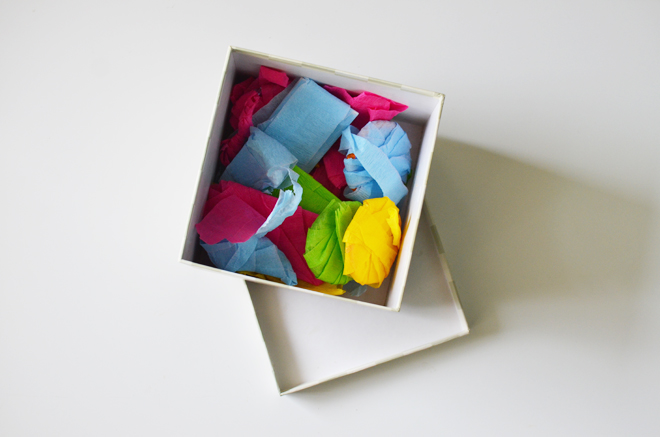 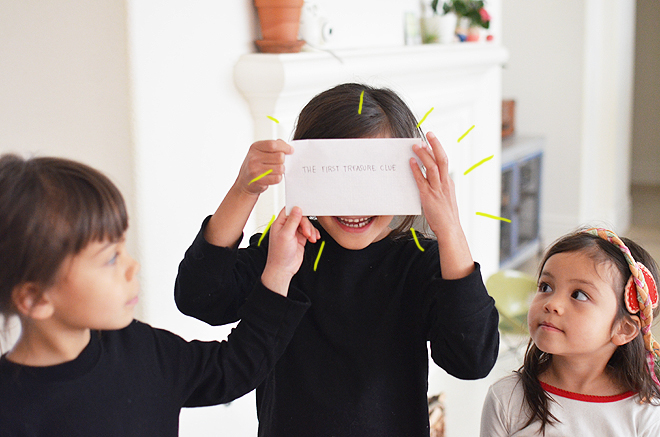 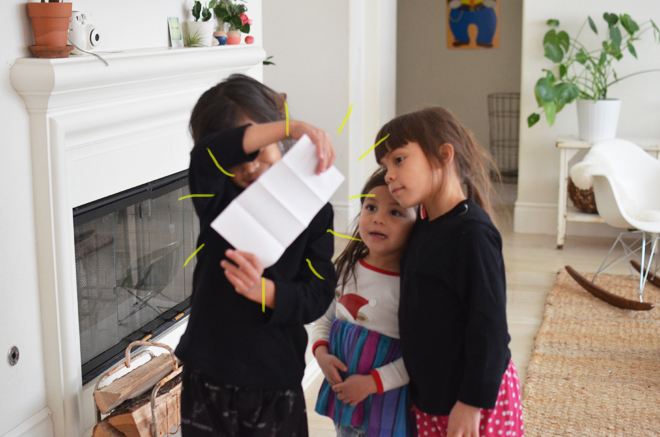 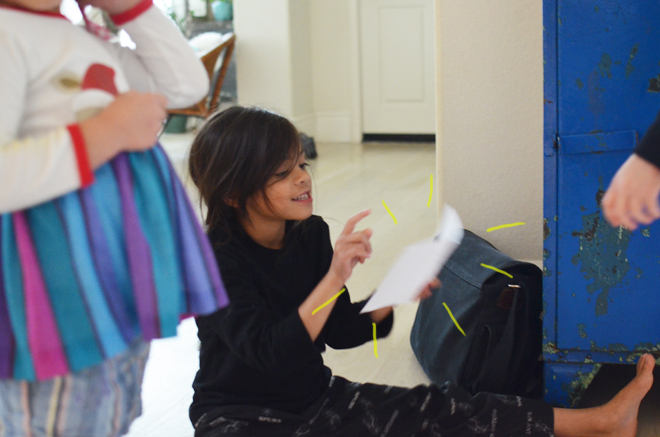 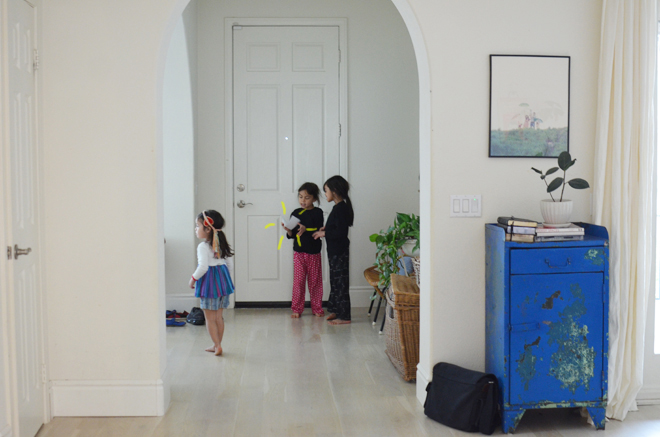 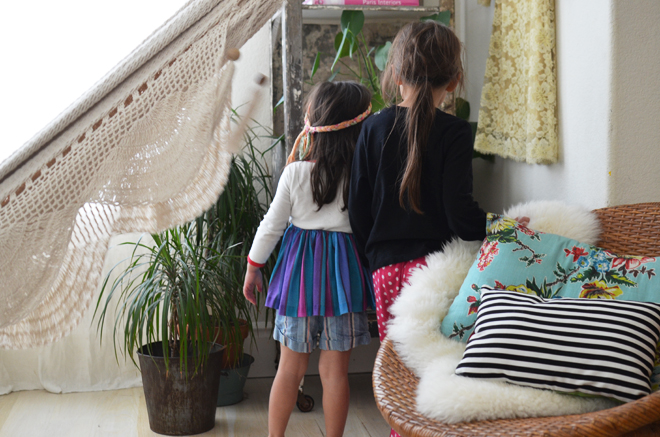 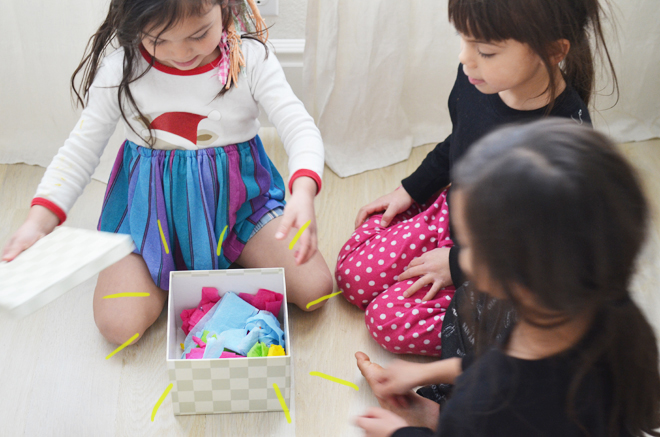 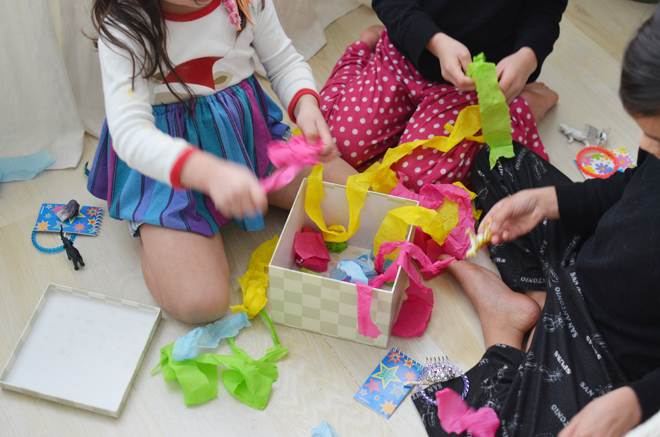 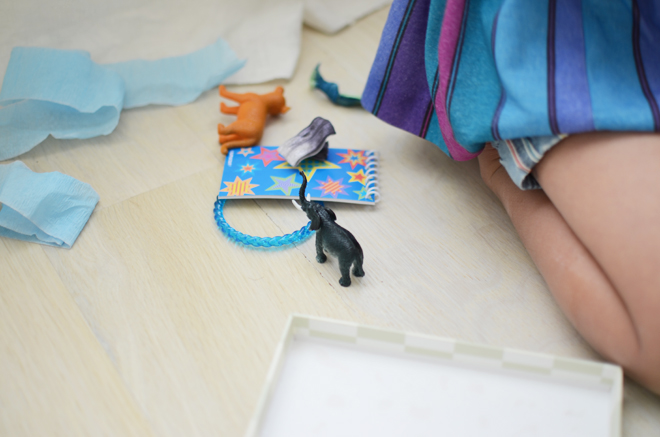 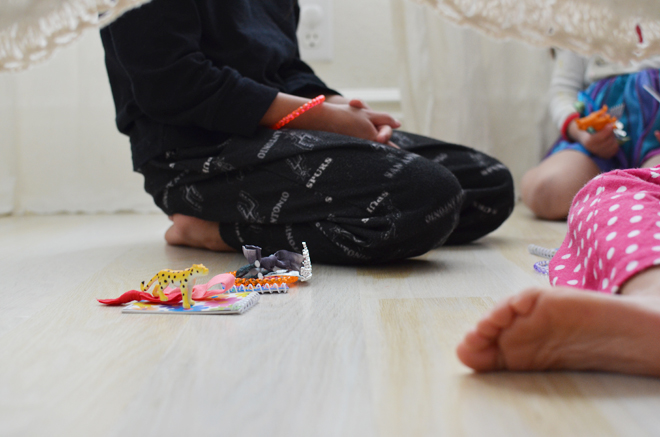 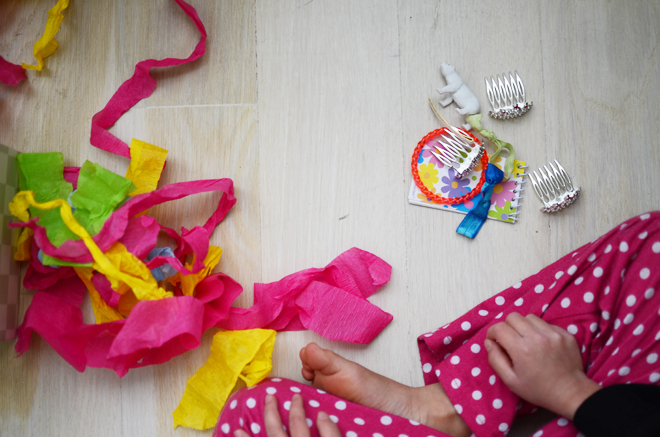 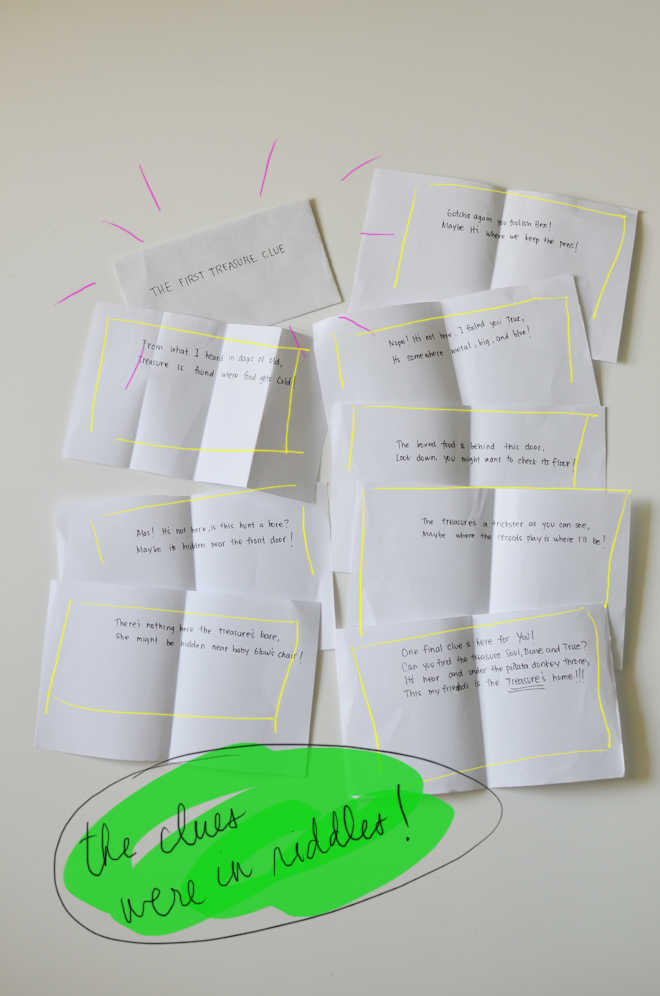 Our plans for Joshua Tree this weekend had to change due to the rain. The girls had been wanting to do a treasure hunt in Joshua Tree, but Ben and I made slight tweaks to do it at home instead. Honestly, though they had been asking for weeks, it was a last minute thing and I made a run to a party store on Saturday to pick up some little trinkets, threw in some hair goodies I had from Mane Message, and just wrapped those up with crepe paper. I dumped the contents of an old box out, and used that to put all the “treasures” in.

I originally thought we were going to do it Easter egg hunt style, but Ben was thinking we’d make clues, so then I switched to making clues. That was definitely a better idea! As a kid, my cousin and I loved writing riddles and turning that into a treasure hunt of sorts when we were at our grandparents’ house, so I tapped into those memories to make the riddles for my girls. I came up with 8, and then Ben and I set off to hide those in their designated spots. I wish I had done more planning and made it all cutesy for the kids, but I’m sure there will be more treasure hunts in our future, so I say this was a good start.

We let the girls know we were ready, and handed them their first clue. They opened it up, read it, and said, “Huh?!” We explained that they were riddles and they had to think about it to figure it out. They got the gist after the first two, and they were zooming here and there to the next ones after. Soul didn’t know how to read, so she was just there for the zooming to and fro, but despite her lack of reading skills, she is the one who unearthed the treasure after True and Brave read the last clue out loud.

The girls were excited to have found their “treasure,” and they sat their exploring the contents of the box. They divided up the goods in a peaceful manner (thankfully!) and spent the rest of the afternoon playing together with their new little trinkets. They were most excited about the little crowns and the hair clips. Glow was napping during the treasure hunting, but they made sure to save her some, and she was most excited about the bear. That little girl is obsessed with bears! The prizes were really simple, but I think what they loved the most was the fun of the hunt! So if you’re stuck indoors for a rainy day (or a snow day), I’d say gathering up some little goodies, writing some riddles for the kids, and having a treasure hunt, is a good way to make memories and have fun together!