in a corn maze 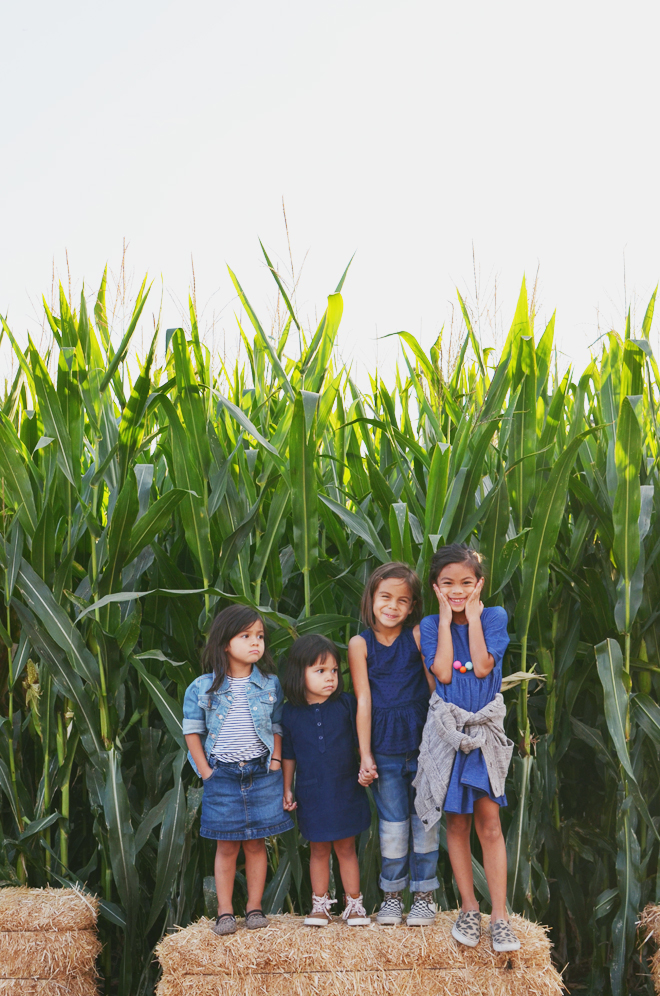 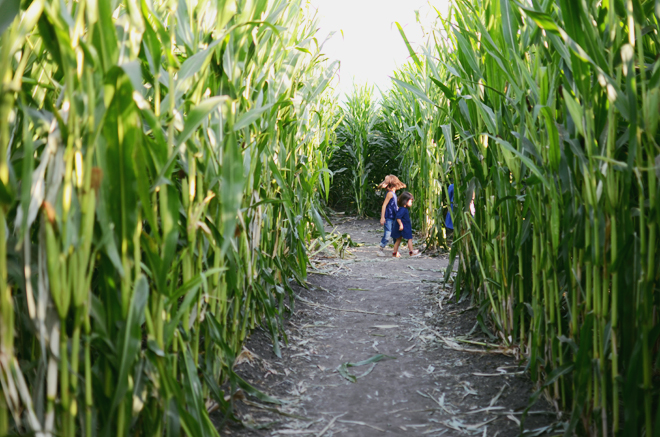 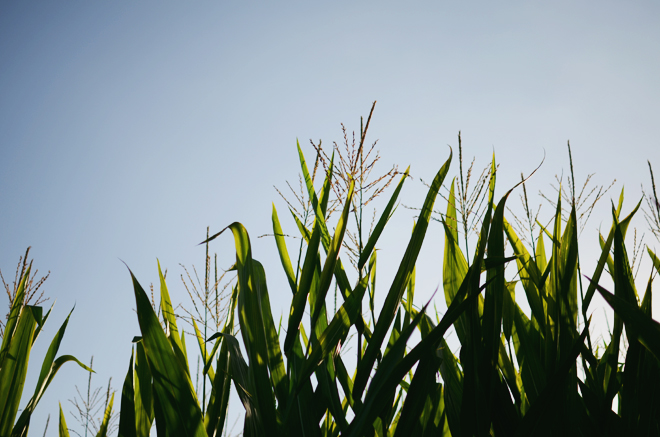 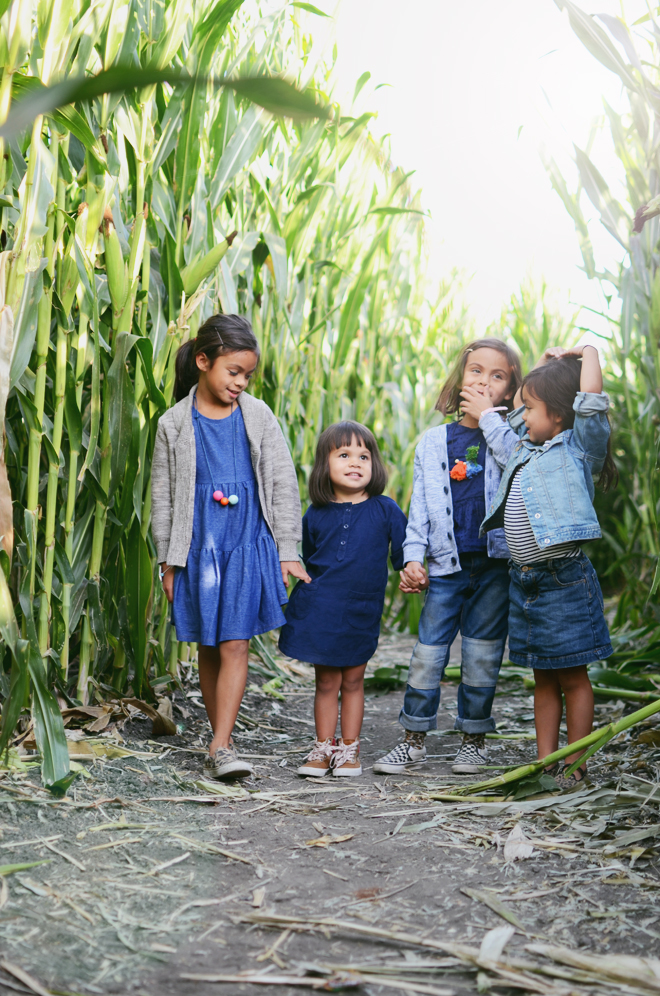 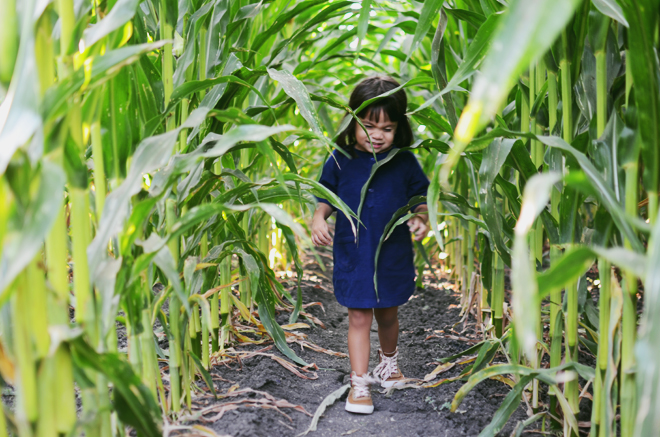 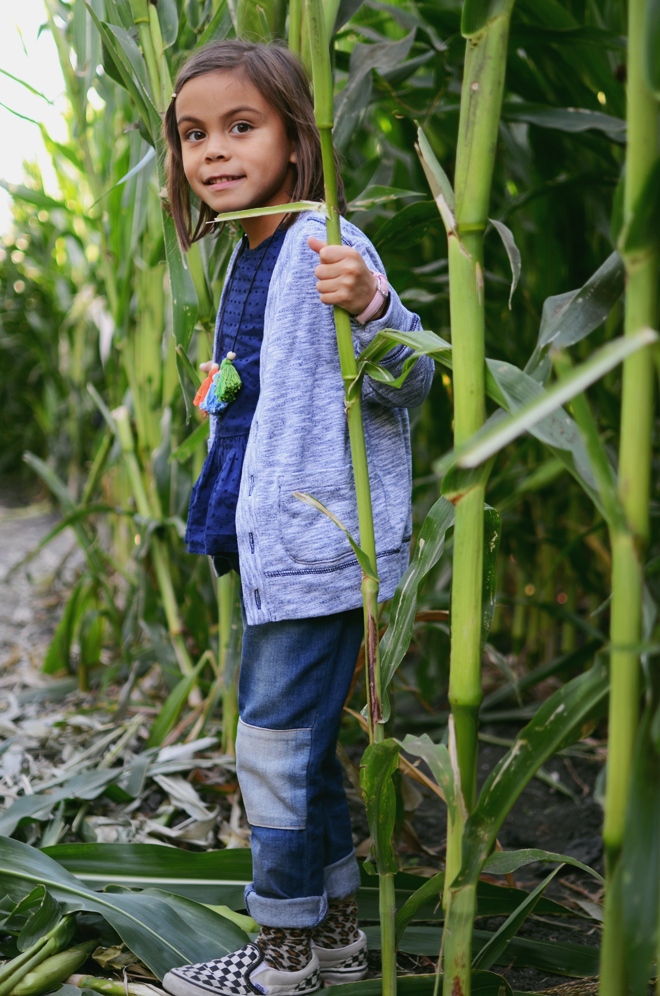 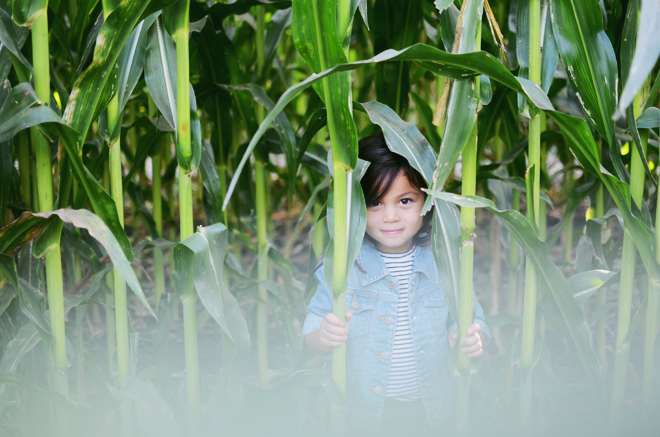 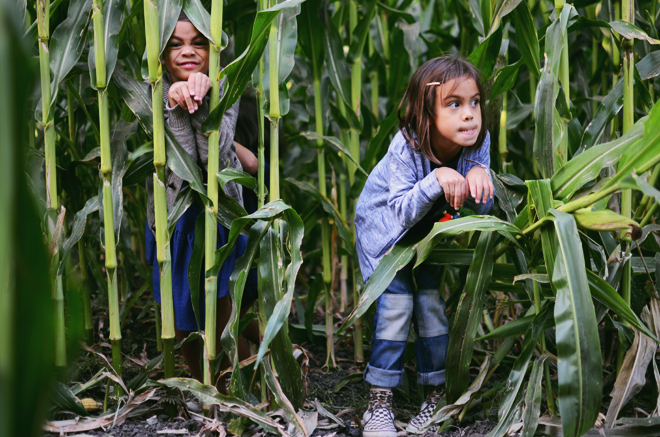 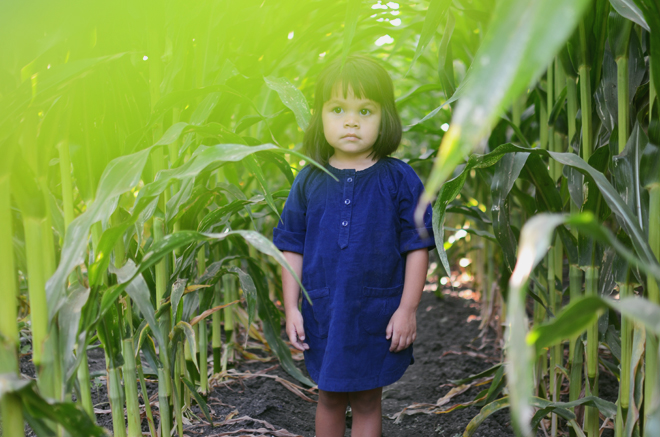 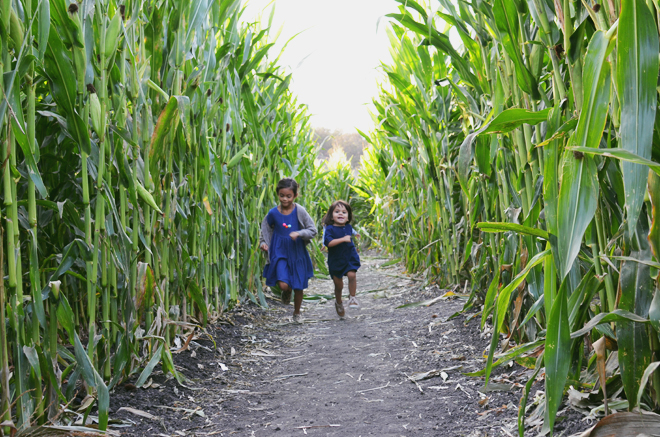 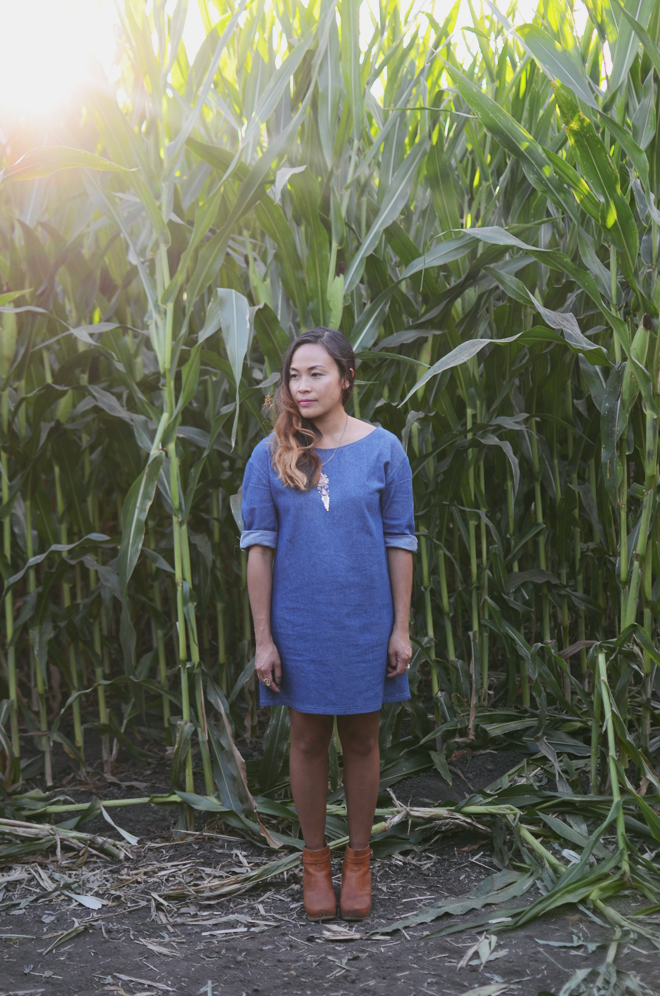 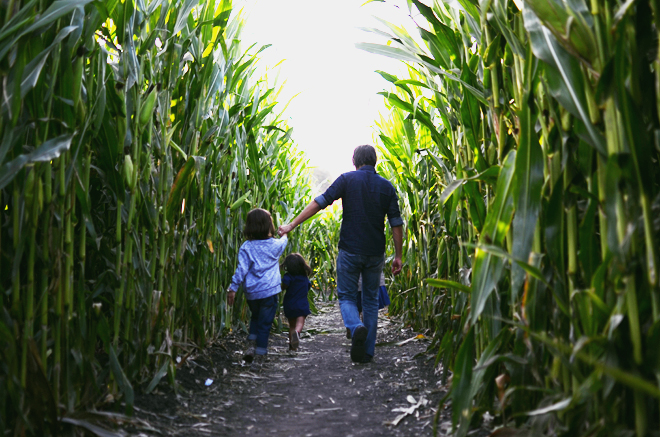 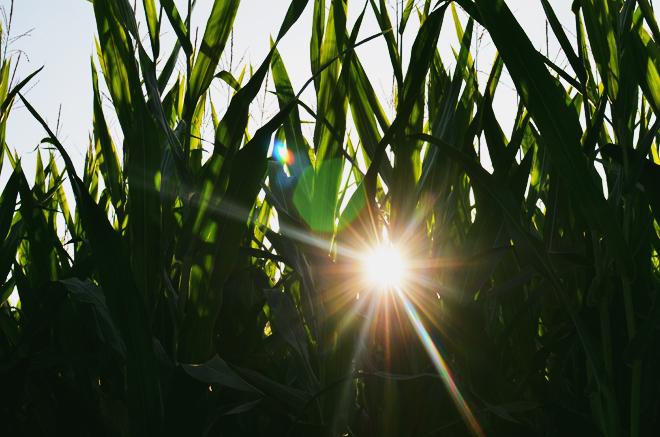 Pumpkin patches, corn mazes, and apple picking, it’s the must-do list of the fall season, right?! If you’re in SoCal, I think the Cal Poly Pomona corn maze is the best one I’ve seen in a couple years. Their pumpkin patch is usually pretty awesome, but we went just a week after they opened, and they were already sold out. Bummer for us because their pumpkins are reasonable and the whole field is a nice spot for family pictures. We noticed they had a corn maze, so we decided to still stick around. We went to one in Temecula a couple times, but this one just felt much more legit. Just like at the apple orchard, once in, the girls took off running. Of course, they asked first, and we gave permission with a few restrictions to abide by. We didn’t want to risk losing one on the patch, oh what a nightmare that would be.

Anyway, the girls just loved roaming (and running) through the rows and rows of cornstalks. We could have spent a much longer time in there, but the sun was going down, and some of the girls started complaining about needing to use the restroom. After they wore themselves out running through the rows, we headed out. We never found the end of the maze, so we ended up sneaking through rows to get out. Oh well!

It’s feeling much more fall-like here, so the sweaters are (finally!) coming out. This weekend it’s even predicted to be in the mid-60s and rain, so I’m really hoping the SoCal weather sticks to that forecast. We coincidentally all matched that day, but I guess I’ve just been into blues lately. True’s dress looks denim, but isn’t, and I appreciate when a dress doesn’t need to be ironed. If it were in my size, I’d wear it. True and Brave are both wearing sweaters from the boy section of Old Navy, even Glow’s high-tops are from the boy section too. Their boy stuff have lots of things that girls could totally rock! I’ve always loved grandpa sweaters for myself, so it’s cute to see teeny versions on my girls. Keep it cool California, we wanna bundle up a bit!

This post is sponsored by Old Navy. I’m thankful for your continuous support of this space and the brands I partner with.