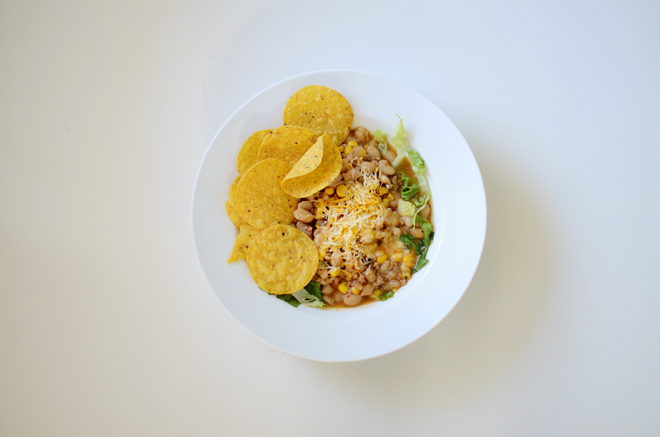 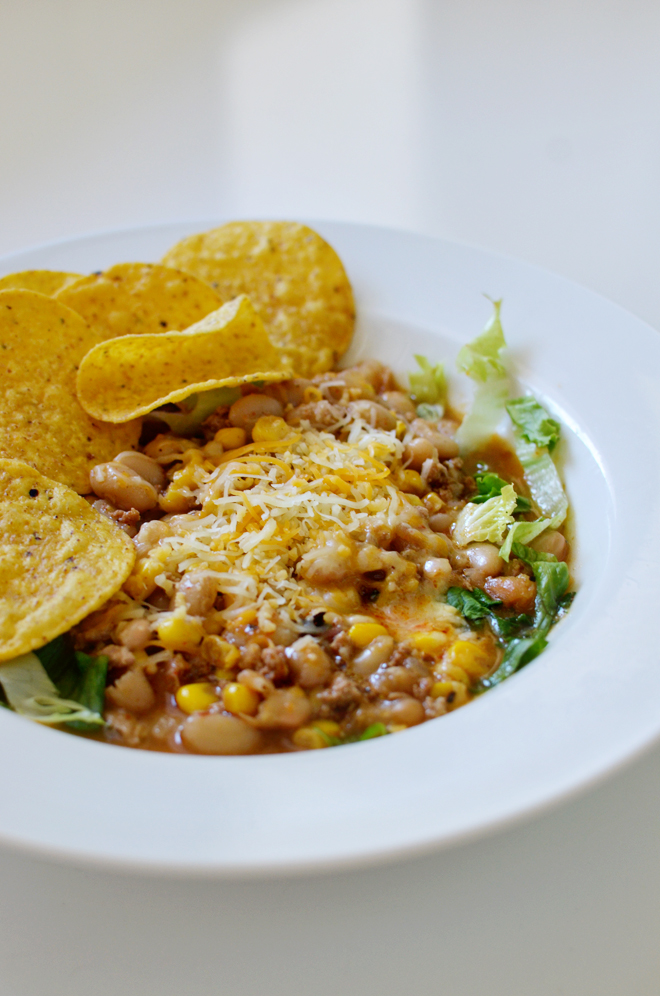 White Bean Chili. Yeah! Dinner Club is officially back on for the New Year. We started this last summer and typically Thursday evenings we have a group of friends over, usually the same ones, and invite some neighbors and new friends over too. We took a break in December for the holidays and we haven’t been able to resume until this week. It was so good! Most who come are married (a couple aren’t though), so we frequently talk about our marriage woes (we scare off the single folk too) and encourage each other to keep pressing on. Usually there is a lot of laughing going on because when we talk about our marriage woes, and once you’re removed from a particular fight, it’s just funny to retell it and see how ridiculous you’re both being. Anyway, I usually make some big pot of chili or soup because it’s the easiest thing to make for a big group of people.

I’m really loving being in the kitchen now. When I first started this family meal series, I was doing it just to help my family get more organized and be efficient with our dinnertime. I really hadn’t done much cooking previously, but after about 63 weeks of this, I’m feeling more comfortable stepping away from a recipe and going with my gut and taste. Ben rarely cooks anymore!

I need to keep working at getting the kids involved, so they can learn and love cooking too. Cooking was another thing I learned late in life (just like laundry), but I’d love my girls to get started early. It’s a life skill they need to know after all, not because they’re are girls, but just because it’s something good for everyone to learn to work towards being independent. I wish it’s something I learned at a young age. Ben started getting interested in cooking when he was a kid and he started making his own pizza from watching Reading Rainbow!

a day at camp