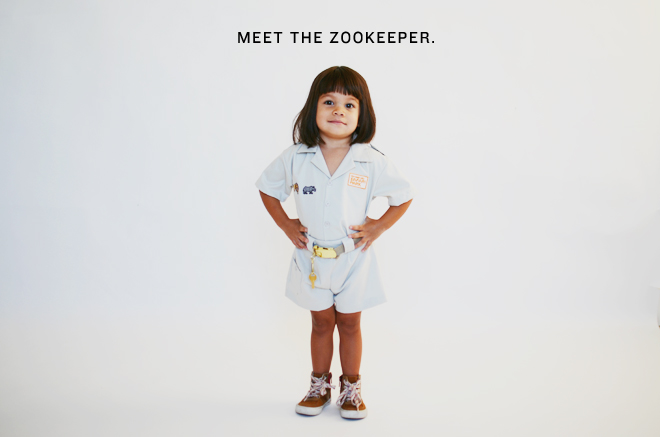 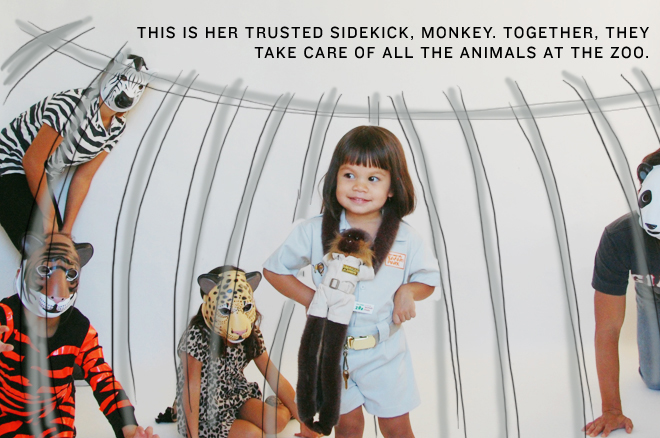 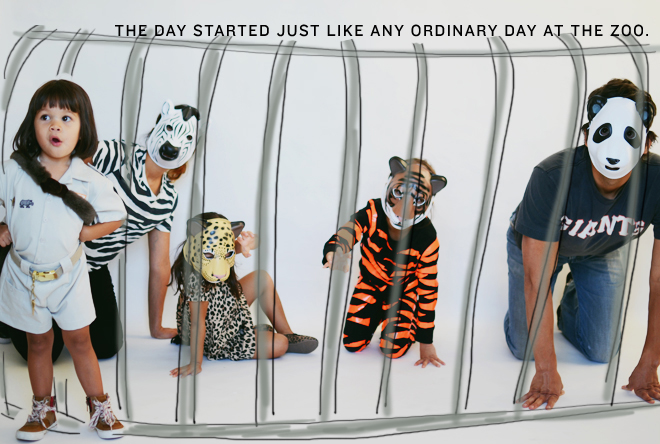 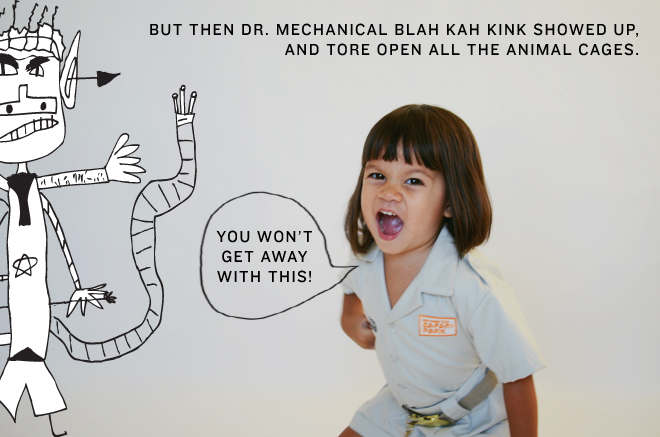 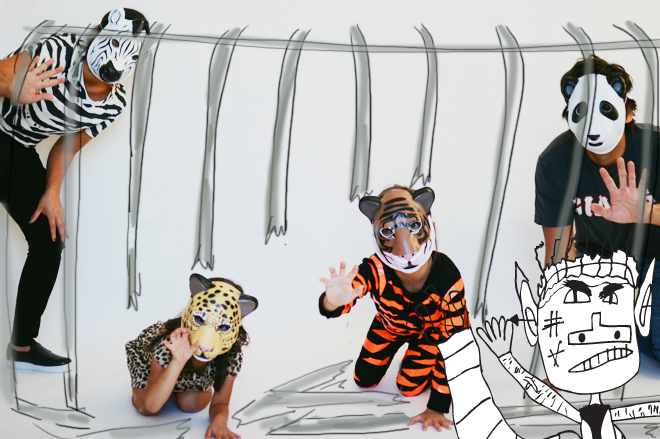 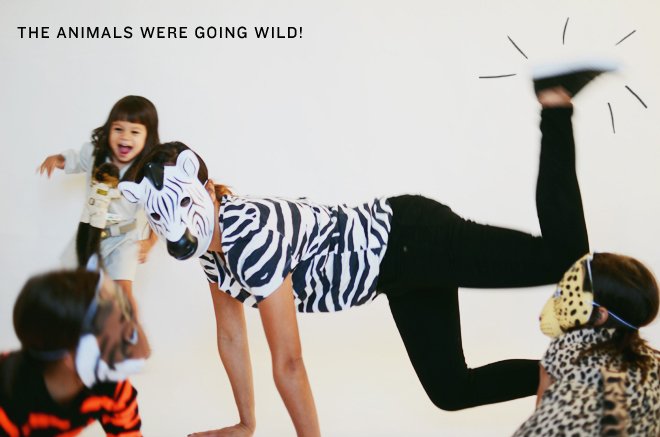 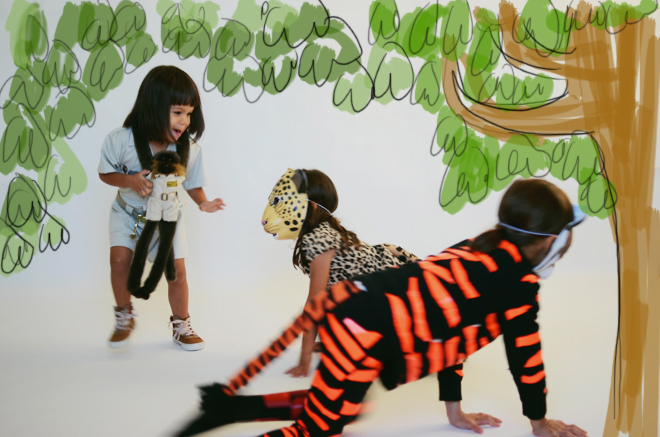 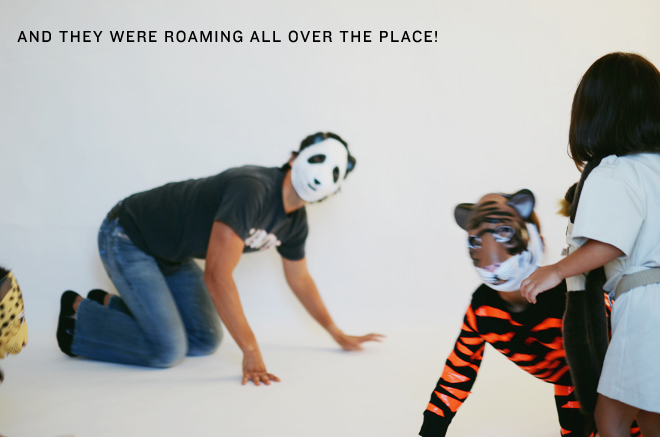 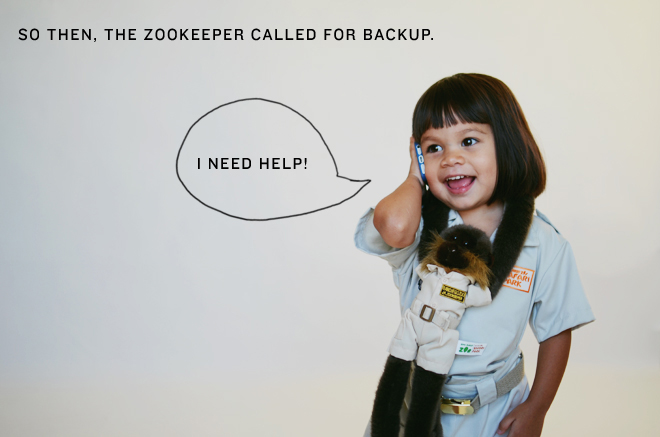 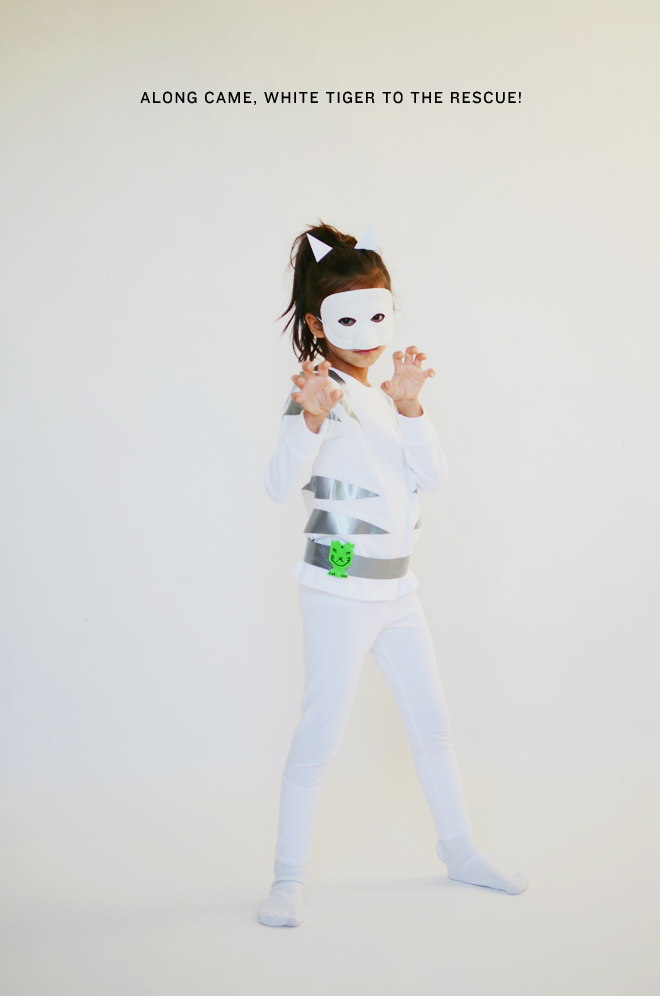 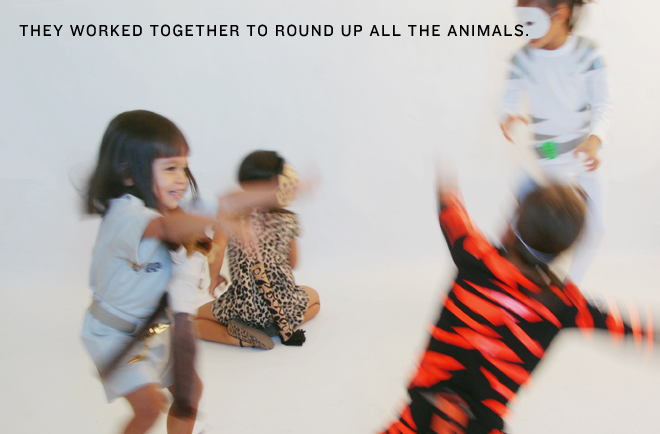 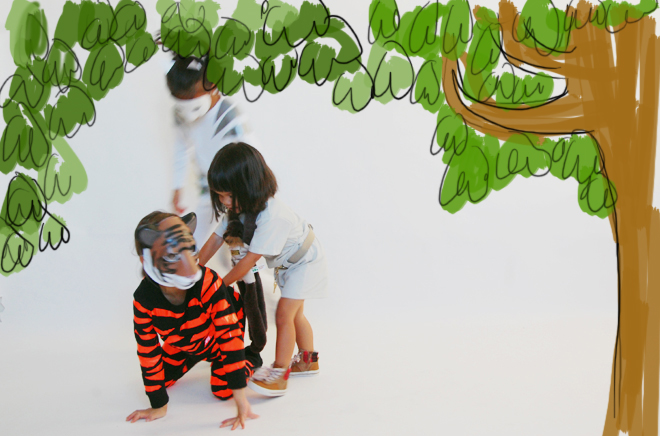 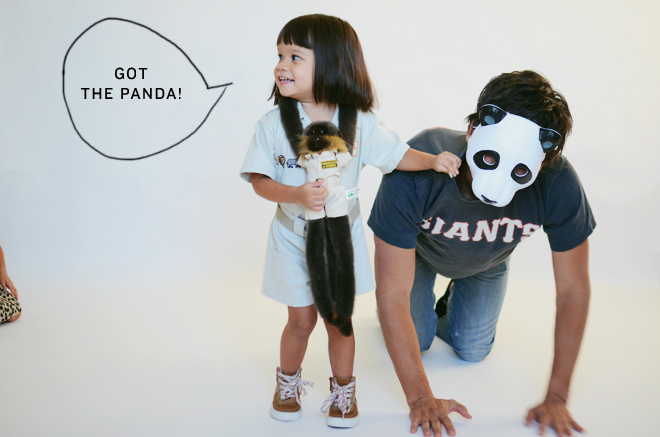 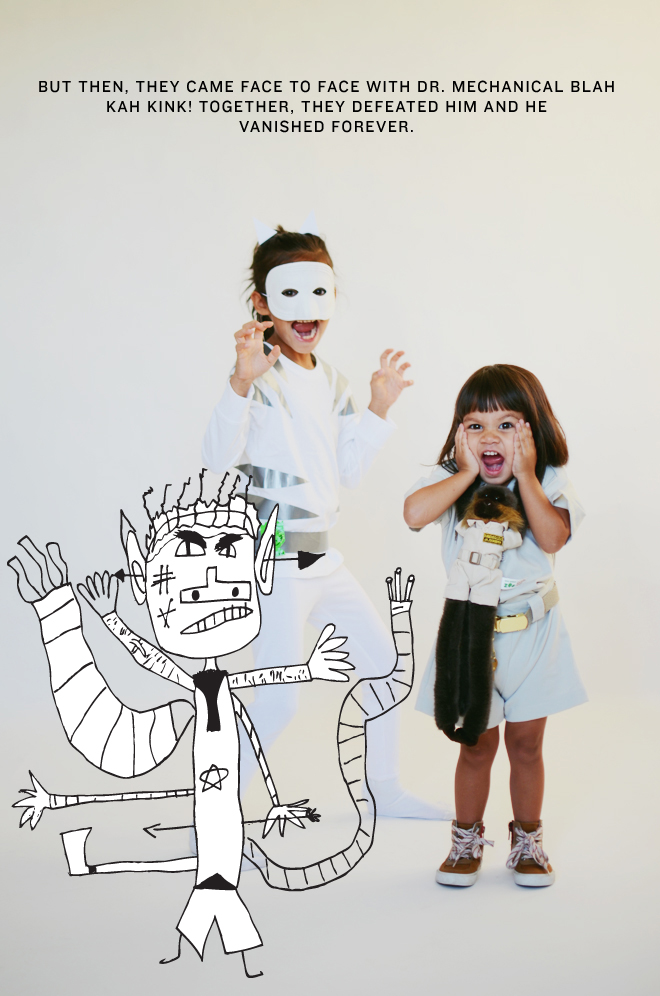 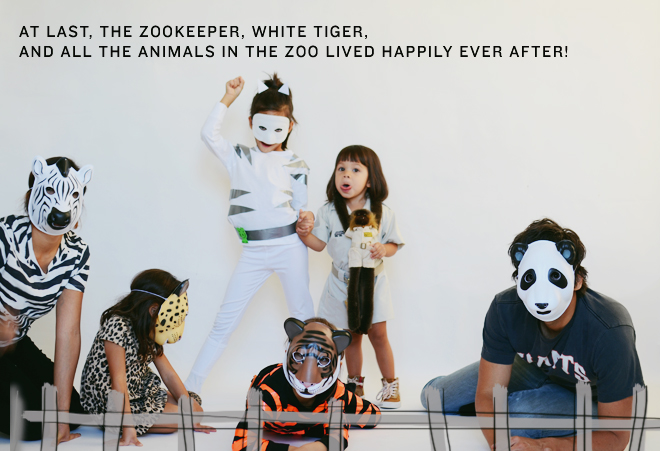 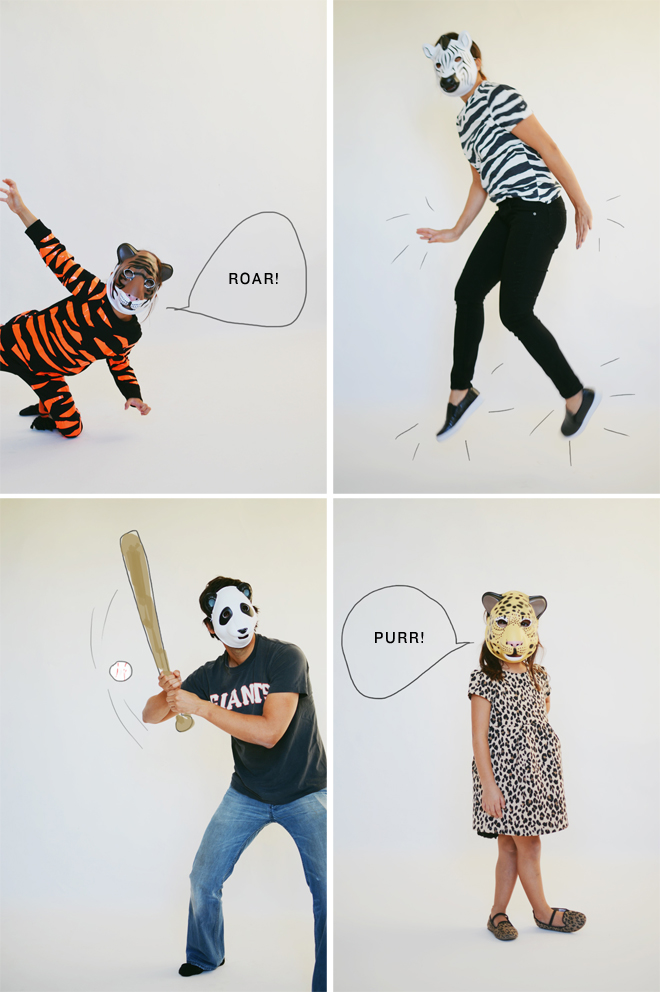 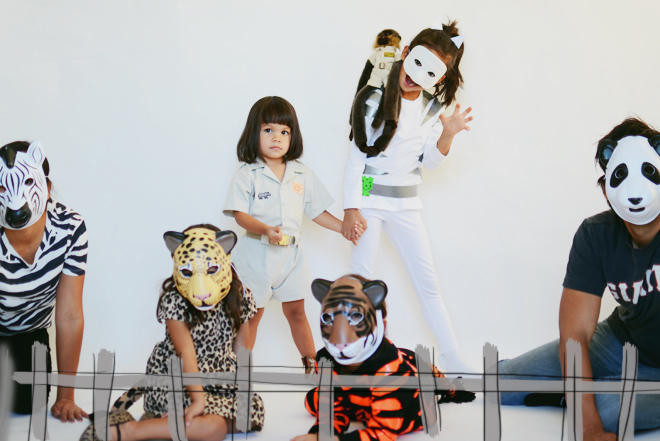 Our Glow loves animals. Her last two birthdays were spent at the zoo, so True built this story around her. We saw the zookeeper costume at the San Diego Zoo, and we knew this was totally her, so we bought it. Then, True created the story around Glow being the zookeeper. The girls still were able to each pick their own costume too, and while True didn’t want to be an animal exactly, she worked the story to be able to be her new favorite hero, White Tiger. We had some masks, but had to order a few extra. It was a lot less sewing for me this year (I’m so thankful!), but we were still able to put our own spin on it, and we have another family Halloween story for the books.

Have a look back at some of our past Halloween stories…
2013: The Mystery of Pinkie Pielilocks and the Three Bears
2012: The Adventures of Spider-Girl & She-ra
2011: Barbershop Quartet
2010: The Three Little Piggies
2009: Hannah and Gretel
2008: The Untold Story of Oz
2007: Little Red Riding Hood

12 comments on “the zookeeper’s wild day”